While the President turns the Middle East into a hotbed of peace, Joe Biden is trying to figure out his teleprompter cued to answer random questions.  The state of the election is beyond anything I could have imagined at the beginning of this year before the CCP bio-attack, and I wouldn’t change it for the world.

In 2016, I wrote in Cruz because I was scared of Hillary, and couldn’t take seriously a New York Democrat with a delusion that he could actually secure the border, stand up to China and re-align global supply chains back in our favor, cut taxes and regulations, end wars and stop policing the world, regain control of the intelligence agencies, promote and execute a space agenda, eliminate the funding of corrupt schemes like Paris Accord and WHO, and the myriad of actions too many to list. 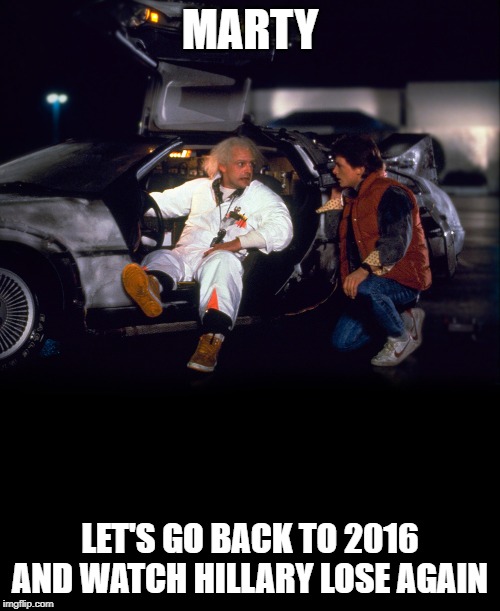 For me, this will be the first time I vote for a candidate, and not because I’m more terrified of the opponent.  I’m not alone.

How many of you know someone you would’ve never thought would support Trump, or started following politics and current events after years of not caring?  I’m seeing it in my circles, and I hear it all the time from others, so I bet it’s happening to you as well.  You may even be one of these people waking up.

Understand what this awakening means for the election.  This is not normal.

Ignore the polls.  There isn’t a single pollster who can accurately poll, and I’m even talking about the really good ones.  They can give accurate specific data, e.g. the number of new registrations for a party in a particular region, but nobody can accurately put it all together.  Ignore them completely.

The campaigns are polar opposites in terms of competency.  Creepy is hiding in his basement with a campaign staffed with useless gender-neutral soy-boys who’d otherwise be jockeying a latte machine if not for their current campaign gig.  They simply don’t have the experience, nor intelligence, to run an effective presidential campaign, let alone a lemonade stand.

President Trump’s campaign and the Republican National Committee passed an enormous milestone this week — making contact with their 100 millionth voter through door knocking and phone banking.

The RNC says it has knocked on the doors of 12 million potential voters in battleground states since mid-June — that’s around 1 million a week — while the Biden campaign has knocked on zero.

The wildly different door-to-door strategies could make all the difference in races up and down the ballot in states like New Hampshire, Pennsylvania and Michigan, which were won by razor-thin margins in 2016.

Creepy’s campaign is reflective of the candidate: lifeless and lost.  I’d link to some videos, but you’ve seen them.  Nobody believes he’s coherent and not suffering from dimentia.

Another significant disadvantage for the Democrats is the Trump campaign filed for re-election the day of inauguration, giving them an almost four-year head start.  Let that soak for a moment.

The ads have been amazing.  Almost every campaign ad uses the Democrats’ and Biden’s own words against them.  Example:

This is comical when juxtaposed with the fake news polling.  Any Trump rally is made up of ~30% Democrats, and the sizes are beyond anything Creepy can draw.  Let's put that another way: the share of registered Democrats at a Trump rally are greater than total Democrats at a Biden "rally".  Here's President Trump in "swing state" Nevada:

Accomplishments and the Economy

What the President has accomplished in almost four years is nothing short of a miracle.  There’s no way anyone could have predicted how effective he’d be with fundamentally restoring our country.

For all of the issues, he’s gone above and beyond expectations.  Immigration?  He cuts it off completely and builds a wall with the Mexican Police acting as the “second wall”.  Foreign policy?  He destroys ISIS, neutralizes Kim, and brings peace to the Middle East.  Defense?  He rebuilds the military, brings troops back, starts no wars, and launches the Space Force.

There’s no half-way with this guy on anything.

Economy?  People know it’s strong, even while taking a few hits during the shutdowns, but they’re topical and we’ve seen what MAGAnomics looks like.  Everyone expects the bounce-back to continue, hence why consumer sentiment is hot and business confidence is strong (currently stronger than at any point in Hussein’s depression).  In fact, as it was pre-CCP virus, the biggest negatives with businesses are finding qualified workers:

Twenty-one percent of owners selected “finding qualified labor” as their top business problem, with 41% in construction where the unavailability of qualified workers is slowing new home production.

The attempts to kill the economy by the handful of Democrat Governors has failed, hence why they’re trying to throw a hail Mary with mail-in ballots.  If any lefties try to dispute the incredible Trump economy, ask them why there's more job openings now than at ANY point in the Hussein depression:

The people are not stupid, and everyone knows the Trump economy belongs to the President, and any hits were because of the CCP bio-attack and the sustained Democrat shutdowns.  The President wins big on this alone.

One point I always try to make is the President now has immeasurable credibility.  When he says he’s going to do something, there’s zero doubt he’ll get it done.  He's proven he's not an all-talk, no action politician.  This is why his agenda for his second term carries so much weight, and why when people read it, they get excited because they know they’re going to get it.

The deep state isn’t what it used to be

The Marxist infiltration into our country and society has been possible from state and locally elected criminals.  They’ve controlled finances, local legislation, greased palms of fellow cronies, and controlled the voting rolls to maintain their grip for decades.

Now, local politicians are being arrested like we’re about to have the Nuremberg trials.  Criminals engaged in voter fraud are being arrested, and financial crimes are being exposed and prosecuted, all throwing a monkey wrench in the Marxists’ plans to keep control.  Chicago, Baltimore, and other strongholds are no longer absolute certainties.

While the deep-state foundation at the local levels is crumbling, people are fleeing these cities in droves.

Any remaining sane Democrats have left the party.  They’re either voting for Trump or not voting at all.  This is why you see the radical elements continue to win their primaries; this isn’t supportive of a Marxist takeover; it’s supportive of the fact that only the small fraction of radicals remain.

The CCP-virus lock-downs have exposed the authoritarian core of Democrats, even as the entire scam continues to be revealed.  In my red state, I can go to a restaurant, get my hair cut, and do most everything I could before the CCP bio-attack, albeit with a mask in many places.

Citizens of blue states can see the freedom we have in red states, and it’s either causing them to stew in infuriating hate for their Democrat office-holders, or they’re simply moving to less-restrictive saner pastures.

The freedom in less-restrictive states removes a huge chunk of voters from the deep-blue states consolidated with Democrat power.  It’s hard to elect Democrats when Democrat voters are fleeing your state.

Another aspect of the 2020 election is the illegal immigrant vote, or lack thereof.  In previous elections, their forged documents converted them into a solid constituency for Democrats, but in this cycle they’re effectively out of the picture.  Remember when Hussein Obama gave aid and comfort to these foreigners to influence our election?  Those days are over.

Last but not least, those voters who may have been too hard to reach have received quite the wake-up call in 2020.  The mayhem of AntiFa-BLM is something nobody sane wants, and why I believe Trump takes 50 states clean.

The people know the terrorists are being enabled and supported by Democrats and Soros.  The red line for us Americans is the criminalization of self-defense, and the Marxist Democrats have made it clear they will prosecute those who must use deadly force to stay alive.  The Marxist prosecutors and law enforcement then turn around and protect the terrorists like they’re an endangered species.

The people saw what happened in Missouri, and what’s happening now with Kyle Rittenhouse, and it scares the hell out of them.  This does not sit well with Americans.

This anger towards the lawlessness by the domestic terrorists is the X-factor that can’t be polled, and is a fluid, visceral emotion that essentially forces people to vote against it and for President Trump.  Fear, intimidation, and guilt works in socialist European countries, but not ours.

Voting for Trump is now a call to duty to protect our states and cities, regardless of how one feels about the President.

As I’m writing this, Oregon and North California are literally burning down from arson started by AntiFa-BLM terrorists.  The leftists used to pretend to care for the environment and it’s yet another lie that’s been exposed for all the world to see. 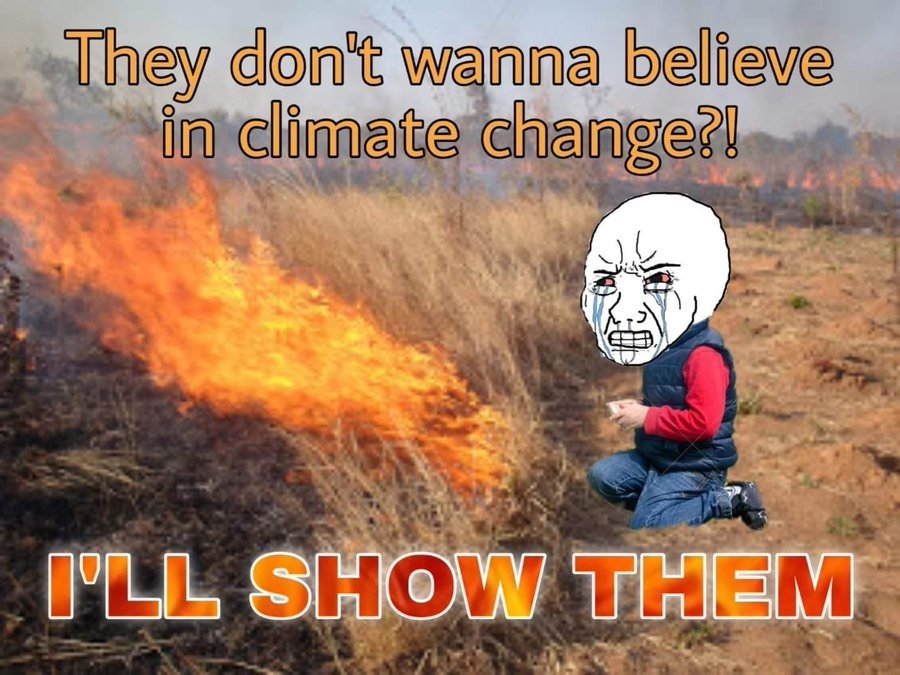 President Trump will take California, and guess who’s stopping by on his west coast swing to check out the damage?  He'll also take New York.  It sounds crazy, but how typical have things been lately?

Trump wins in an incredible landslide that would make Kim Jong-Il jealous.  It's that simple. 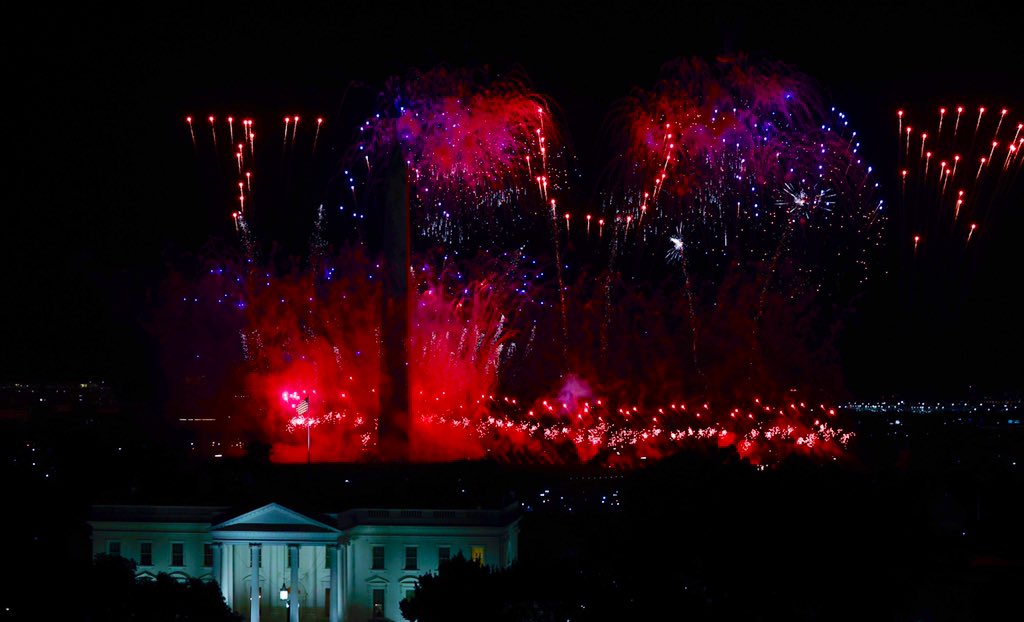