Tracy Beanz posted an article on UncoverDC about how Trump has them in a box, but first let me lead into that.  You know about the path to how we arrived here, with Judge Cannon taking the case, the Special Master request and appointment, and then Judge Cannon's order that the documents couldn't be used by the DOJ until the Special Master was done.

The commies went to the 11th Circuit, who didn't understand anything about what's happening, apparently, and issued a stay on Judge Cannon's ruling about using the seized materials.  The Twitter attorneys go into "Trump's a buffoon mode", saying "he should just give up" and focus on the illegal warrant.

What happens next?  Judge Dearie files a "case management plan", detailing expectations of the parties:

Within the plan, he details several steps the Trump team needs to take to reconcile the inventory list of the property taken from Mar-A-Lago. As an initial matter, the government released a sub-par inventory list. After some prodding, they released a more detailed  inventory that still leaves a lot to be desired. President Trump alleges that the FBI took things they shouldn’t have, and he isn’t without reason. The FBI admitted to taking documents like his passports that they shouldn’t have, along with medical records and tax returns, among other assertions. This fact, coupled with others, is one of the reasons he wanted the appointment of a Special Master in the first place. The interesting part comes in the coverage of the filing.

Beanz posts a few tweets from morons about how the walls are closing in for the umpteenth time.  Then she summarizes what Judge Dearie requires:

First, the judge says that by September 26, the FBI has to submit a declaration verifying the Detailed Property Inventory on the docket already. He wants them to swear that what is already filed represents the complete and accurate accounting of what was taken. We already know there have been problems there; they’ve admitted them. You could very well make a headline that reads, “Dearie Forces FBI to Submit Affidavit Stating they Didn’t Take Anything Else from Trump in Raid.”

Next, Dearie wants President Trump to provide to him a list of things found in the inventory list that was not taken but are listed there anyway. For example, if they say they took a box labeled “Top Secret Documents that Trump says he Declassified,” and Trump still has that box, the judge wants to know.

Then, he wants a list of items from that inventory that Trump says were seized but were not appropriately cataloged. For instance, if they took a pair of Melania’s underwear and listed it as being found in “Box A” from the bathroom, but Trump asserts it should’ve been listed as “Melania’s closet drawer,” that would be a problem for the DOJ.

Then, he wants a detailed list and description of anything Trump says they took but didn’t list. In other words, Dearie wants Trump to tell the court what the FBI stole from him in the raid.

Here's where I think Beanz nails it: Trump has everything, the entire raid, on video!

All of this is good for Trump, and all scenarios are bad for the enemy.  The cherry on top will be WHAT are the documents the FBI desperately wanted?  Along with the Hillary and Hussein crimes that many in the know are speculating, and the Spygate evidence, I think it's also Iran deal stuff and Epstein client list.  There's a reason the warrant was ridiculously broad and a blatant hail-Mary.

There's more in Beanz' article so definitely read it. 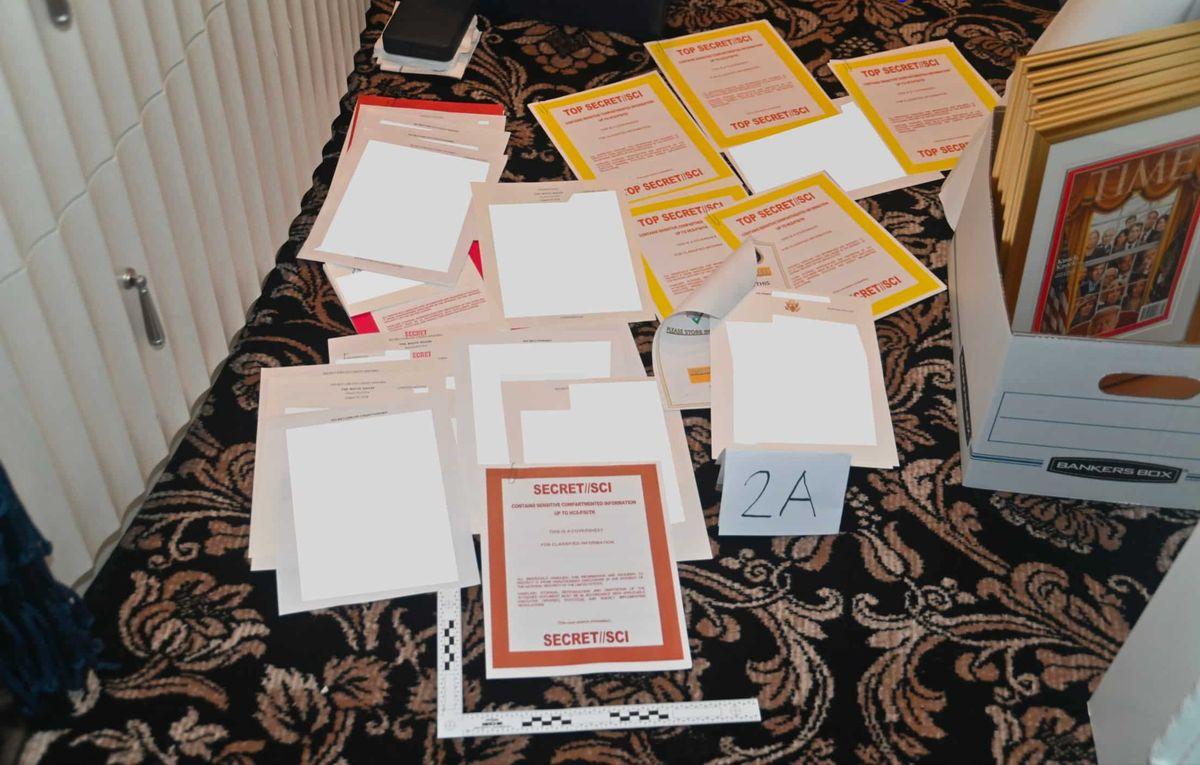