Conservatives protect and clean up the environment - leftists trash it

One of the biggest lies pushed to the masses by Marxist-controlled media and government schools is leftists care about the environment while conservatives want dirty air and water, hate trees, polar bears, nature overall, and we “deny the climate”.  The reality is conservatives are the environmentalists, and it's always been our duty to protect the environment from, and clean up after, leftists.

We're the hunters, fishermen, farmers, outdoorsmen, and survivalists.  We're the deplorable clingers in flyover country who cherish the Earth and respect mother nature.

To be an environmentalist, you have to love and respect nature; leftism, however, must contend with nature.  Marxism (the basis for their economic philosophy and worldview) goes against human nature.

The vehicle for a takeover of free market capitalism is the climate change hoax, where they get people to believe that man affects the climate.  When people believe businesses hurt the environment, they support business-killing regulations implemented by the EPA.  The concept of man affecting the climate and assertion that CO2 is a pollutant, however, goes against mother nature.

If your philosophy goes against human nature and mother nature, then you can’t be an environmentalist.  One staple of Marxism is to bend and conflate the meanings of words and phrases.  They were clever in taking the concept of pollution and binding it with CO2, tagging it with "global warming", and then morphing real pollution and the global warming hoax into "climate change".

Most of us aren't that stupid and so easily duped.  Pollution is something that we can see and smell and affects us in real life.  Global warming, or "climate change" is something us normal people know is a hoax.

Leftists pollute the environment with trash, which degrades quality of life.  Their policies encourage and enable this pollution, like providing free hypodermic needles, allowing homeless to congregate while allowing public defecation and urination.

Those of us who live in suburbia and rural areas can’t grasp this mentality of pollution tolerance and encouragement.  We don’t understand why anyone would throw trash on the ground.  If we witness someone litter, we're viscerally disgusted, like if we saw someone kick a puppy.

I’ve seen leftists litter, but in my almost fifty years I’ve never seen one take a dump at noon on a Tuesday on a sidewalk like it's no big deal.  I honestly don’t know how I’d react to something so normal in leftist-controlled cities.  I’ve occasionally smelled the remnants of urine in a downtown parking garage, but I can’t imagine smelling it to where it’s a normal part of my day.

The smell of fresh urine permeating the morning air mixed with a whiff of poop scattered along the sidewalk on the way to their place of work must have a calming effect for them.

The task of cleaning up leftist messes will always be a responsibility of us conservatives.  We saw this in Baltimore after Scott Presler organized a cleanup that was fiercely resisted by the city.  In the suburbs, it's not uncommon for volunteers to pick up litter on the side of the road once in a while.  We don't hate life, we love and care about our communities, and this is what normal people do.

Public events of political nature leave no doubt of how little leftists respect the environment.  From Obama’s inauguration to Occupy, leftists literally leave tons of trash behind without care.  During Tea Party gatherings that started early in the Obama administration, the areas were left cleaner than when people arrived.  Conservatives pick up trash; leftists don't. 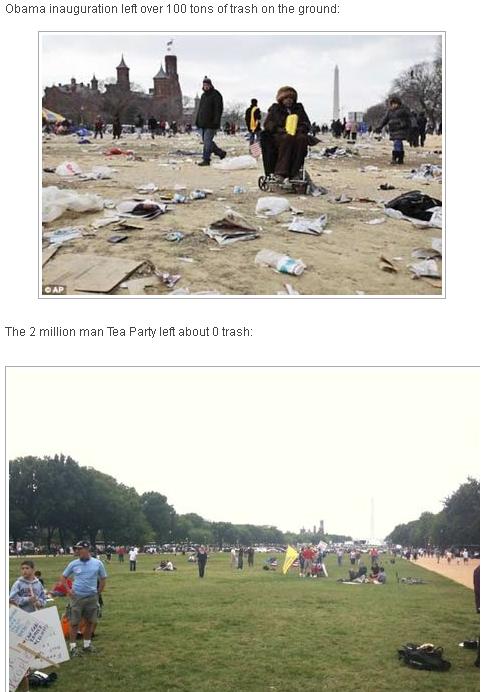 Leftists are dangerous, as evident by the California fires last year.  Leftists pretend to care about trees and the forests, but they implement policies that prevent care, increasing the potential for wildfires.  How much damage and innocent animals and pets, were killed by leftist idiocy that they blamed on "climate change"?

Marxists aren’t as shy as they used to be about the real purpose of the global warming scam.  It’s a scam created by communists to control and stifle capitalism, and the majority of the American people don’t believe it.  Common sense tells you it’s a hoax.  If it wasn’t a hoax, they wouldn’t need to keep parroting the debunked “97% of scientists agree” lie.  In fact, very few real scientists support the hoax.

This hoax is used to justify inefficient energy policy that hurts the environment, such as wind turbines.  They’re bad for your health, and kill hundreds of thousands of birds and bats every year.  They’re an eyesore against the backdrop of an otherwise beautiful landscape, surrounded by the scatter of dead birds like bald eagles. 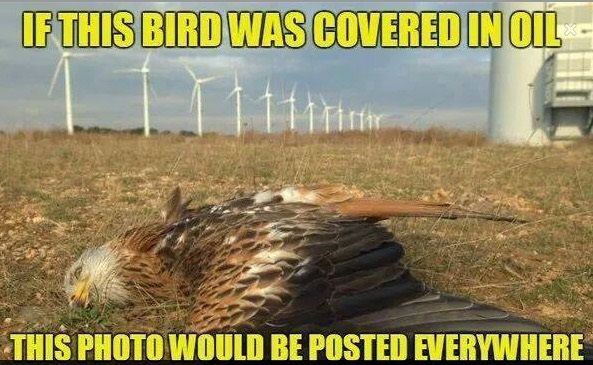 I was going to highlight the Democrat town hall on the global warming scam "crisis", but it’s too much idiocy to indulge.  I will however highlight their hypocrisy on “population control”.

How amazing is it that they’re no longer hiding their population control agenda.  That’s another topic we've known, yet the concept was ridiculed as “kooky conspiracy theory” for years.  This new crop of Marxists did not get the memo that they need to hide their agendas.

This idiocy is what academia is crapping out nowadays.  These are grown adults trying to convince us that cowfarts hurt the environment and that CO2 (what trees and plants need to live) is a pollutant.  "Idiocracy" is now a documentary.

Instead of focusing on pollution by advancing new technology, education, and promoting policy, they push a hoax that doesn’t even remotely make sense that nobody believes.  Global warming is such a crisis that nobody watched the town hall on CNN.

In conclusion, leftists hurt the environment by trashing it, allowing forests to catch fire, and building machines that kill innocent animals.  There's plenty more and we can write a book on it.  That book, however, would likely be banned if lefties ever get back in power.

(Addendum: there are some ways that Marxism can help a city - read this).