Parscale launching psyops on Dems before start of 2020 campaign

The 2020 election has already been won without firing a shot.  In an interview with Jesse Watters, Brad Parscale dropped a preemptive psychological bomb by disclosing that Trump rallies in blue states break out to 30% to 40% of registered Democrats.

To make matters more demoralizing for the Democrats, he says they're bringing on over a million new registrations per month.  These aren't regular registrations; the voter and their data is tied directly into the campaign.  The direct polling is real time and come election day those voters will be at the polls.

Consider the current state of the Democrats.  They have 89 candidates in a complete state of disarray.  The Marxists are at odds with the moderates, who are at odds with the social justice warriors, and they all have overlap.  Who is the Democrat leader?  Pelosi?  Cortez?  Kamala Harris?  Obama?  Sanders?  Nobody knows and there's no consolidation.

Their best chance, which was really no chance, just got drenched with a tidal wave of "Creepy Joe" memes and is effectively out of the campaign.  They have no message beyond "orange man bad", are the party that attempted a coup, have alienated millions of potential voters, and are still awaiting the Mueller report, OIG reports, FISA declassification, and stacks and stacks of pending bad news.

What Parscale said in that interview, and a few others, was meant to completely demoralize the Democrats before they even start.  The numbers of voters fleeing the Democrats is bad enough news for them, but Parscale gave a glimpse into how the GOP GOTV machine is humming.  Parscale has the process so dialed in that they know what election day looks like literally down to the voter.  If you're a Democrat on election day, that is terrifying.

Nearly 20 months out from the presidential election, the Trump campaign is already more organized and better-structured than its 2016 predecessor ever was. It's hired dozens of staffers, expanded its already impressive data operation, and begun to build out a formidable ground game across the country.

It's also raised (and spent) a record amount of money for a presidential re-election campaign at this stage. The campaign ended 2018 with $19 million in the bank, after raising more than $100 million alongside its joint fundraising committees over the first two years of Trump's presidency.

Perhaps the most significant difference is the relationship the campaign has with the Republican National Committee. Compared to the uneasy, bolted-on partnership forged in the final sprint to Election Day in 2016, the Trump campaign and RNC are now practically one entity. Under an unprecedented agreement announced earlier this year, the two merged their field operations and fundraising efforts and will share office space.

Under this setup, the RNC will pay for and provide much of the infrastructure, and the Trump campaign will call the shots.

The result, according to interviews with 16 Trump campaign officials, Republican operatives and White House officials, is a presidential re-election campaign unlike any other at this early stage. That's partly because the Trump campaign never actually ended. Trump filed for re-election just hours after his inauguration on January 20, 2017, something no other president has ever done. Both Presidents Barack Obama and George W. Bush had been in office for more than two years before they filed for re-election.

How many rallies has President Trump done since election day?  Would you believe sixty?  That's a lot of rallies, a lot of people, and a lot of practice runs and data gathering for campaign season.  Every attendee is required to provide their phone number and engage with the campaign.

Voter prospecting is “the second big thing in terms of 2020 that's going to change American politics”, Parscale said. “Think if I had the email address and phone number of every single person who could vote for Donald Trump before the election”. The campaign is spending $2 million a month doing exactly that, Parscale shared during the conference. Back in 2015, "the most people [the Republican National Committee] could contact to show up [to vote] without using television, advertising or some kind of mass media was 2 million people”. By 2020, “we're gonna have 50-60 million. That's a change in mentality”, Parscale emphasized. Why is this so important? “In United States for election you only need about 62 million people”. So, around the election, the Republicans will use this massive database to message and call their prospective voters to say: "it’s time for you to show up and vote for what you already saw”. And “that’s a gigantic advantage, because the democrats can’t do that”, Parscale added during his TV interview.

Parscale has a two year head start on the Dems, who are effectively crippled.  The President just withstood and overcame an attempted coup by the Democrats, Hillary Clinton, and Obama, and the economy is strong as its ever been.  The President has taken control of the issue of abortion and immigration and is signaling he's about to take health care.

We will see polling that shows Trump getting trounced, and many Republicans will declare defeat because uninformed kids want free stuff.  This will be the first election I literally ignore all polling.  I've been fooled enough, and I'm pretty confident everyone knows how fake the news is at this point.  If the media had any clout, Hillary would be president right now.

Trump has completely renovated the election game, just like an old broken down building he wants to turn into a luxury hotel.  The GOP consultants who scam candidates, like Romney, are effectively out of business.  I have never seen anything like this. 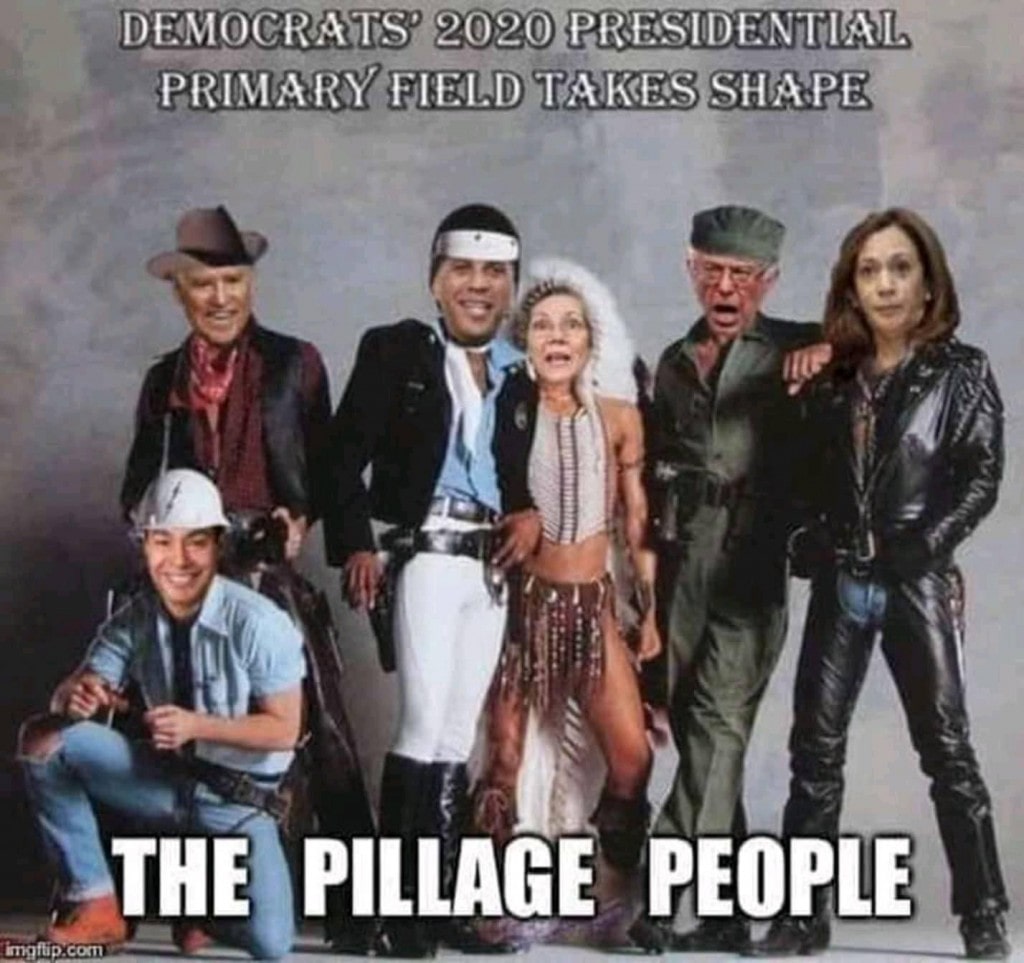