When Donald Trump took over the White House, a lot of consultants and GOP parasites who feed off the carcasses of failed RINO campaigns were left in the cold.  As leaks were plugged and sources dried up, the never-Trump media have been starving and moved onto openly supporting the Marxist left and ultimately Biden.

Some of these never-Trump losers, like Erick Erickson, have been able to hold onto a gig that pays while many of his brethren have had to change their spots and grift to cover their bills.  Many have gone underground, waiting for the day when President Trump leaves office.  Haley is one of them.

Nikki Haley is an America-last RINO who will let the enemy back inside the gates of the castle.

First off, she won’t be the first woman president; if we ever have one, it will be THIS lady (I don’t think a woman should be president, but that’s just me).  President Trump set the bar and standard for what we should expect of our President: someone who has at least started a business.

Lack of intimacy and understanding of small business aside (the foundation of our economy), Haley is weak.  Very weak.

Think of the immense pressure President Trump has been under to not go against China, or to not move the embassy to Jerusalem, or to not de-fund the WHO, or to not pull out of the Paris Accord, or to not implement any actions on his long list of his pro-America, anti-globalist accomplishments.  To save and preserve the country, our President must be incredibly durable and strong.

Haley has proven to cave with a micro-fraction of pressure that President Trump faces before breakfast daily.

While Governor in 2015, Nikki Haley called for the removal of the Confederate Flag from the South Carolina State Capitol. This is an anti-American act that slaps our traditions and culture in the face.

This may seem trivial, but it was an important cultural moment when us Tea Party and America First citizenry needed actual leadership and resistance to the Soros-funded movements from our Republican leaders.  Instead, Haley took a knee.

Ambassador Haley told the world that man-made global warming is real.  It’s not, and nobody intelligent believes it is.  If you want to argue that she is intelligent, then you must concede she’s weak and would submit to the CCP, who finances this lie.  To put another way, Haley repeated a CCP lie to the world.

Haley wants open borders.  She hides behind the qualifier of “we want legal immigration”, but wants to open it up to every third-world miscreant who’d fill out an application.  The last thing we need is to open our borders, and only an America-last candidate like Haley would take this position.  A President Haley would destroy the incredible national security accomplishments of President Trump.

“But Nikki Haley is strong on the Second Amendment, right!?”; wrong.  As an America-last politician, she would carry the torch passed by the Hussein Obama administration to slowly whittle down our right to bear arms.

Haley is easily manipulated and will believe anything.  Proof?  Here ya’ go:

We should all stand with @BubbaWallace today against the cowards who secretly put the noose in his garage stall. Watch your back cowards. Bubba has a bigger army than you do. #HateWontWin #WeStandWithBubba

Is this someone who would not be intimidated by Soros, Hussein Obama’s OFA, or any of the domestic terror organizations like AntiFa-BLM?  She has proven the answer is no, and the Jeb-Romney-Ryan America-last Republicans are licking their chops waiting for her to run in 2024. 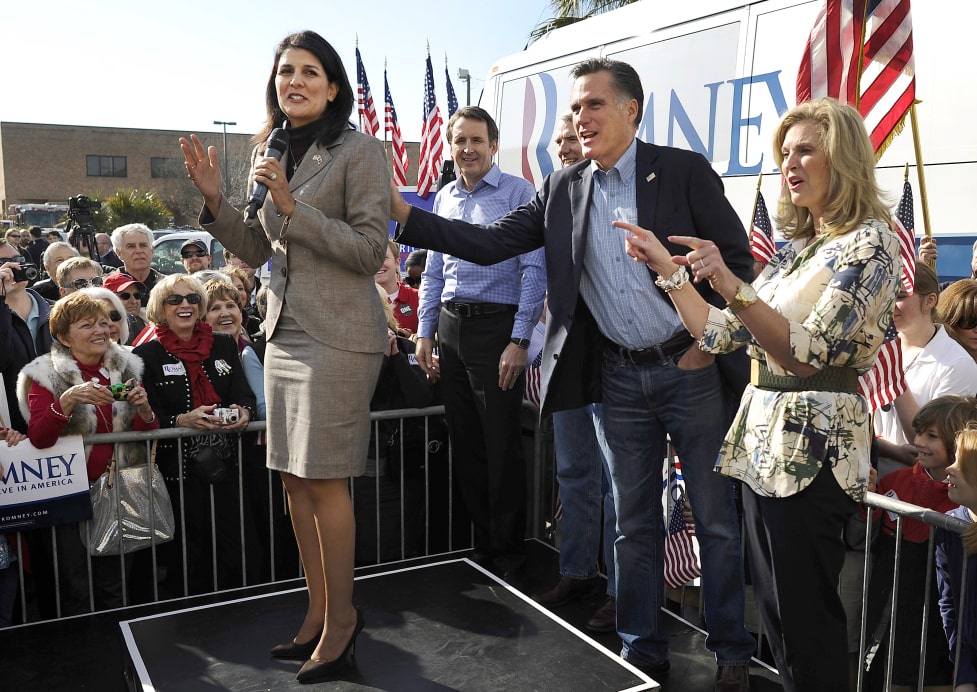