There’s a sharp division among us Trump supporters regarding immigration, and it’s pretty passionate.  We’re all united on illegal invaders attempting to infiltrate our borders to spread disease and crime, but not so much on legal immigration.

We should completely eliminate all immigration, and only allow visas for visitation to those from countries with whom we have trade agreements.  We’re in the process of healing our country and economy, and we can only do that from within.  We have a lot of anti-Americans born here in the United States and most of that sentiment is from legal immigrants with ulterior motives.  They can go back to their sandbox and hate America on their own soil.

There’s a school of thought that Americans won’t do the work that illegals will.  I understand the challenges of hiring legal workers when flooded with applicants in possession of fake documents while the Rio Grande river water is still dripping from their backs, and I also understand the various recruiting and placement challenges with various positions at all levels.

Here’s the punchline: the narrative that American workers won’t do the work illegals will may seem true, but it’s not.  It’s a distorted lie used by those who do not have America’s best interest at heart.  To understand this, you must understand these truths:

– the Marxists need to take control of our elections by packing states with higher populations beneficial to them to maintain electoral control.  This is why illegal immigration has been encouraged and rewarded by government, and the push for illegals to be legalized.  Don't think so?  Here's Obama encouraging illegals to illegally vote.

– minimum wage drives down wages.  Because of government school programming, this may seem counter-intuitive to you, but it’s what happens.  I address that here.

– globalist-Marxists can not allow the United States to be competitive in manufacturing.  The lower the wage for the American worker, the less advantageous it is to move production overseas.  President Trump has been changing this.

– it's important for the globalist-Marxists to destabilize our society in general.  For a case-in-point of what our situation would be if not for Trump, check out a country like Sweden.

Americans will do the work illegals will do, but there’s a different recruiting approach with Americans versus illegals posing as legal, but life’s hard.  So, what’s happening?  Why this narrative that Americans are lazy?

As the illegals were pouring in, American workers were getting displaced.  This is because of the overabundance of available (illegal with forged documents) workers, where the natural laws of supply and demand take effect.  It’s not that American workers will or will not work for a wage, but the over-abundance of illegal immigrant workers drowned out opportunities for Americans, thereby artificially suppress wages.  This is where the Marxist minimum wage laws provide a back-stop, combined with welfare.

The laws of supply and demand are cut off at the knees with minimum wage.  The globalist-Marxists couldn’t let the wage get too low, otherwise we’d be more competitive with China.  The federal minimum wage ensured we would never get competitive.  To compound the issue, for a good chunk of would-be available American workers, welfare got to a point where it made more sense for many to stay on the taxpayer tit.

If all the illegals went back home to their socialist utopias tomorrow, that would leave only American workers.  As the illegal sludge drains from the labor pool, more American workers flood back in, willing to do the work they supposedly weren’t willing to do before.  There’s also a change in mentality that will bring Americans back into the workforce.  If an American has the attitude of “why bother applying there”, they likely won’t.

As more illegals are displaced by Americans, the wage begins to rise, as you’re seeing under the Trump economy.  It’s a beautiful thing.

There’s another dynamic that entails skilled workers.  During the last few presidential administrations, but especially under Obama, there’s been a horrible brain drain in our schools.  I can’t tell you how many times I’ve seen a resume, or done an interview and thought “holy God, this person is a college graduate”.  This has indeed left a void in skilled labor, but what’s the solution if we were to implement my policy of completely shutting off immigration?

The solution, as always, is the free market.  The STEM industry needs to take education into their own hands, as government and the universities simply can’t provide the necessary education for the 21st century.  College is massive scam, with a few exceptions like engineering programs at MIT or Georgia Tech.  Most universities, however, are places that don’t provide any education whatsoever.  It’s up to private industry to change this.

It can be done, but it takes a seismic cultural shift to accept that we’re in a new world.  How many of you have a hobby or do projects with instructions or tutorials from YouTube?  Did you need college?  Did you need a Marxist professor giving you a lecture?  Trade schools are booming and provide real-world, hands-on education.  Learning and the transfer of knowledge is not dependent on bureaucrats; it’s what humans do naturally.

Cutting off legal immigration will force this new restoration of education and training.  Why do we bring in skilled workers from other countries like India?  I had a few Indian engineers in my day, and I can promise you they were paid quite a pretty penny, on top of the costs for their immigration issues.  There was no advantage to hiring them over an American, other than there was an abundance of them.

I agree with President Trump's position on Ingraham's show where he said we're going to need to keep smart people to fill the demand, and in the interest of these companies and jobs overall, he's right.  However, I'm a hardliner and I'd rather create the pain now (OK, maybe after the election) that forces this movement to education.

President Trump has been incredible.  We have 7.3mm job vacancies.  That's pretty amazing and these are good problems to have.

There’s no long term benefit for the United States with immigration.  We’re all filled up here, and it’s time to begin the journey to educating ourselves.  Too many of them, frankly, don’t respect our country and think they’re entitled.  We can allow visas for travel and temporary stays, but only if we have trade agreements with their country.  This ensures we have that country’s support and if things go south, we can yank on their economic leash.  Don’t think that works?  Ask Mexico.

I'm going to coin a new phrase: "education independence".  We have energy independence, why not education?  As President Trump said, we either have a country or we don't.  We need to be able to depend on our own education to supply our demand for skilled labor. 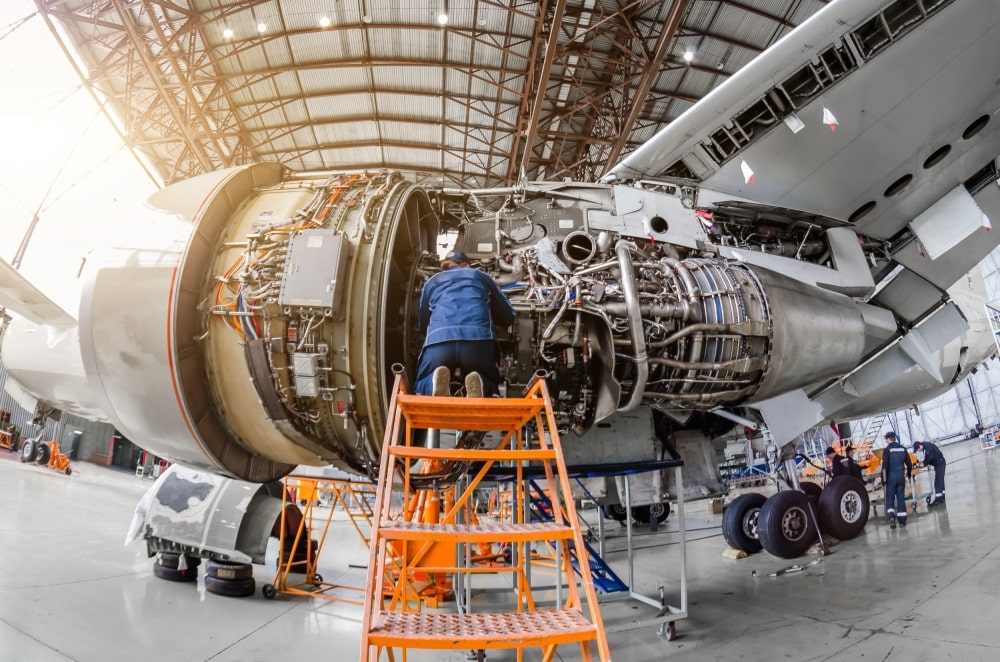