I finally had a chance to watch the video of Ivanka give the keynote at CES 2020 on January 7th (video below).  This is a consumer technology conference covered by technology and business writers who have never written a line of code, soldered a connection on a circuit board, or started and run a business, yet have no problem telling us who possesses the necessary qualifications to speak.

Before I get into her workforce initiatives, I have to go on a rant about Ivanka.

I’ve always been impressed with Ivanka since I’d see her pop up in business interviews years ago.  I noticed how she understood her field of commercial real estate, and was even more impressed when I learned a little about her fashion line, which she had to shut down after the election.

Us business owners appreciate others who create business, and I really admired what she’s accomplished in her life.  The “orange man bad” writers who are one Soros down-round from jockeying a latte machine at Starbucks paint her as “privileged” to enviously explain away her success, but how’s Hunter Biden doing?  What’s Noelle Bush up to nowadays?

How many rich kids do you know of who’ve ended up in the gutter or hooked on crack?  I’d argue it may require more discipline and willpower when you’re born into money to accomplish something like starting your own fashion line when you don’t need to, versus born with the privilege of hunger and few options.

Her dad didn’t hand her fashion business over to her; to paraphrase a famous Marxist, “she built that and made that happen” when she could have easily been making the rounds on the socialite circuit while dancing drunk on bar-tops and flashing paparazzi.  Instead, as she grew up, she’d wake up early to head to the construction job sites to learn the business. 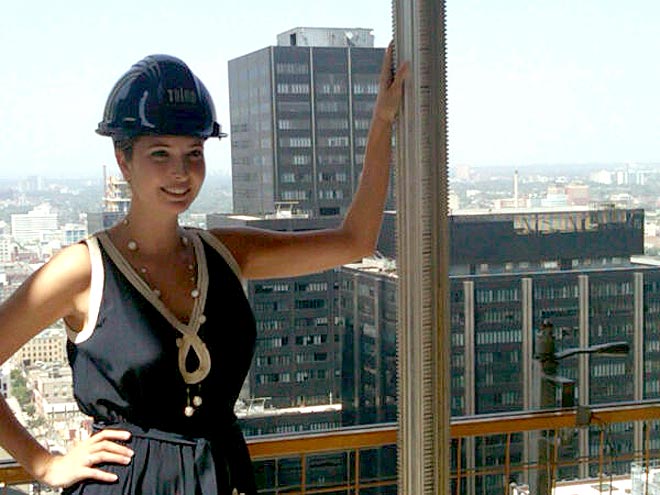 I say all this about Ivanka to make the point that she's more than qualified to tackle what I believe to be the biggest drag on economic growth, and definitely more qualified than any credit given to her by the “orange man bad” media.  In fact, I think she is uniquely qualified for this endeavor.

She grew up in the spotlight and can handle the media attacks, just like her father does.  While searching for Ivanka articles, I had to sift through some of the most hate-filled hit pieces I’ve ever seen.  Actually, if quantifiable, I’d bet she gets more visceral leftist hate than her father.

She’s managed multi-million dollar properties under a billion-dollar portfolio, managed construction projects of skyscrapers around the world, and started and grew her fashion business.

Simply put, from a business perspective, this girl is on another level, and I’m saying that as an admitted chauvinist pig.  I’ll unzip and slap my business resume and accomplishments in the middle of the table and compare with anyone, especially any leftist tech or business pundit losers, but Ivanka would have me beat.

With my lead-up to how I think she’s an incredible business mind, and my admiration for how much she loves, appreciates, and intimately understands business and business owners because she’s one of us and has been-there and done-that, it’s incredible what she’s taking on: the problem of educating and training the unskilled workforce to fill the massive skilled jobs gap, and to keep cranking out an ongoing supply of skilled jobs into the future.

It’s my opinion this is the biggest problem in business today.  She breaks this down in her unappreciated keynote:

What I love about her approach is she wants to solve our country’s problems through private industry and free-market economic policies, like tax cuts and deregulation.  She’s bringing together private businesses to partner with academia to educate people coming into the workforce from the sidelines, spurred by the job vacancies, which have been spurred by the President’s economic policies.

Ivanka makes the point that it’s a lack of skilled workforce, but not a lack of worker.  That's critical.

She mentions something I’ve been very strong about regarding this skilled recruitment problem.  This incredible economy is forcing employers to get creative.  For example, she mentioned the low unemployment rate for disabled people and formerly incarcerated.  She mentioned businesses teaming up with local prisons to create jobs programs, which I found very interesting.

Ivanka referred to people incarcerated since before the internet took off, and they’re coming out of prison and hitting the ground running (not from the law, you know what I mean).  It made me think how that could be an incentive for non-violent offenders serving long sentences to use that time to get educated, essentially turning their time from corrections to education.  I would have never though of this approach, but she highlights its success. 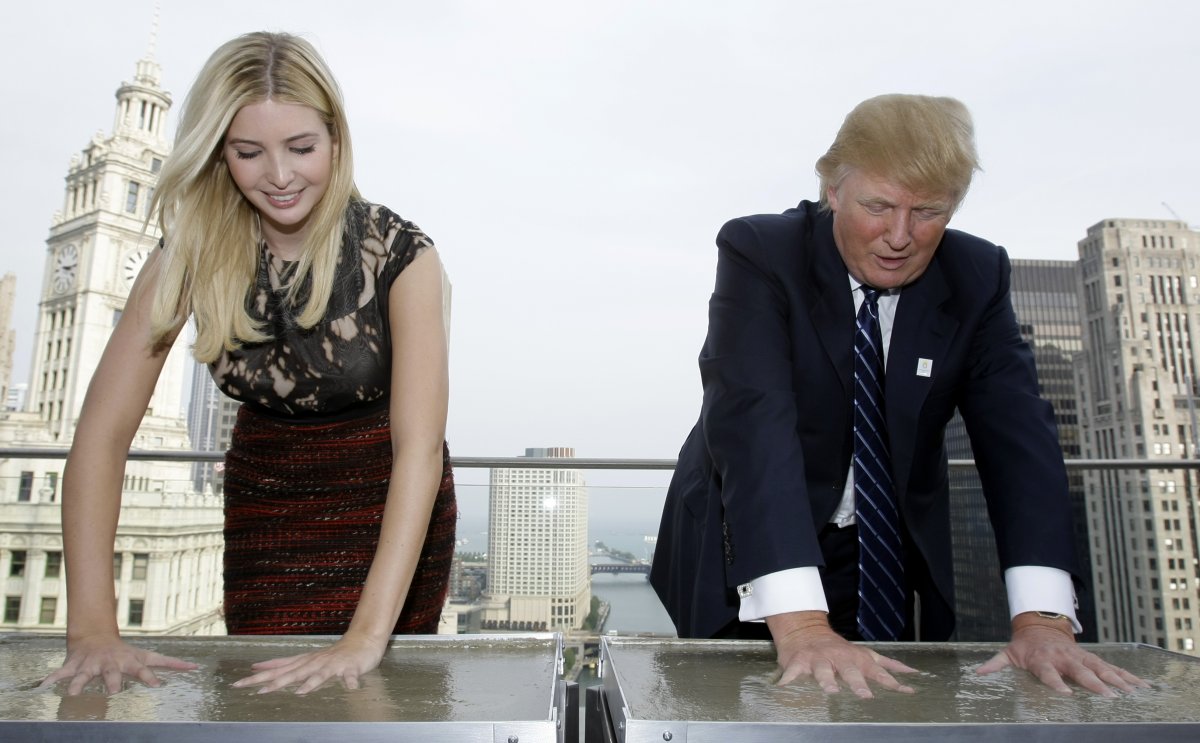 She said she believes technology and innovation is a net jobs producer, which is what I believe.  “Jobs will be created in industries that that don’t even exist today because of innovation”.  She uses an example of innovation bringing more people into the workforce with a disabled American who may be able to use a robotic arm to perform tasks they previously could not.

I think this quote summarized what her focus is all about:

So when I hear employers who’d come to me and say “we need more skilled workers, we need more skilled workers”, and then I’d read about them laying off segments of their workforce because they were investing in productivity, and not having spent the time when they had known three years prior they’d be making that investment upgrading those systems, not taking the time to take those workers and re-skill them, and re-train them into their job vacancies, well, I have very little sympathy for that.

Ivanka is ushering in a change in mentality for the private sector to think about retraining their workforce that would otherwise be laid off.

The workers are already there!  She says they have over four-hundred companies committed to more than 14mm re-training and re-skilling opportunities for their current workforce.  That’s huge, and that’s real “fundamental transformation” (the good kind).

What does work is when the private sector teams with a community college, a technical school, a university, a high school, and develops a curriculum that is taught to students, and then ultimately they hire those students that are coming out.

This is what real education is all about.

She highlights the value of apprenticeships, and how many industries don’t embrace that concept like some do, like construction, and her endeavors developing that practice.  She highlights how non-traditional education paths are a fit for the majority of Americans instead of traditional four-year college degrees, or how she BRILLIANTLY puts it:

Work based on skills, rather than credentials.

I highlighted some major points I think are most important, but her talk is dense with information and I highly recommend it.  I think the initiatives she's working on will blow you away, and it's apparent to me now, more than ever after watching this video, that she and her father are a two-headed monster attacking the problems of our economy.

Hey libs who want to break the glass ceiling, gaze into your future: 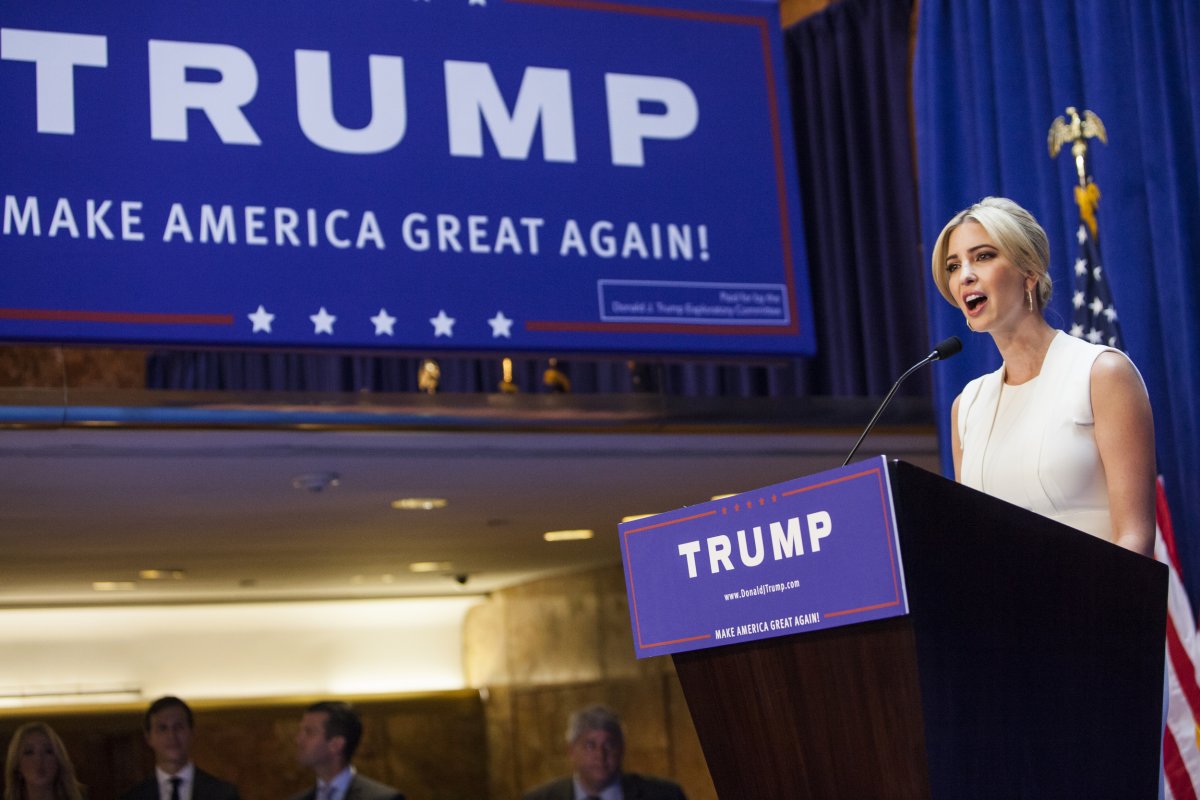