Truth Social is getting close to a rollout, and I can't recall this much anticipation for a social media launch in the past.  If I recall, Facebook just happened as the CIA seeded them in academia and pushed them through the media, and Twitter just came out of nowhere from the depths of pedo-infested Palo Alto.

I'm pretty sure this is the first launch where there's a waiting line to register.  I hate social media and was about to dump my Gab account and just be done with it all, but now I'm looking forward to TS.

TS has been smart about throttling their on-boarding, so the active beta users don't run into problems familiar to us Gab users.

Keep them in the queue and let them in as you bring equipment online while allowing the active users to engage with the site instead of stupidly crashing the entire platform like Gab does.

The TS developers are doing little things that on their own aren't anything groundbreaking, but it shows they're professionals and care about the details.  For example, they have an account on Statuspage to monitor performance issues.  It's no big deal, but GETTR and Gab don't care about stuff like that.

TS uses Matomo instead of Google Analytics .  I posted about this in the past, but if you're serious about kicking the commies to the curb, you're not going to use Google.  The visitor analytics collected by TS stay in-house instead of feeding it to the Silicon Valley demons (like GETTR does).

Funneling initial registrations through one ramp, like iPhone, allows you to focus on working out the kinks for that device, and it allows you to dial in what you expect your desktop registrations to be, as there's sort of a rule-of-thumb for the ratio of mobile-to-desktop users.

It allows you to get your hands around the initial issues, like database performance and load balancing.  They're putting off functionality like direct messages and the ability to quote posts (called "Truths") while they get the baseline functionality rock-solid.

Nunes says they're working on functionality for users to pull their images from Twitter and Facebook, as well as post quoting and direct messages.  He makes the point that new functionality will be customer-driven.  These guys get it.

Here's a clip where he addresses Google and Android:

This is smart because with Apple's agreement, Google is left out in the cold.  If I recall, the previous deplatforming by Google and Apple occurred in unison.  Now the leverage is on the platform's side.  Nunes is clear that they don't care if they're on Android or not, removing leverage from Google's side if they do negotiate.

The more I listen to Nunes, the more impressed I become with him.  I posted about that before, but it's plain as day to me how smart he is and how he's learning the business at a lighting-fast pace.

One knock against Nunes is "buT He wAs a dAIry farMeR!", referring to his life before politics.  I know enough about farming through a family member and growing up with farming friends that I consider it the hardest business to run.

You're not only up against the issues that every other business must deal with, but you're up against the weather, climate, animals, price of commodities, and just a non-stop tsunami of problems trying to put you out of business.

Tech is a walk in the park compared to farming.  His farm experience, in fact, makes him over-qualified for his role.

Factor in what he knows from his time as Chair of the House Permanent Select Committee on Intelligence, where he knows how the deep-state and intelligence apparatus is weaponized, as his committee had oversight of the intelligence agencies, and you have the perfect person for this job.

Academics, Marxists, and libtards in general don't understand that when you run a serious business, your critical thinking and problem solving skills are honed razor-sharp.  They denigrate farmers and consider them rubes, and don't understand that not too many businesses deal with science and technology more than farming.

Also factor in that he was a down-to-Earth, honorable and ethical politician (one of the very few), so he had to communicate and be personable and likable to people, which is exactly what you want for the public face of your company.  Sadly, guys like Andrew Torba and Jason Miller put their platforms at a disadvantage by lacking this quality (Torba comes across as a nice and personable guy, but his envy, bitterness, and loose relationship with the truth kills it for me).

Back to the platform, Nunes addresses the fears that Silicon Valley will cancel TS.  He touches on the partnership with Rumble to share server space, as well as contingencies with other providers for infrastructure (Gab couldn't even get database replication working -- but maybe they finally have).  He's also well aware that their platform will always be under attack, which is critical to understand.

He hits the point that they're rolling this out in a controlled process to not affect active users.  Andrew Torba bitterly tried to take a shot at TS by reposting a complaint by someone trying to register a TS account on their desktop (which isn't even open yet), which is like Stacey Abrams calling Kayleigh McEnany fat.

With the massive influx of registrations, it's better to have someone waiting in queue and excited to get their confirmation email than someone being registered and ready to post but can't, or even worse, slow performance with intermittent service interruption.

Nunes makes it clear that TS is about the customer and doesn't take them for granted.  That small business mentality is so refreshing.

Truth Social is the kill shot to GETTR, no question.  They're out of money, no tech team, and Jason Miller is a grifter clown with no skill beyond getting someone else to cover the check for dinner.  A majority of GETTR's user base can't wait to move to TS, and once that happens, it's game over.

I suppose they can score a cash infusion from somewhere to remain on life support, but it's not clear to me why anyone in their right mind would do that.  A social media platform is worthless if they have no user base.

As for Gab, they'll stay alive and continue to grow, but they'll lose a good chunk of their active user base.  I know a lot of Gab users who are just done with it, like myself.  It's not what it was a few years ago.

Gab's advantage over GETTR is their terms of service, where you can say pretty much anything you want.  It's good to have a place like that, but it's a last resort for those rejected by other platforms.  Gab has the luxury of staying alive while neglecting basic functionality like post embedding.

They have more issues with bots and anti-capitalist zoomers who are anti-Trump and think he's a puppet of Israel and Kushner is his handler.  Seriously.  There are some great posters with whom I'm friends, but overall it's no longer fun for me.  Intellectually, it's lacking.

Gab will gain a small share of users once GETTR finally goes sideways (which should be soon), while the majority of them will jump to TS.

I'll keep my account there, but TS will be my social media home. 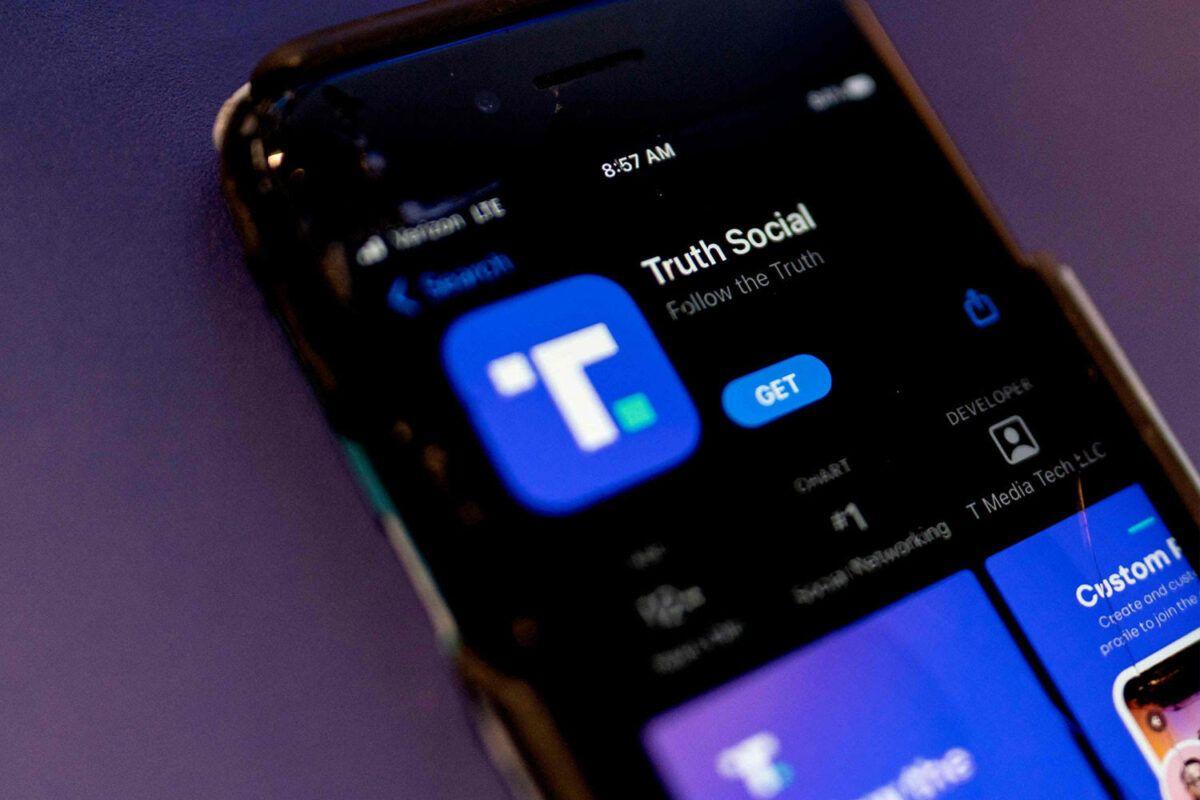