Here's a topic that pertains to almost all of us conservative publishers or content creators who pay attention to site traffic.  I've been using Google Analytics for years in various capacities, but mostly since Solar and I have been doing this site and CPF.

As Google's vice grip really tightened on the nuts of conservatives a few years ago, we made the decision to kick the commies to the curb.  Every site owner thinks when they tease the idea of leaving Google Analytics: "won't that hurt our search rankings?"  It's a myth, and it hasn't hurt ours.

Are you getting great search rankings on Google now?  I'll answer that for you: no, and you're probably seeing a sharper decline in your traffic as of late.  It's happening to everyone.  I suppose it could be worse.

Here's an example -- we have one of the most popular articles on Gab vs. Parler.  Every time I pop open Matomo someone is reading it.  Here's a link for that topic from Yippy.  Here's one from Qwant.  Here's one from DDG.  I'll save you the clicks from the results from the demonic freaks from Soy Valley.  We're about 18 or 19 pages down.

Google is not the search engine monster they used to be, and pretty soon, Brave is about to deliver the kill shot.

Our overall traffic has not suffered at all, and in fact, it's grown by a few multiples.  Sure, that could have happened anyway, but it did happen without Google Analytics.

Matomo Analytics is a great product and we've been using it for a few years on this site.  Here's their tagline:

Google Analytics alternative that protects your data and your customers' privacy

Google Analytics has turned into a bad joke.  They have a million options you will never, ever use, yet some site owners think they'd be losing out on something if they leave.  It's very similar to a hoarder's mentality in a way when they don't want to leave garbage behind.

Out of the box, Matomo has everything you care about.  If there's something missing, it's very extensible and you can throw some cash at a CompSci student and he'll code you up a custom plugin.  The plots on Matomo's real time map light up just as pretty as Google Analytics'; the only difference is Google knows what that plot had for lunch and where he shops, but do you really care about that?

You care about knowing how that user is engaging with your site, that he's always coming back to steal your AOC memes (believe me, they're catnip to conservatives) and if he's at least making it halfway through your articles.  Is he a returning visitor?  Does he load up his cart with your merch then abandon?  Does he, or your other visitors like your economics-related content more?  Or do more of your visitors prefer your rants on current events?

Uniques, bounce rates, site duration, average page views, average time of day, and all the stuff every site owner who halfway takes this publishing or content creation thing seriously can rattle off their site's metrics off tip of their tongue on the spot.

This is the meaty stuff you get with Matomo without having to machete your way through a jungle of options and features that really don't add any value your business or operation in the first place.  In fact, how about this nugget:

If you’re using Google Analytics (GA), you could be making costly business decisions based on inaccurate reports. This is because GA implements data sampling once you’ve collected a certain amount of data. So what you get in a GA report is an estimate rather than the full picture.

That closed the deal for me when I was shopping around for an alternative.  Their site has a lot of good information and they ledge all the initial hesitations site owners typically have.

The product is open source, so we host it "on premise" on our own site.  They have a cloud option that's very affordable for whatever your scale of traffic.  For example, 300k page views per month for $109?  Not bad.  If you can't monetize a few hundred bucks off that then you're in the wrong business.

If you had concerns about an analytics company housing your data, I wouldn't worry with Matomo.  I think they get it, and they seem to care about privacy and security, and really when you get into all their features and products, it's the way to go.

They have a plugin for whatever CMS you're using.  I'm sounding like I'm a sales rep for them, but I've been using their product for a few years now and I really do put my stamp of approval on it.

It's important for the country to cut off the reach of the tentacles these Marxist globalist luciferians have in our lives and businesses.  They're not a force for good.  They hate us and want us wiped off the face of the Earth.  Why do you continue to use them?  Why are you handing them your website visitor's data?

You're assisting Google with tracking everyone and enabling them to implement these wonderful CCP social programs infiltrating our society.  You're a node in their tracking system, like a distribution center is to Wal-Mart and Chinese manufacturers.

Cut them off!  You'll feel better for it, and your analytics won't suffer.

We practice what we preach.  We're dumping the Marxist tracking commenting system known as Disqus.  It's a pain in the ass, but we'll have a better solution, and engagement and conversations will be better.  Disqus is about as bad as Twitter for engagement.

What will I ever do without the ads of dudes kissing each other and their third-party tracking?

We're doing a site upgrade soon so we've been doing some spring cleaning, and Disqus got kicked to the curb with Google Analytics.  When I have the alternative nailed down I'll do an article about it because a commenting system is important with conservative publishers.

For now, dump the genderless Silicon Valley freaks.  Any cult that thinks men menstruate isn't someone you should help keep in business and certainly someone who should be nowhere near your consumers' data.

How serious am I about leaving them behind?  I blocked all Googlebots from crawling our site at the edge. (a real screenshot from our edge provider): 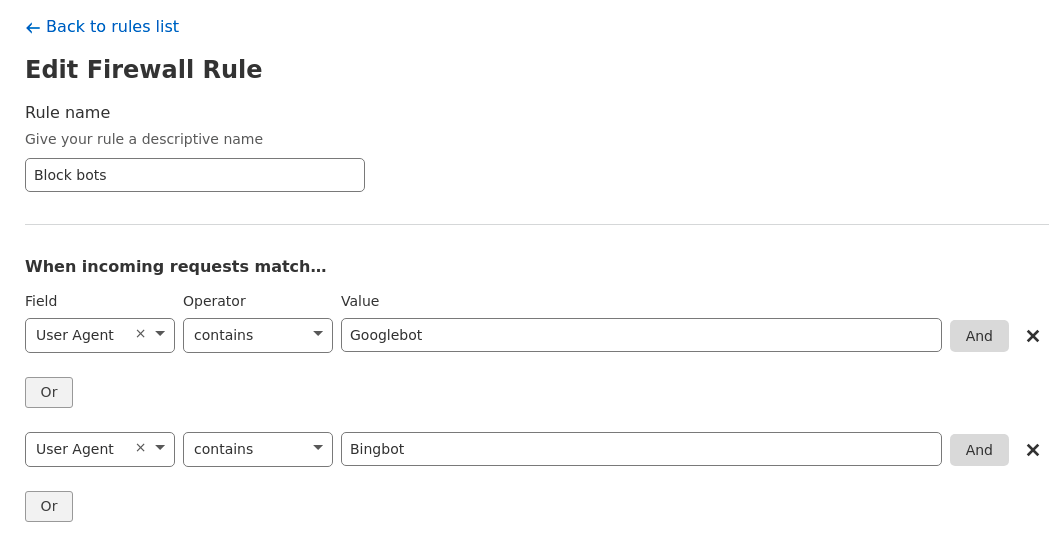 Do I sound worried?

Stop using products by people who hate you and hate our country.  GA is a bloated piece of crap kept alive by people who would go hyper-Karen on you if your poodle couldn't handle that last piece of your Taco Bell burrito and took a squat next to a pile of used needles and human feces.  They're sick people.

In the end, Matomo does have a better product than Google.  One final point, don't puss out and put the GA tracker next to Matomo's.  Just cut them off and ONLY use Matomo.

Since we're in between commenting systems at the moment, you're more than welcome to hit us up with questions.