Whomever thought it was a good idea for Jason Miller to go on Tim Pool quickly learned how stupid of an idea that was.  It was a double-whammy for GETTR because Andrew Torba was the next guest on Pool's show where the contrast was pretty stunning; I say that as someone who has greatly soured on Andrew Torba and Gab.

I'm no fan of Pool.  I have no respect for someone who thinks Bernie Sanders is a good thing and thinks Trump lost the election.  His attempt to use that weird lip-press move to feign credibility after making a statement is obvious to me.  I ESPECIALLY can't stand when Ron Paul is used as a parallel for Bernie Sanders.  When I hear someone put those two in the same light I instantly realize I'm listening to someone with sub-par intellect.

If the free market were at play here, Jason Miller would be wearing an apron with a name tag handing boxes of donuts through a drive-thru window.  Yet, his grift game is strong and was able to grab onto a vine before getting canned by the Trump team.

Miller did GETTR no favors on Pool's show.  He really looked like a fool, and he badly stumbled when Pool's crew started lobbing softballs at him that he should have crushed, like terms of service questions or why Nick Fuentes was banned.  It was even worse when Pool was reading the Super Chats.

Apparently, being a white nationalist is bad, because the media said so.  I'm a nationalist.  I'm white.  I guess that means I'm not allowed on GETTR.  Oh well, hopefully they don't find me until I'm posting on Truth Social.

If there were any questions as to why Miller was no longer in Trump's communications circle, Pool made that painfully obvious.  GETTR's board has to do something about this clown if they expect to have any chance.  The spot on Pool's show hurt GETTR badly.

Miller is not used to having to tap dance and answer unscripted questions without a safety net of a commercial break.  When he'd do his hits on cable news as communications director he'd deliver filler copy, where there was nothing of substance beyond delivering pre-packaged talking points.  There's nothing wrong with that, but it doesn't require a functional brain, hence why Miller was perfect for that job.

What's worse is that Pool, to his credit, while peppering Miller with direct questions, handled Miller with kid gloves and showed why he (Pool) is really good at this interview and podcast thing.  He could have torched Miller to oblivion but he allowed him air while Miller choked himself.

This wasn't anywhere near a hardball interview and he still failed. Badly.

People who said I've been too hard on Miller, after his appearance on Pool's show, have been telling me I was right, and "how did I know?"

After many years in business management, especially when I was a young supervisor with engineers much older and smarter than I was (sometimes as much as three times my age), and as a business owner in charge of sales teams, I developed a Sasquatch-like sixth-sense to root out incompetence and lies, and Miller sets off my detectors like a Geiger counter at an abandoned Chernobyl playground.

How bad was Jason Miller?  He made Torba look good in contrast.  Give it to Torba, he was able to knock down any confusion about Gab's TOS and demonstrated an intimate understanding of his platform.  He showed he's the more competent leader of the two.

Torba was also able to capitalize on GETTR's exploitation of users by sending data to Google and Facebook.  Nobody on Pool's crew brought that up with Miller, sadly, but Torba did score big points on that.

Where Miller did score points was when Pool brought up Gab, Miller was able to pivot and say they (GETTR) have the best UI of the alts, which is true; it was a little cowardly that GETTR couldn't mention Gab, however.

Gab's UI is an absolute piece of crap.  It was cute after two years and three years, but almost six years into this thing, it's a monument to failure.

There was a lot of idiocy from Torba on Pool's show.  Stupid stuff like "it's us versus billionaires", or his attempt to swipe at President Trump regarding his position on Bitcoin (I'll translate for you: Trump is controlled by Federal Reserve joos) was not lost on me.

Torba can say something completely untrue while keeping it technically true.  When I see that wizardry, it makes me skeptical of that person.  For example, the Dissenter Browser.

Gab did not build a browser.  They forked Brave and integrated their own app.  That in itself isn't a problem and perfectly fine, and it was the one product I really liked by Gab and had me bullish on the venture overall because of the potential (echoed by Pool's crew), but he spins it as if they "built" the browser.

They didn't, and to insinuate they did is a lie.  Period.  He should clarify that.  It's dishonest, and it makes me skeptical of Torba.  I could fork Brave right now, slap my logo on it, and say "I built a browser!", but that would be a lie.

Torba says they discontinued Dissenter because it was too much to maintain.  I call BS on that.  I think they didn't have the technical competence to maintain it, and soon realized they were in over their head.  It's why they let people download it and install it on their computers for over a year despite no security updates (even two years if I recall), which from a security standpoint should be criminal.

Unless it slipped by me, the Pool episode is the only time Torba has admitted that the Dissenter project is dead, but only because Pool's crew mentioned it.

Another area where Torba isn't honest is "we open source Gab's code".  Technically, yes, he's telling the truth.  They rolled up their repository into a zip file and posted that on their Gab repository, which is ridiculous, but their code changes are indeed open to the public in that zip file.

However, what non-software developers don't know is that's not how it's done AT ALL.  Torba indirectly eluded to why the did that, saying it "complicates their processes."  Huh?

With a real open source project, the code is available to fork, make changes, and send pull requests for contribution (I simplified that, but you get the Gist -- pun intended).

Here's an example of a project we're doing for our forum.  I forked the SMF code (notice how I didn't say I built a forum?) and we're making changes to customize for our own purposes (I'm WAY behind on changes).  Take note on how you can just click through the files and read the code.  Anyone in the world can jump in on this code and immediately start contributing.

Why would Gab not open up a public repository like a normal development project?  The contributors don't have to use their real usernames and can remain anonymous.  With Gab's limited resources, it's mindblowing to me that they wouldn't let coding Gabbers jump in and help move the project forward.

OK, just one more line of BS that Torba can deliver for those who don't know better  involved Gab's analytics system.  They correctly don't use the product built by the demons in Silicon Valley.  Torba said they built their own analytics system.

I about pulled my remaining hair out when I heard that.

That in itself is fine, but why?  Why did they just not self-host an open-source product, like Matomo?  That's what we do on this site.  I even wrote an article about it.

What I couldn't believe is they'd use extremely valuable and precious development resources to build their own platform.  That's yet another example of incompetent leadership.  "But but DC, then they'd have a Matomo twacker in their ad bwockers wike you do!"

No.  They can pipe their weblogs into Matomo.  This is not hard.

Torba's insinuation that Google and Facebook were the only free alternatives is not true.  Why not spend less development time building custom modules or plugins for their Matomo instance, or whatever open-source solution they could have used, instead of building an analytics platform?

Those of you who've never run such projects won't understand, but these are indicators of a rudderless project with incompetent leadership.  Pros are not running this thing (even they do have a few talented developers, like Colbert).

Back to Miller, between he and Torba, I do trust Torba more, but that's because Miller is such a clown.  Torba needs to spend more time improving Gab's crappy UI (I mean, the notifications page alone... come on) and developing a post-embedding solution.  That would improve Gab and actually make it a good place to post instead of it's the only place that won't ban you.

GETTR can improve if Jason Miller resigns.  Miller showed his sales skills, but unfortunately for GETTR, he was selling listeners on Gab. 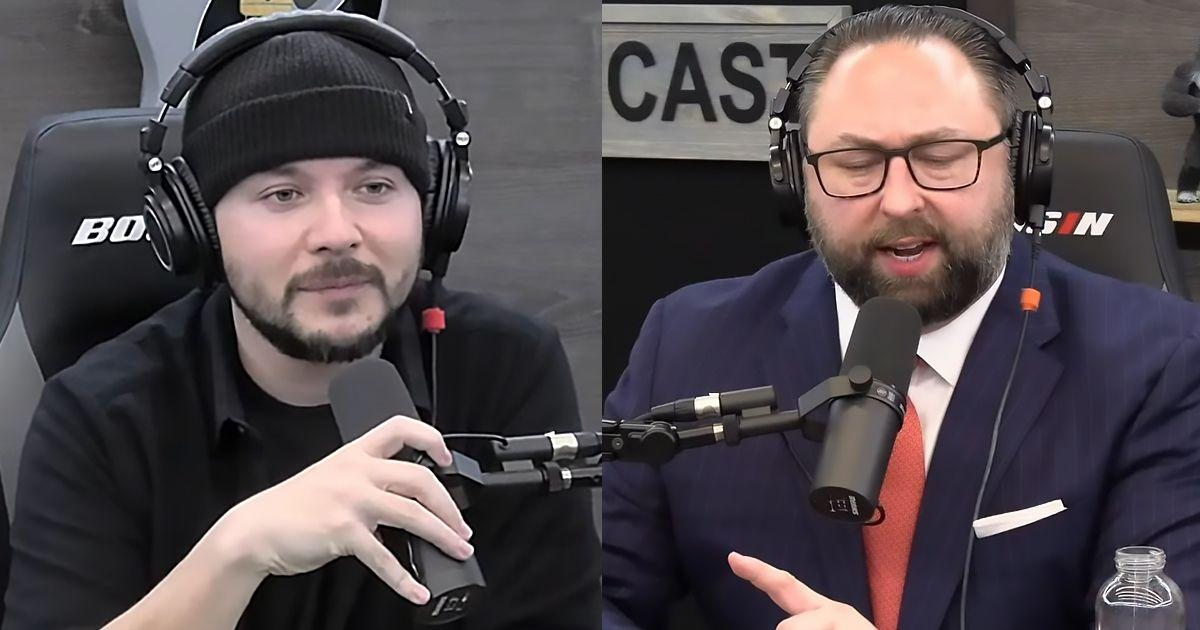