I'm thrilled by some of the latest developments with Trump's new social media group TMTG.  The big picture is becoming clear, and I'm not only looking forward to the social media part of the venture, but the evolution of media in general.

One of my main concerns was leadership.  This is a massive venture, and who's going to captain this ship and keep it from hitting a deep-state iceberg filled with satanic pedos?

If you're looking to take market share by competing with Facebook and Twitter, you can't go into this broke with no power players on your side.  You can't go in with no ability to receive payments from consumers for your commerce infrastructure.  You can't wing it and hope the satanic Silicon Valley overlords are nice to you and pinky-swear to not dump your platform.

It appears Devin Nunes, who was the first to publicly jam the monkey-wrench into the gears of Spygate coup, will lead TMTG.  I think it's absolutely brilliant move for several reasons.

Nunes' district has proximity to Silicon Valley and Los Angeles, nestled on the outskirts between the two.  He has relationships in Silicon Valley and that region of California, and contrary to popular belief, many Trump-friendly power players.

Some are upset that President Trump is essentially taking Nunes out of MAGA, and I understand that sentiment, but let's not kid ourselves about Nunes; he was no Rand Paul, although he is indeed a true patriot with brass balls, and is strong on policies like energy.

In all reality, Nunes will be the one who takes the media out of the hands of the enemy and return it to MAGA.

Nunes is an expert on how the deep-state works, understands business, the media, has the contacts and who's who bridging Silicon Valley and D.C.  He knows what surveillance techniques the deep-state will employ and will see them coming a mile away.

As I type this, I'm realizing more of how big of a genius move this is.

Compare Nunes against some grifter clown like GETTR's Jason Miller.  It's a staggering difference between competencies.  This move tells me this is a serious project being run by serious people.

Another concern I had about the project involves the technology.  I had this hope regarding video:

I'd reach out to a platform like Rumble and talk about video integration.

Yesterday we learned that TMTG is doing just that:

"Truth and the 45th president are going to use Rumble's infrastructure, their technology, their cloud distribution capability, so they are going to be a service provider, a tech provider to the president's Truth Social," Lutnick told interviewer John Bachman on his "John Bachman Now" show.

In direct competition with YouTube, Rumble has grown quickly, reaching a 15 percent market share among US users over the past year, according to Newsmax.

Lutnick continued during the interview: "What this is, is people with political ideology being asked to leave YouTube, comedians are now coming over, gamers are coming over. It's a broad group of people don't want to be censored."

Lutnick further iterated that Rumble, after the deal struck with his company, will now "have the money now to go do whatever they want to do."

If you offer subscription-based content on Locals (who Rumble recently purchased), you're over the moon that your content will be distributed to Trump's MASSIVE social network.  If you're TMTG, you're very happy to have a top-notch video platform for your user base that can scale to absorb the YouTube exodus.

If you're Dan Bongino, then you just hit the lottery.  If you're a content creator with a Rumble channel, your potential viewership just shot past YouTube's.

Twitter and YouTube, however, just entered MySpace territory overnight.  That's not hyperbole.  Jack left that new Twitter CEO clown holding a bag full of flaming dog crap, and the head of YouTube, the benefactor of nepotism and affirmative action, just had her user base of human viewers gutted.

Combine these moves with Brave delivering the kill shot to Google, and you start to get a sense that we're seriously taking back the internet and bleeding the satanists in Silicon Valley dry.

These moves show that the TMTG team knows what they're doing, and in one move have completely changed the landscape of social media. 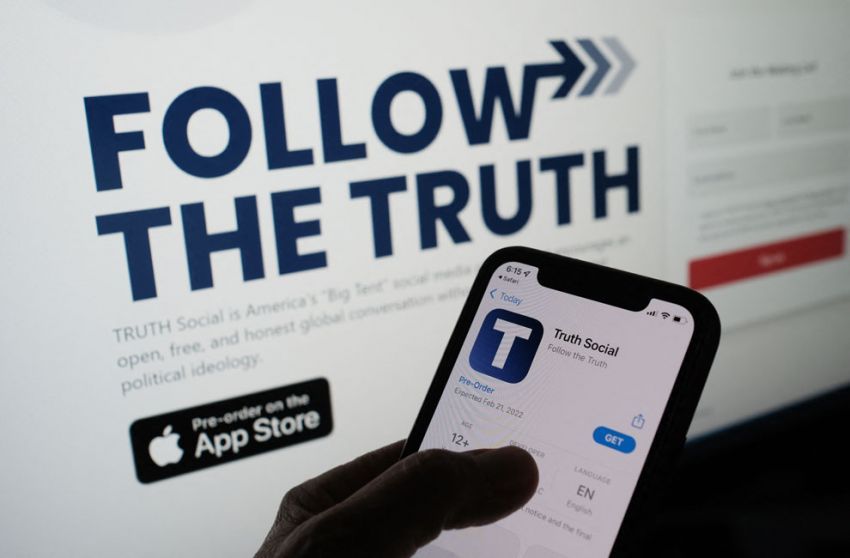 Regarding Truth Social's social media tech, I should probably retract something, or at least provide another take on the use of Mastodon, which is based on Ruby on Rails.  As I said, Ruby on Rails is a great framework, but if you're planning for the future, you're looking at a technology like NodeJS, but what I said about the decision showing their tech team being clueless may have been unwarranted.

My concern is the viability of the technology over the next ten or twenty years, and how it could handle the scale, but some very large platforms run RoR, either with other technologies or as a major part of their platform.  Just because a technology isn't the fastest growing or most popular doesn't mean it's not viable, so I shouldn't have inferred that.

We also don't yet know how they plan on using Mastodon, so perhaps I was a little presumptuous about the tech team.  It's just that I've been extremely disappointed with Gab, Parler, and the joke that is GETTR. I also think with TMTG, and with guys like Peter Theil, and others major players who are friendly like Larry Ellison, it will give refuge to talented engineers held captivate by the demons currently ruling the tech world by fear.

They won't be able to intimidate TMTG, and engineers working there won't have to fear for their careers.  That's one aspect, I believe, that's really going to kill Silicon Valley; they'll soon be forced to realize how much of their talent have been working under the radar and putting up with the anti-American crap for the sake of their jobs.  Those engineers will jump ship at the first chance they get.

Don't believe me?  Check out Stack Overflow's survey results from 2019 before they modified it to fit their narrative.

Finally, and back to the big picture, Trump is taking down the media, social and traditional.  It's not just me who's been saying this, but Axios posted an article yesterday on this topic, disguised as a hit piece, of course.

After we're banned and prevented from using products and services controlled by the Marxists, when we build and patron our own systems, we're building an "echo chamber".  Libtard spin aside, the article was actually an excellent overview of what President Trump's team is doing, and how the decoupling from Silicon Valley has been happening.  They ended with this:

The bottom line: Conservative media has been a powerhouse for a long time, but this phase of its expansion isn't just about more or louder conservative voices — it's about building an entire conservative ecosystem.

Conservatives are the most important and valuable consumer base, period.  We're the lifeblood of the economy.  We make the money, grow and distribute the food, build and innovate, and keep the environment clean.  Truth Social will by far be the biggest concentration of normal Americans online.

There's some more points I want to make in regards to recent media moves in parallel with the ass-kicking the CCP continues to take (thanks to what President Trump put in place during his first term), but I'll save those for later.

As I publish this, I saw this post from Andrew Torba.  I was going to chop it up, but I'll let it go.  It's really sad to see what Torba has become. 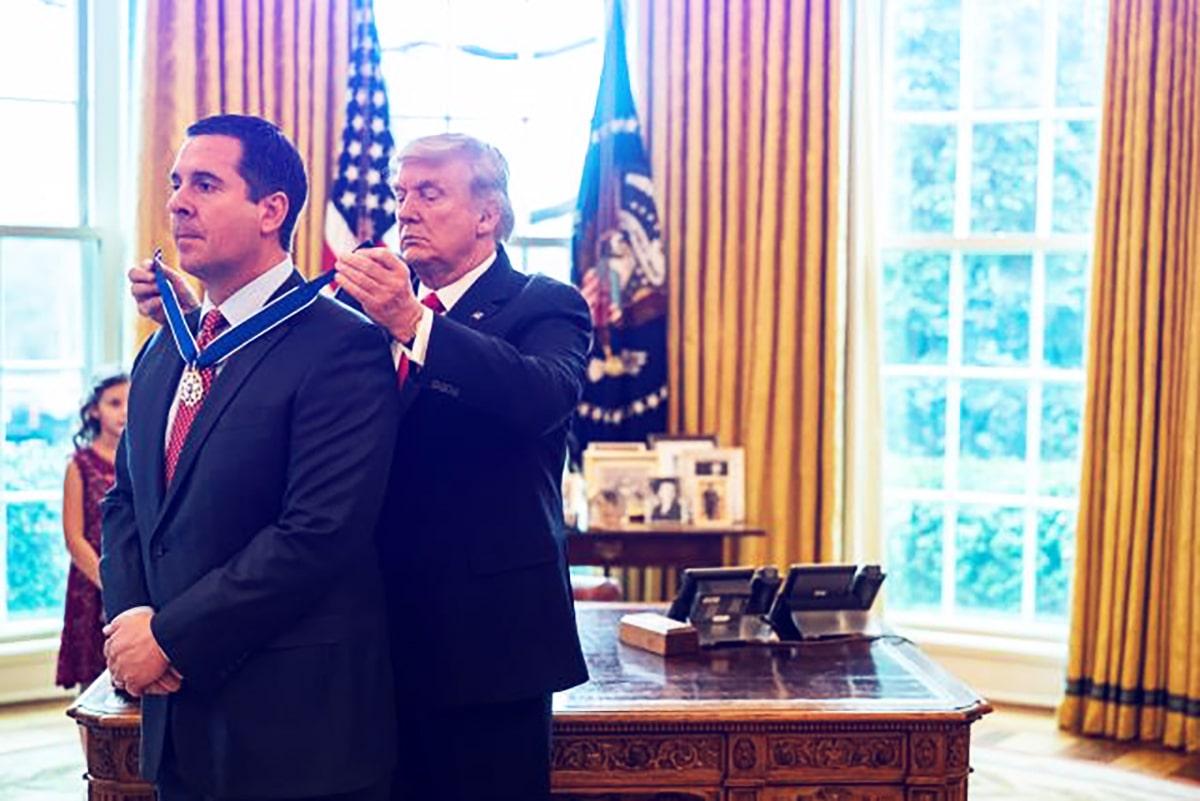