By that I mean the GOP Establishment, well both parties in truth. I'd like to focus on the RINO part of the two in particular, the leftists RINO, or rather, Fabian Socialists that infiltrated the party over the decades.

They were not elected to represent the base, they were placed there by those with money (Establishment Deepstate).

Remember when Newt castrated the Dim party and all those Dims joined the GOP under Clinton? That's when the RINO got a really strong foothold in the party. Such a glorious time that came back to bite us in the ass. A war won and squandered because the GOP didn't want the responsibility of being held accountable to the base.

We no longer had moderates in the Dim party, all that was left were Marxist radicals, you know the rest of the story. The GOP sold us out, the DNC was able to finagle corporations into backing them all thanks to NAFTA. This panicked the GOP Establishment, so they went about the process of moving left in hopes of capturing some of the industry fleeing the US for China. Does anyone really think this bothered the GOP leadership one bit?

I don't have time to cover Biden during this time, I'll let that story unfold over the summer. And boy, will it be a page turner.

I digress, way too much, forgive this old mind for wandering, but I promise to pull all of this together. Fast forward...

The DNC collapsed, the party is but a shell of what it was a decade ago. The Big Tent collapsed under the weight of self proclaimed victims that never got along in the first place, and all have split the party.

If not for the media and McCON-nel, no one would even know the Dims exist. They are being propped up and the GOP which plays a huge part in keeping them alive, because that's the way it's always been done, the GOP needs them to keep the base in fear.

Elect our RINO or you could be saddled with a Commie. Really, what's the difference? Neither have the Nation’s best interests at heart, they are there to do the bidding of moneyed interests, but you already knew that, of this I'm certain, that's why you voted for Trump, Right?

I've written about this over the years, the Establishment would feign fear of the Dim party when the Dims would demand the world, and the GOP would respond in compromise. Sound familiar?

It worked for decades, and both parties would get exactly what they wanted, all at taxpayer expense, be it money or Freedom, we paid the price, we were held hostage by the two party system. Sure, I could list pages of evidence, but why tell you what you already know, so let's move forward and fight back against this evil. And here's how...

This time around lets support the actual Conservative running. That's Right, don't fall for the "Don't Risk Letting A Dim Win The Seat", that BS line Establishment feeds you. They've been doing that for decades (Remember McStain the Maverick) and now that we have Trump on the ticket, turnout will be higher than we've seen since Reagan.

There is no reason to settle, we have the Establishment on the ropes, Just look at the list of RINO who said "We need to spend more time with family" and refused to run for a second term. Translation: "I haven't a snowflakes chance in Hell of being reelected, TEA neutered Me". Here's where you all take a bow for all that great work. I salute you all with your well deserved honor.

Yes TEA is still alive and well, we never abandoned those ideals, like the oath many of us took when we pledged our self to the preservation of our Republic. That's Right, Republic, not a Democratic Republic as the RINO and media like to claim, but that's another article. Told you I wander...

Back to the point. When all these RINO bailed due to the reality, the base was pissed and refusing to take it anymore, what did our wonderful GOP do? They refused to support Conservatives vying for their seats, and the result was a House going to the Dims. That's Right, TEA didn't lose the House, the Establishment RINO sacrificed it and blamed us, the base.

Well, fact is, they gave it away, the GOP hates being in a position of having to take responsibility, it's easier to claim they were victims of the DNC. Again, you knew that too.

As I stated earlier, the GOP needs an enemy to keep the base in line, and the loss of the house insured the enemy remained a threat. So here we go again, Rinse and Repeat.

Is that really what you want, to allow the GOP to hogtie Trump with a stronger Establishment, or would you rather he have the base supporting him as in the Freedom Caucus?

So now it's time to repay the favor, give the DNC all of our little backstabbing RINO. We can pull this off if we stand our ground once again and force these weasels out of the party, in turn, watering down the Marxist DNC, and yes, I believe the remaining RINO will gladly jump ship to remain on the gravy train.

So here it is in a nutshell. The GOP is not our ally, they never have been, they've always sided with the interests of industry, and that's not a bad thing by any measure. What kept them in check was our Constitution and keeping govt out of the way.

Look how well this relationship worked out, they've abused our Republic to the point of being virtually unrecognizable. (Remember the Star Trek Veeger episode where Kirk recited the Pledge of Allegiance to the people of the planet?)

That's where we are today, half the Nation has no clue what our Bill Of Rights means or just how important it is. With one exception, the Chinese virus, yes, there is an upside to all of this, aside from home schooling.

All over the country, leftist Governors and Mayors are locking down States and cities in the name of "It's For Your Own Good" and libs are freaking out, and looking to see if there is any recourse to the madness. Conservatives are speaking up and telling them about the First Amendment and more and more libs are reading all of the bill and for the first time in their lives, rethinking those "Old White Men" that wrote it and just how smart they actually were.

Point is, Trump will win this in a landslide, too many of the Dim base walked away and an entirely new group is starting to question the BS they were taught, or rather, not taught in school.

PC be damned, Libs want their Freedom and the Marxist party be damned!

With that in closing, you can see we have nothing to worry about, so let's give Trump the tools he needs to kill off the Deepstate and vote Conservative. 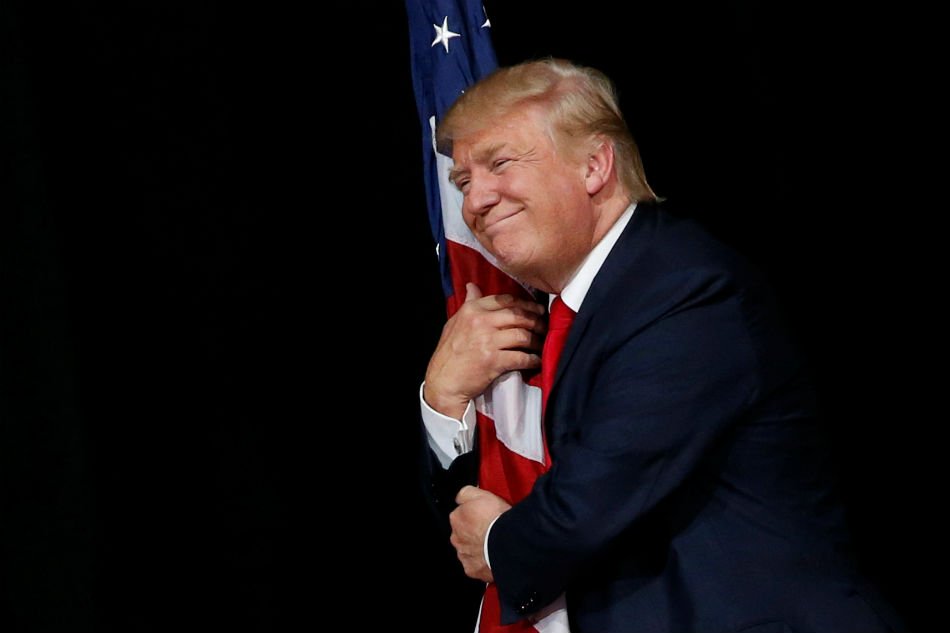