I hate social media, but I’ve had accounts on Gab, Parler, and Twitter for about a year, so I’ve used them enough to get a feel for the usability and member engagement.  I’ve been in the software development world in various capacities for almost thirty years, so I have some opinions on how things work in this space and what’s possible.

At this point, sadly, I think Parler is a bad joke.  If someone got me into meeting to hear a pitch for a conservative-friendly platform modeled after Parler, in 2020, I'd throw them out of my office and probably fire the person who set up the meeting.  I've been supportive of Brad Parscale, but I have no idea what in the hell he's thinking here.

I don’t have a dog in this fight, and have nothing against Parler itself.  I would love an alternative to Gab that would give the President another platform he could use to communicate with us, but right now, Gab seems to be the only platform that could accommodate the scale and functionality required by the President to move from Twitter.

Twitter is like the once-hard core rocker who used to play heavy-metal music and bang chicks all night, but ten years later is cruising the truck stop looking for a driver to blow to get a ride back to CHAZ.  It's sad to see what they've become.

As an alternative to Twitter, Gab and Parler are perceived to be the viable options, although I don’t consider Parler to play in the “alternative” space.  They’re allowed to have an app, funding, and some big PR campaigns pushing member registrations, but in a sector controlled by communists, those are privileges, and Parler will have no choice but to take a knee (if not already) if they wish to continue operations.

Parler’s UI is crap, especially if you’re used to Twitter; I’m seeing a lot of complaints about its usability.  Nobody is leaving and deleting their Twitter accounts to move to Parler.  I’d love to see Parler’s daily active user metrics relative to new registrations, spread over six months.  I bet a majority of users register, make a few posts, realize how bad it sucks, declare “I’m joining the fight on Parler!”, then scurry back to Twitter.

Parler’s core competency is their embedded commenting system (I originally registered to comment on Epoch Times articles); competing as a social media player was secondary.  Gab was a social media platform first that later integrated their commenting system and browser.  I think Parler competes with Disqus (who we’re going to change because of their horrible ads) more than Twitter and Gab.

Unlike Parler, Disqus allows most sites to embed their commenting system.  I made several requests to Parler to use their system, but they just ignored me.  Oh well.  Gab has groups, a secure chat system, and an integrated news feed.  Parler has nothing.

Incredibly, Parler doesn’t have an API, which means developers can’t build on top of their service.  This is basic stuff.  Twitter and Gab provide APIs, although Twitter has become restrictive to the point where they might as well not even have one.

Parler is closed to the public, so non-members can’t see your posts.  How stupid is that?  An important functionality of social media platforms is embedding.  On this site, for example, I can embed tweets, YouTube videos, Instagram posts, and Gab posts (but seems to be back to square one -- at least working on it).  It's not even an option with Parler.

If the President moved to Parler today, his posts would be hidden from the public.  I'll give Parler the benefit of the doubt that they're working on this.

Parler has been promoting itself as a place that supports people to speak freely, yet they've been banning accounts for silly posts, therefore, it’s not a “free speech” site.  In fact, Twitter may be less restrictive.  On Gab, I never have to worry about losing my account. 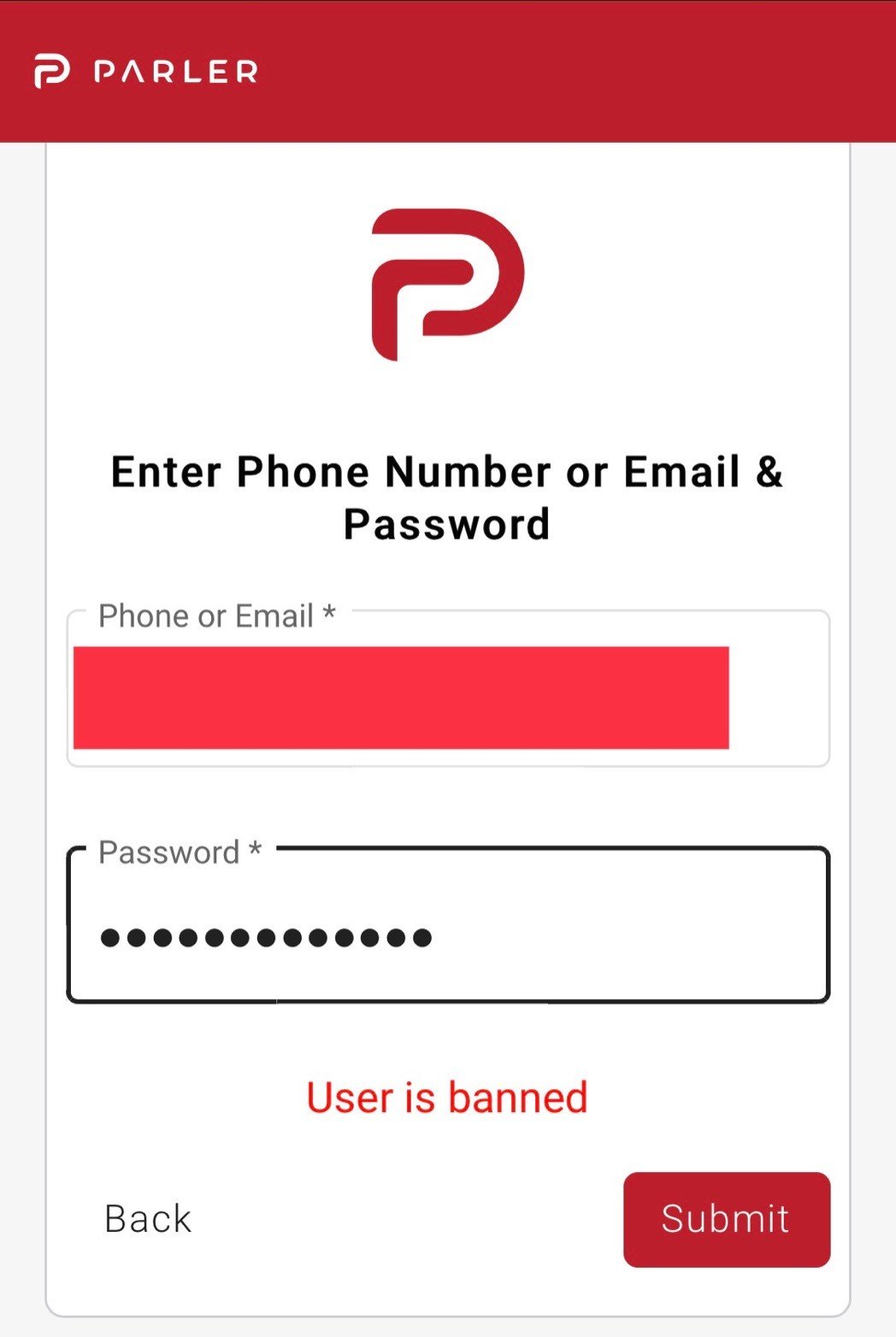 The conservative grifters and libtards classify Gab as a racist platform, just like they say about Parler.  I haven't had any bot or NAZI problems on Gab.  If someone posts stuff that annoys me, I stop following them and I no longer see it.  All posts on my Gab timeline are from accounts I follow.

Parler's platform is completely vulnerable to the Silicon Valley Marxists, while Gab has done an incredible job of completely decoupling from Silicon Valley and are essentially untouchable.  Gab's only real vulnerability is a delisting of their domain by their registrar (it’s already happening), but beyond that, Gab is a safe space for freedom of expression and thought outside the reach of Palo Alto.

Google and Apple have Parler’s nuts in a vice.  If they step out of line, they’ll be bounced from the app stores which would leave a big dent on their social media service, as Twitter users expect app functionality.  Other intangibles, such as being blamed for a mass shooting (that was actually planned on Twitter) and having their platform dropped from their hosting provider, would cripple Parler.

And so let’s assume Parler sticks to its principles and stands its ground. What does that mean for the author of the defamatory comment?

Well, this gem is tucked away in the Terms and Conditions:
/5 pic.twitter.com/vMtsDDjJPt

I’m making a prediction:  close to the election, Twitter will delete the President’s account.  He’ll move to Parler, where Apple and Google will subsequently remove the app from the app stores.  Parler will then likely be delisted by their domain name registrar, and as people funnel into Gab, their domain will also be delisted.  Gab will then switch to the dark web, made seamless by their Dissenter web browser.

Last year, Gab forked the Brave browser, which I thought was a ridiculous endeavor at the time, but now I think it was a brilliant move and will ultimately guarantee their survival.  When gab.com is delisted, I’d bet a configuration tweak in the browser will allow traffic to route through the dark web.  (Disclaimer: I haven’t gone through any of their browser code so I’m only guessing).

In the end, I think conservative influencers who invested in Parler will lose.  While Gab was paving the way and establishing a blueprint for competitors, Parler has not followed suit and I'm not sure why.  Maybe they have trick up their sleeve.

Andrew Torba has proven to be this guy when Silicon Valley attacks:

Will John Matze be this guy when attacked?:

This guy brutally assaulted a Macy’s employee because of his race and then slandered him by claiming he said the n-word, which was a lie. This is a horrific hate crime and if the races were reversed it would be the only thing we talk about for days. 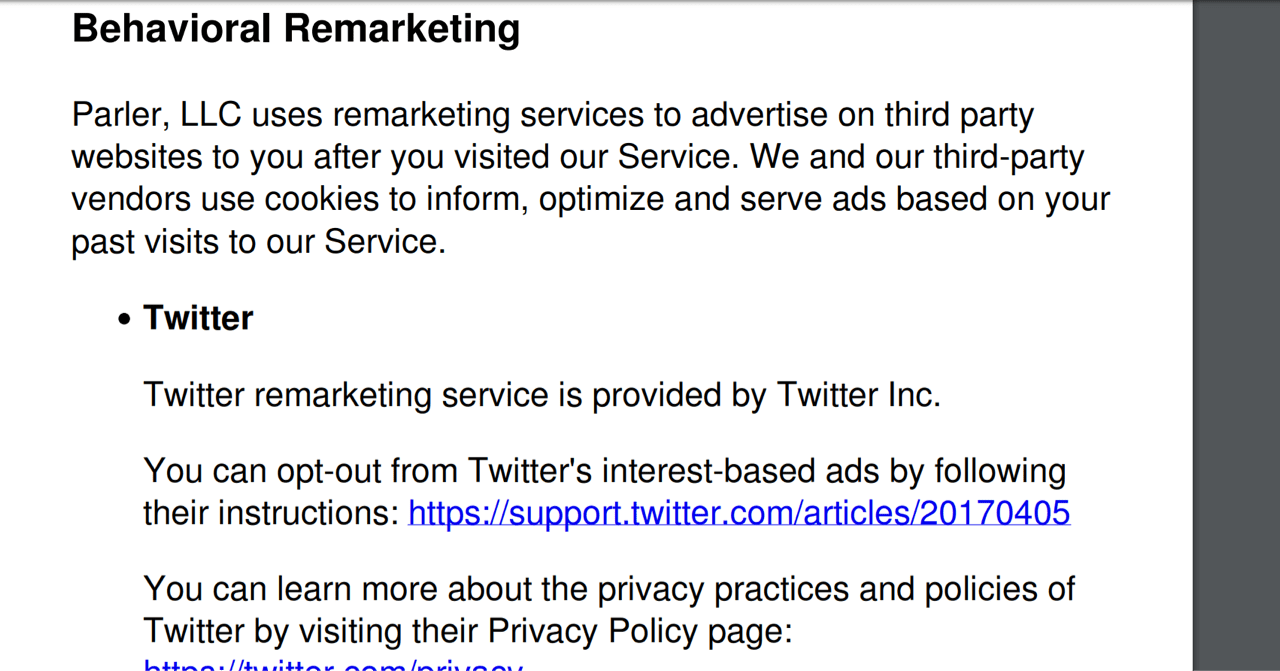