Let’s get one thing straight: in no universe does Bernie want to go against Trump.  The grueling campaign and the physical toll it would take on an eighty-year old Marxist only to get destroyed on election night is not something he desires.  He’s old, and Marxists are lazy by nature.

Right now, Bernie is raising his stock to command a higher dollar amount for his exit.

The “Bernie’s getting robbed” narrative from our side is intended to highlight corruption within the Democrat Party and their disregard for their voters, which is an inherent Democrat attribute regardless of the current optics.  We don’t really care about the clown show, but doing our part to provoke a civil war within the party is always fun.  However, those parroting that narrative don’t see the big picture, and all we're doing is making Bernie richer.

On its face, I don’t understand what the big deal would be if the DNC were robbing Bernie.  Hillary literally owns the party, so why can’t she do with her property as she wishes?

For Bernie, this is about stockpiling as much leverage as he can before negotiating his exit deal.  He has a massive email list of losers, and millions have been stolen from the purses of moms of Bernie bros all over the country and sent to his campaign.  Who knows how they’re moving money around to pay Bernie, but it's going to cost them.

The more cash he raises and bigger the contact list he builds, and more pissed off his followers as time goes on, the more leverage he holds.  Bernie knows what he’s doing.  He probably has a new lake house picked out as we speak.  Once he pulls the eject button, he’ll need to endorse Bloomberg (who I’ve said would be the nominee for the past few years) and to mitigate the collective tantrums from his base.

One of Sanders’ tasks was to take out Warren to clear the path for mini-Mike.  He effectively did that, and he already laid the groundwork for an early exit with his Fred Sanford episode, which will not only give him an out, but he can give the DNC plausible cover, i.e. “the DNC didn’t rob me; I had to drop out for health reasons”, and then probably go on a rant about how mini-Mike will carry the communist torch.

Bernie wants to be back home at one of his lake houses in the gorgeous backwoods of Vermont, sitting in a reclining deck-chair with his wife while smoking a Montecristo and sipping a cognac while touching glasses and saying “honey, we did it”.

When you hear the Bernie campaign saying “they’re not going to do what they did in 2016 again”, what they’re really saying is “go ahead and triple the 2016 deal”.  The pressure is on the billionaires to come in and figure out how to pay Bernie.

Don’t worry about Bernie’s supporters.  They’re beta-soyboys who like to act tough, but if you ended up in a combat situation with one, they’d end up scratching and biting more than inflicting any real damage.  AntiFa only terrorizes deep-blue leftist controlled cities where you’re not allowed to punch one in the mouth, or you’ll get arrested for defending yourself.

Ironically, these are the leftist cities that Bernie would carry.  I’m going to enjoy watching them melt down after Bernie collects his golden parachute and endorses the globalist like he did last time. 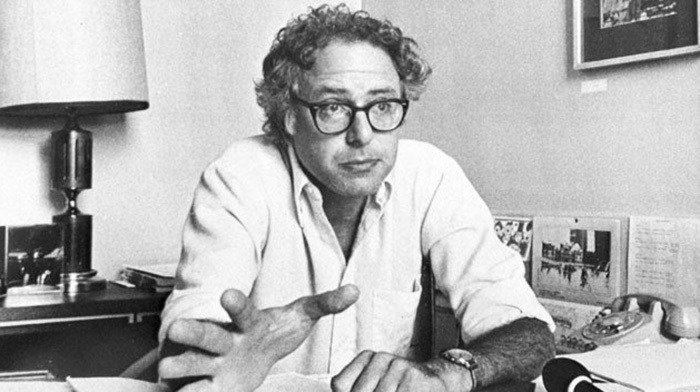