Sane Bernie supporters are like Bigfoot: I’m not saying they don’t exist; I’ve just never seen one.  Dig a little deeper than the memes of what a Bernie supporter is, and it’s really troubling.  What did our country do to these precious snowflakes to cause this passionate disdain towards Americans, and why are they drawn to Bernie like Twinkies to Michael Moore?

This undercover video of a Sanders staffer released today by James O’Keefe today was unreal:

BREAKING: @BernieSanders “free education” policies to “teach you how to not be a f**king nazi.”; 'There is a reason Stalin had Gulags'; 'Expect violent reaction' for speech. If Bernie doesn't get nomination "Milwaukee will burn"

Bill Ayers would tell this guy to take it down a notch.  Who raised this guy?  I’d love to have a sit-down with his father.

Look at this next clip where he says they (AntiFa) need to take away our free speech (Trump supporters) because of his belief that we don’t want other races to exist:

BREAKING: "(Anti-fascists) We're willing to go above and beyond what the law says is acceptable...I don't give a f**k if it's free speech or not...like free speech has repercussions...you should expect a f**kin violent reaction." - Kyle Jurek, @BernieSanders Campaign#Expose2020 pic.twitter.com/RxDjlA7KbW

The irony about this kid’s rant is the safest place in the world for a non-white among any group of people is a Trump rally, but what has led this kid to believe that genocide is even on our daily TODO list?  Why does he circulate these ridiculous narratives?

Being a Trump supporter, or conservative in general, is the antithesis to violence, let alone genocide.  We’re too into the pursuit of happiness and liberty thing.  We’d rather crack open a beer and fire up the grill with you than purge you from the planet.

Sadly, these Bernie-bots did not arrive at these radical perspectives on their own.  Free thinking does not lead you down a path to this insanity, hence why we need to look no further than the Marxist-controlled school systems.

Beyond anti-American lectures by Marxist professors, what makes these kids susceptible?  I suspect it’s a combination of the over-prescription of drugs combined with the destabilization of our culture, overall.  If you’re triggered because someone tells you a man is stronger than a woman, or marriage is between a man and a woman, then somehow your emotions have taken over your brain’s logical faculties and are holding them at gunpoint.  When you’ve been convinced basic human nature in itself is an injustice, then you’re probably too far gone.

I believe these people have intense insecurity about their inabilities, or unwillingness, to produce in society.  Academia provides a safe haven for a failure, and Bernie is the poster child for that being acceptable.  The attitude that you will never be successful because it’s the capitalist’s fault, or success is only possible by causing injustice of others, is quite a paradox to carry.  No wonder Starbucks will never have a labor shortage.

With a Bernie supporter, the business owner is always the unjust actor, and the worker is a character out of the dust bowl, wearing a pair of overalls with a broken strap and dirt on his hands who needs just enough money to buy some rice for his 18 children.  The fact an employment agreement between employer and employee is symbiotic and mutual means nothing.  For the Sanders supporter to have validity, the worker must have the fruits of their labor unjustly reaped by the greedy capitalist.

These perspectives are beyond insane, but for the Sanders supporters to maintain their validity, they have to act as if these things are real.  A great example of this are the arsonists in Australia.  We all know global warming is a hoax, so they have to make it real by causing fires, then point to the the hoax as the culprit.

That’s in Australia, but a perfect study on how these people think; just apply it to economics or life in general.  They’ll say Trump supporters are NAZIs, therefore, it’s OK to attack NAZIs, because they're doing the right thing.  What, you wouldn’t go back in time and kill baby Hitler?

This Bernie staffer is not a lone wolf; he’s the quintessential Bernie supporter, and he’s one that happened to be caught on camera.  With O'Keefe, I'm sure we can expect a few more.  Bernie Supporters, please, get help.

Joe McCarthy is rolling around in his grave. 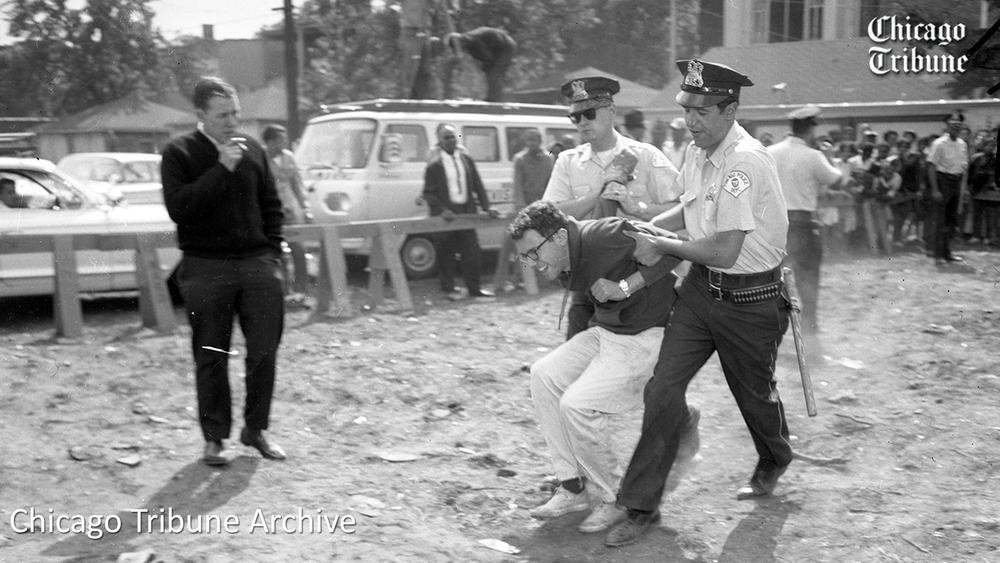 I was stuck in the hospital...