NBC News is making a big deal about how Bernie drew a crowd of 3,000 people to his rally in Iowa.  During a Trump rally, at any point in time, 3,000 people are up taking a leak.  The venue for the Trump rally in Iowa had a capacity of ~7k, which does not include the people on the floor, but comparing Trump crowds to Democrat crowds isn’t fair.  We have to compare Trump overflow crowds to the Democrats’ main crowds.

Bernie’s crowds are packed with freeloaders in a nice, warm venue who have to have mom’s car back in the garage before she goes to work in the morning.  In reality, it’s not even fair to compare Trump’s overflow crowds to Democrat indoor crowds because they’re still bigger and more intense.  Here's "swing state" Michigan:

What about when Trump gets on Creepy Joe's home turf in Pennsylvania?  Let's ask Katy Tur:

Wouldn’t it be a shame if it went viral?

Here's Joe's crowd when he launched in his home state of Pennsylvania, where he's rolled his sleeves up on a podium for the working man (who's now employed) for over 40 years: 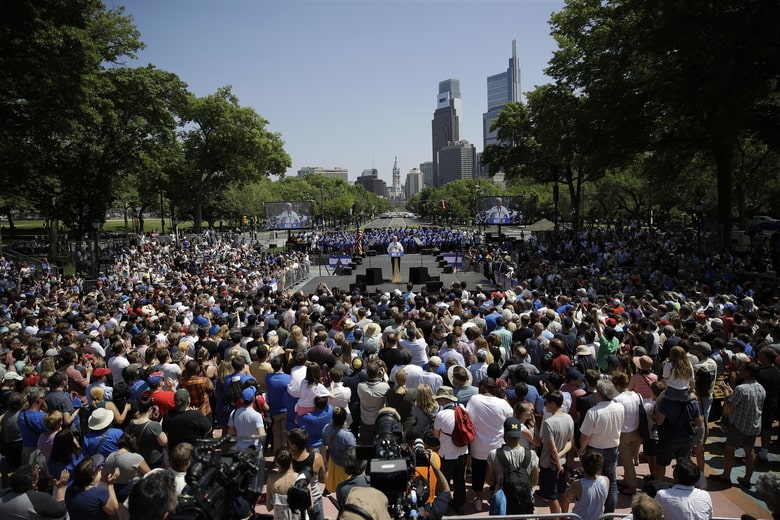 Trump's Hershey overflow crowd was a few multiples of that:

Trump’s overflow crowds are so massive that they have to stand-up big-screen televisions for every event.  Going to a Trump rally is like tail-gating for a football game for which you don’t have tickets.  It’s fun standing in the freezing cold for hours when you’re doing it to show support for the greatest President in history.  That doesn't happen for Breadlines Bernie.

Sadly, Bernie is destroying the other Democrats in Iowa with 3,000 people.  Think about that.  The Sanders campaign said 3,000 people attended in Iowa, so we know that really means a lot less.  How did Creepy Joe do in Iowa?  Here's an event with Creepy AND John Kerry: 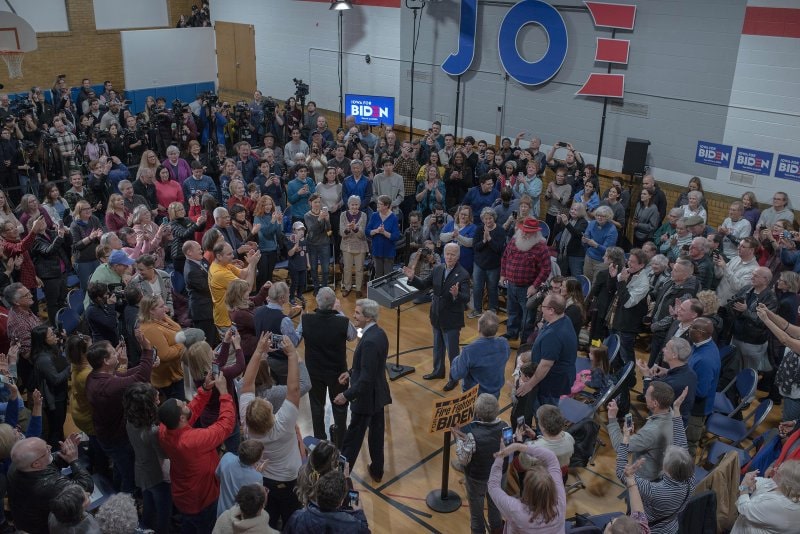 I've been to house parties in high school bigger than that.  Here's what Iowans do when Trump comes to town in the middle of winter:

The President's support has destroyed any semblance of hope the Democrat party had for a victory.  His crowd sizes have been unlimited, in-your-face political capital for him to flaunt in front of his opponents, and for negotiating leverage with world leaders.  President Xi was likely looking at Biden's rallies and had to finally pull the plugs and try for Warren and Bloomberg.  Mini-Mike has already been humiliated over his lack of height.  Trump would have to be careful not to accidentally step on him if they ever met on the debate stage.

Back to Sanders, he's the only one who can get at least a handful of people to hear him speak, but it's well short of anything close to Trump's overflow crowds, and this includes blue states.  I've been saying Trump will take 45 states, but I honestly think he could run the table as unbelievable as that sounds.  I think California is even in play.

After Bernie cashes out, all they'll have left is Mini-Mike, who I think I could out-draw. 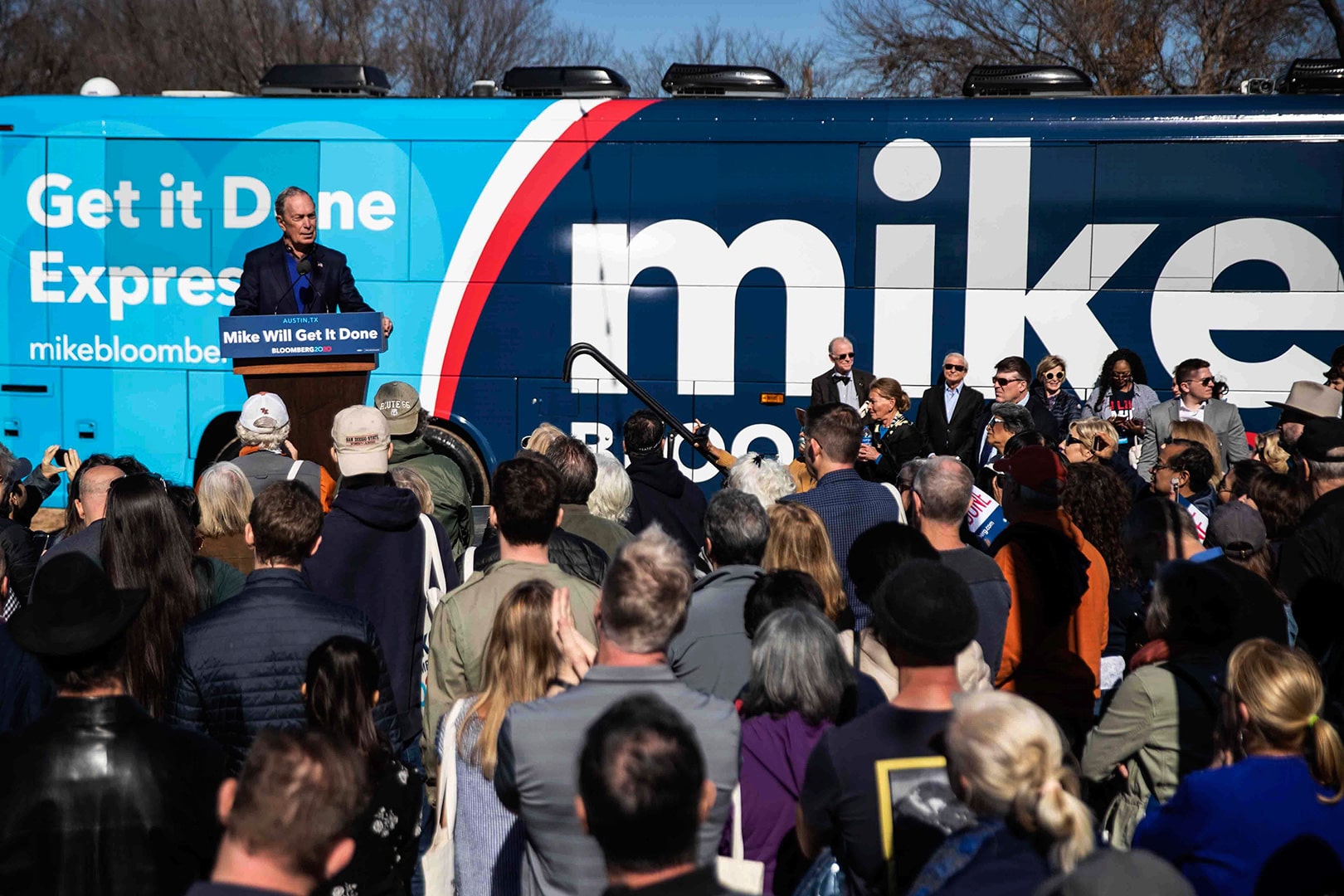 Waiting for John Kerry on this snowy evening in Clinton, Iowa. pic.twitter.com/6WiBQ4M1nM 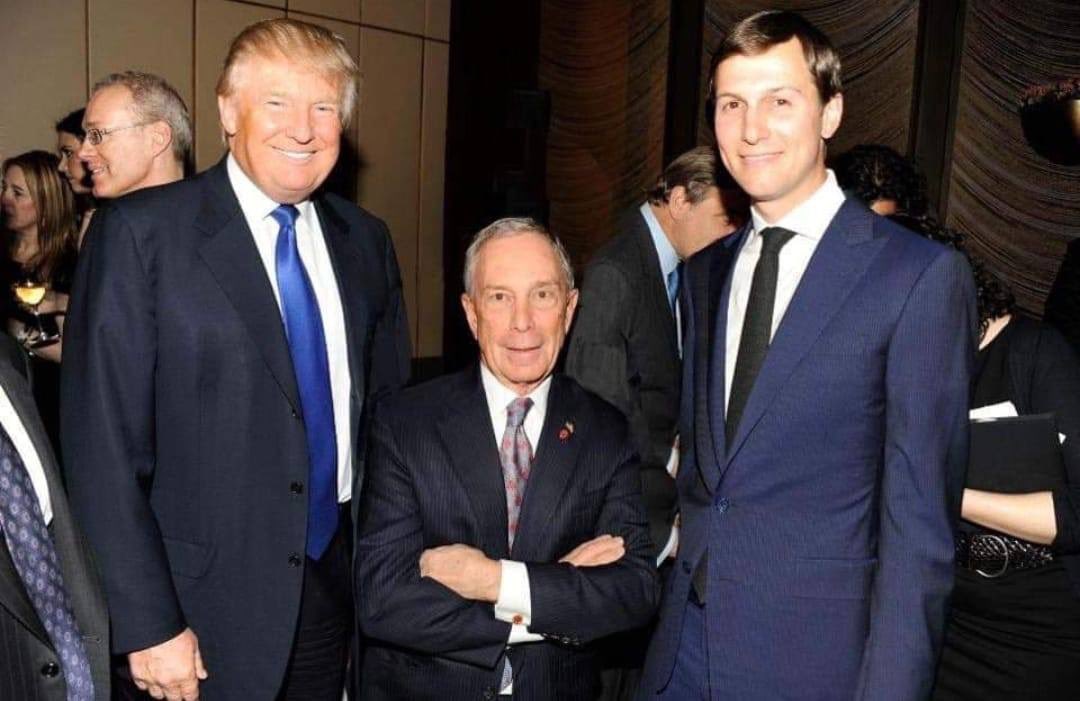 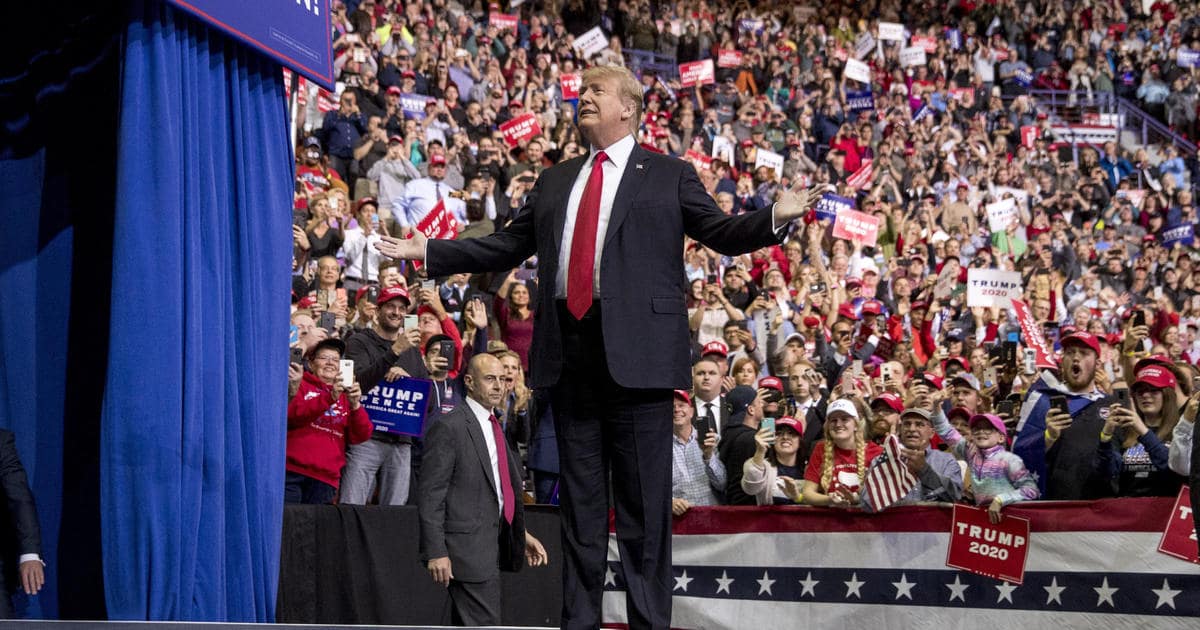