The President tweeted he's having a rally this Saturday in Green Bay:

I will be going to Green Bay, Wisconsin, for a really big Rally on Saturday Evening. Big crowd expected, much to talk about. MAKE AMERICA GREAT AGAIN!

Each rally is going to be devastating to the Democrat candidates logistically, strategically, and psychologically.  While the Democrats are still trying to compete against each other over who's the most anti-American and deranged, the President's operation is hitting a stride with maximum efficiency, fueled by bad news for the Democrats flowing out of the DoJ and official sources.

These crowds are massive, and Brad Parscale gave some insight into their already well-established and efficient data gathering and GOTV operation that capitalizes on the logistics of the rallies.  The crowds generate a massive flood of voter data allowing them to further dial into that particular locality and have voters ready to march to the polls in unison come election time.

Strategically, with the data gathering almost a year and a half out, they'll be able to rapidly chip away at blue strongholds under the cover of darkness with their massive GOTV volunteer base and bottomless funding.  These rallies are like a walk-through and site visit of a town you're about to invade in a year and a half.  You locate the munitions depot, the food and water sources, infiltrate the townspeople, and have the battle won before you even fire a single shot.

Psychologically the size of the crowds terrifies every Democrat candidate to their Marxist core.  Trump's overflow crowds standing outside of the venue are as large as one of Bernie's crowds.  They're not only bigger, but they vote.  Of the Democrats, Bernie is the only one who can draw decent crowds, but they lack the size and intensity of Trump's.

President Trump gets to perform an hour and a half of improvisational standup comedy using the Democrats as punchlines.  They give him so much material that there's no need for teleprompters.  Bernie supporting the voting rights of prisoners is going to be comedy gold, along with Beto, Creepy Joe, and the rest of the lunatics.  He will call attention to the anti-American insanity of the Democrats in front of millions of people watching from home who will be listening to the laughs and chants from a 30,000 person studio audience.  He will eternally brand a few of them just for good measure.

We love to laugh at the stupidity of libtards.  It's fun for us and the most powerful man in the world is on our side, right there pointing at them and laughing with us.  I'm afraid Bernie is going to get the brunt of it because he's low hanging fruit.  He may get torched so bad that he may take the first offer to drop out instead of negotiating.  Bernie had a softball town hall with a friendly crowd and he could barely keep it together.  It's all fun and games in the university auditorium, but on the big stage he'll fall apart.

For those of you who forget how President Trump will freestyle in a debate, here's a quick reminder:

The Democrats simply can't compete, and every rally will be a punch to their gut reminding them they have no chance because they're already too late (Trump filed for re-election the day after the election), they're out-funded, they don't have the intense voter base, no consolidation, and are vastly outmatched on social media.

After a rally, they'll play catch up as the memes pile up and media runs around calling us racists, but as they try and hunker down and think they're getting a footing, another devastating blow will come out of nowhere and knock them down, and then another rally, and more devastating news, and on and on and on.

The bright side for the Democrats?  They'll always have their base: 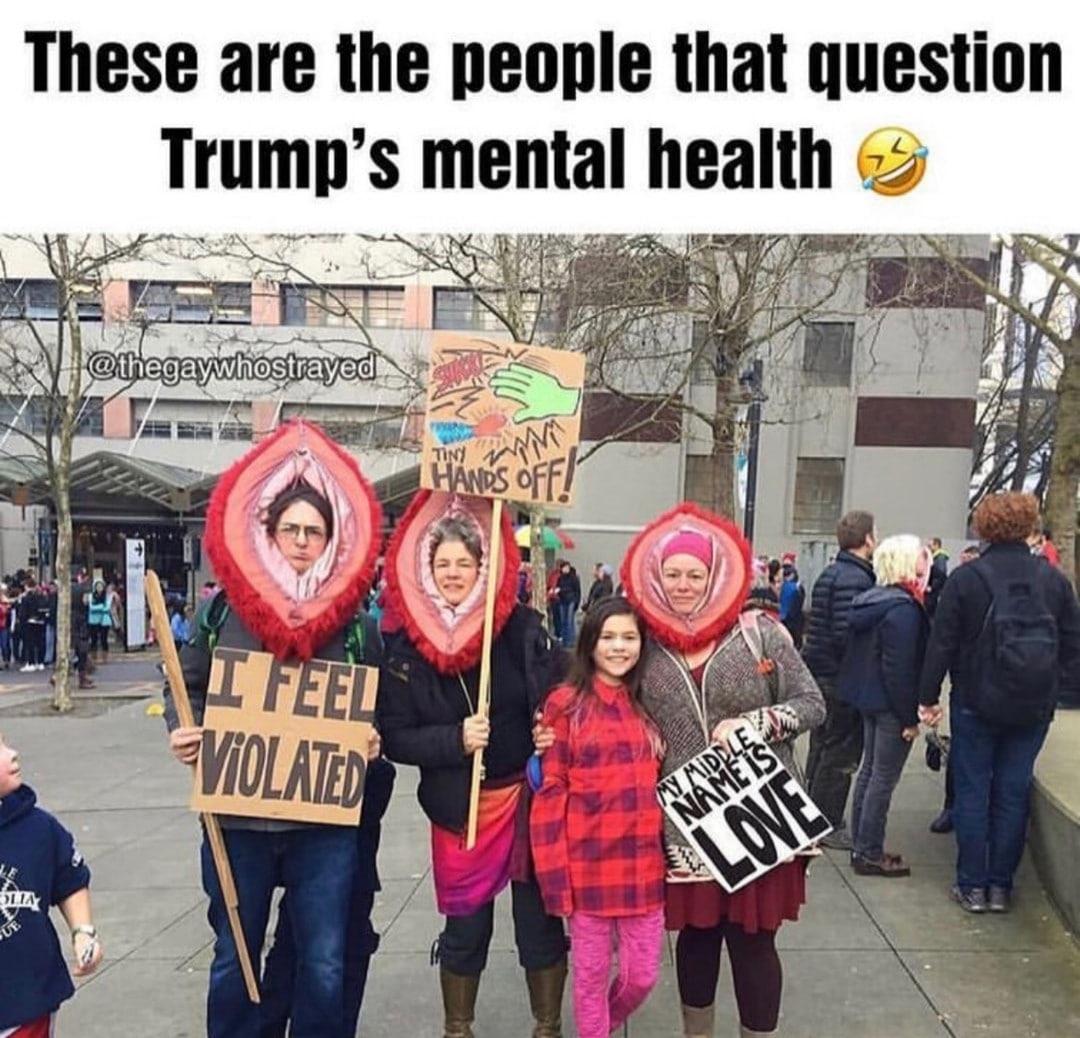