The GOP Primaries Have DECIMATED the anti-Trump RINO Establishment

So much to say after last night's drubbing of Lizard Cheney.  Before I ramble, I wanted to highlight two excellent articles.  One compares Cheney and Hageman, and the other about how the Trump team isolated the Lizard and took her down.

This article from Wyomingite Pavlos Papadopoulos in "The American Conservative" highlights why Hageman was indeed an excellent pick.  She may have the outward appearance of a San Francisco leftist, but she's as solid a conservative as they come, and this article contrasts her and Cheney.  A quick snippet comparing the two:

As with her prior career, so with her current priorities. When asked recently about the biggest challenge facing Wyoming, Cheney gives three answers. The first plays to her original brand as a foreign policy hawk: She refers to “threats” from an updated Axis of Evil, “Russia, North Korea, China, and Iran.” The second challenge is the battery of issues that ordinary Wyomingites actually care about: Biden’s economic, energy, and tax policies, which are “hurting our families and hurting our communities.” Cheney’s final answer is an appeal to her new brand: the “toxicity and vitriol […] tearing our country apart” and a lack of “serious leaders,” which is to say, Donald J. Trump, and all his works, and all his empty promises. Cheney doesn’t name Wyoming in her answer.

Harriet Hageman, by contrast, claims that Wyoming citizens are most concerned with “inflation, the open border/illegal immigration, and the protection of our fossil fuel industries.” She said that these issues are interrelated: “the government’s role in our lives is to secure our rights and interests,” but the federal government—not just the Biden Administration—has adopted policies that “increase the cost of food, housing and energy.” Which is to say, according to Hageman, “our challenge” is the fact that we’ve lost “the basic understanding that government is of, for, and by the people.”

“Fighting the administrative state will be my signature issue,” Hageman told me in our interview. “I have fought regulators and bureaucrats in court; now I will do it in Congress.” It is certainly consistent with her last 25 years. While Liz Cheney was working for the World Bank in Central Europe, Harriet Hageman was taking Nebraska to the Supreme Court over Wyoming’s water rights in the North Platte River watershed. While Cheney was at the State Department promoting economic investment in the Middle East and dreaming of regime change in Iran, Hageman was defeating Clinton-era rules in the U.S. Forest Service and Obama-era regulations of the livestock industry. Cheney’s career has been defined by the Pax Americana and the military undergirding it. Hageman’s political identity is Sagebrush Rebellion, through and through.

The other article is from "Politico" who, believe it or not, can put out some great content, especially around election time when they maintain some objectivity.  The article provides a glimpse behind the scenes of how the Trump team threw support to Hageman to take down the Lizard:

The episode illustrates Trump’s all-encompassing role in the effort to oust Cheney, which culminated Tuesday in a lopsided primary defeat for the congresswoman. Hageman ran with Trump’s support, was advised by Trump’s lieutenants, and was funded by his donors. Trump aides vetted and interviewed Cheney’s prospective challengers with a degree of care the operation didn’t display in other big midterm races. Once they settled on their pick, they cleared the field of Hageman’s primary rivals. Then, the team formed an outside group that was heavily funded by Trump’s PAC, which ran TV ads starring the former president’s son, Donald Trump Jr.

It was an unusually disciplined effort by Trump’s political orbit — a far-flung, often chaotic constellation of operatives whose disorganization, fueled by Trump’s impulsiveness, has often impeded their attempts to influence campaigns. This time, the well-organized Trump forces swamped Cheney, who by the end appeared less focused on surviving her reelection fight than embracing a high-profile national role as a Trump critic.

“Trump-world organized and mobilized like I’ve never seen before to ensure Cheney’s defeat. Everyone correctly understood that, symbolically speaking, no midterm race was more important for the future of the America First movement than this one,” said Andy Surabian, the chief strategist for the pro-Hageman outside group, Wyoming Values PAC.

If there's any doubt about President Trump's legendary ability to withstand an onslaught and then exact revenge against his enemies, who are our enemies, then the Cheney defeat should put that to rest.  Facts are facts, and the fact is they're dropping one by one.

The McCain stronghold is gone.  The Bush, Cheney, and Clinton dynasties are gone.  Epstein and Maxwell are gone and the patriots have the client lists.  Eight of the ten impeachers are gone, and those who remain, like Hussein and his communist operatives like those in the FBI and DOJ, are up next, and currently entangled in quite a pickle.

One point I've repeatedly made in recent years is President Trump's superpower is his intense support from the American people, and it's why his rallies have always been overt displays of power to wage psychological warfare against the enemy.  It emasculates the enemy and makes them go weak in the knees come time for battle.

The illusion of popularity is critical for the enemy.  One piece of knowledge the Marxists pass down from generation to generation is people want to publicly be on the side of the majority.  It's why control of the media and Hollywood is so important.

When people think they hold "unpopular" views, they keep it private for fear of intimidation and being singled out.  Think of the Marxist organizations like ACORN, BLM, and AntiFa.

President Trump's display of popularity neutralizes this very important weapon of the enemy, leaving them naked for all to see.  It also emboldens other Trump supporters who realize more that they're not alone.

This is one reason why I support President Trump, pretty much unconditionally.  For example, I despise RINOs with a passion, and wish they'd all immediately spontaneously combust.  Yet, I support Elise Stefanik.  I do this because by me supporting this idiot RINO, I give President Trump more power to fight the enemy.

This is why I say vote for Trump-endorsed candidates, even if we don't like them.  Trump needs to maintain his power over the establishment, and if his endorsements were to start flopping, then that weakens him.

I'd love nothing more than to push Dr. Oz out of a helicopter, but I'd do whatever I could to vote for him.  We've held our noses for decades to vote for the RINO over the Democrat, so why can't we do that now for President Trump?  This is about moving chess pieces against McConnell.  Sadly, this point is lost on too many in MAGA.

When Trump allowed the election to be stolen in 2020, the RINOs and anti-Trump operatives exposed themselves in a major way, and the "it's time to move on" grifters were ecstatic over what they believed was Trump riding off into the sunset and a piece of the pie of a Pence-Haley Republican future.

After the primaries in Arizona, Michigan, Wisconsin, and Minnesota, Richard Baris called a Pence endorsement "the kiss of death."  He was serious.  In head to head match-ups of well funded Pence endorsements to lesser funded Trump endorsements, Trump ran the table and wiped the floor with that painted layer of white on Pence's head.

Since Arizona, the "influencers" who've desperately pushed the "Trump lost" lie and "let's move on from Trump" mantra over the past few years are frantically trying to run back onto the MAGA train, like the little fat kid in the movies running after the caboose as his friends with outstretched hands cheer for him to run faster.

These grifters can only jump back onto the MAGA Express when emotions are high, and after the jackboots raided Mar-a-Lago, they're running their fat little asses off trying to use the anger at the FBI and DOJ to jump back on the train.

They attempt to misdirect from their anti-Trump posts with qualifiers like "I didn't want Trump in 2024, but after this raid..."  They want you to forget that they're losers who wanted Pence, but those dreams vanished and now they're scrambling for a new tit.

The consequence of Cheney's loss can't be understated, and with Trump's endorsement streak, expect some of the RINOs in Congress to suddenly realize it's time to realign.  You'll see tougher talk from clowns like McCarthy, and they'll try to hop onto the coattails of the America-first Squad of Greene, Gaetz, Boebert, Gosar, and a number of others, along with the incoming crop like Masters, Vance, and Kent.

Why does a MAGA-red congress terrify the RINO establishment deep-state?

Who holds the purse strings?  Who can defund an agency and unconstitutional projects?  Who can launch congressional investigations?  Who can block legislation?  Who can override a Creepy veto assuming a supermajority?

When President Trump returns, the fun REALLY begins.  Who will ram through America-first legislation?  Who will confirm Trump-appointed agency officials?  Who will get serious about oversight?

America-first candidates aren't shy, and when in office, they will be looking to make bold pro-America moves.  If you're an establishment RINO, these are not the people you want roaming around in the Capitol Building.

Example?  Marjorie Greene discovered how votes are passed in Congress.  She now calls for roll calls and it drives everyone crazy, especially radicals trying to ram through legislation.

That's just one America-first representative in the minority party on no committees; imagine a majority of those, in the majority party, on committees.

In a few days, the meltdowns by the RINOs will be epic.  They're still in shock, because not only did Cheney lose, she lost by 40 points!  Even more incredible, those numbers should be much worse because there was significant Democrat crossover.  That's a mandate against anti-Trump RINOs!

The real elections are the primaries.  They now belong to MAGA. 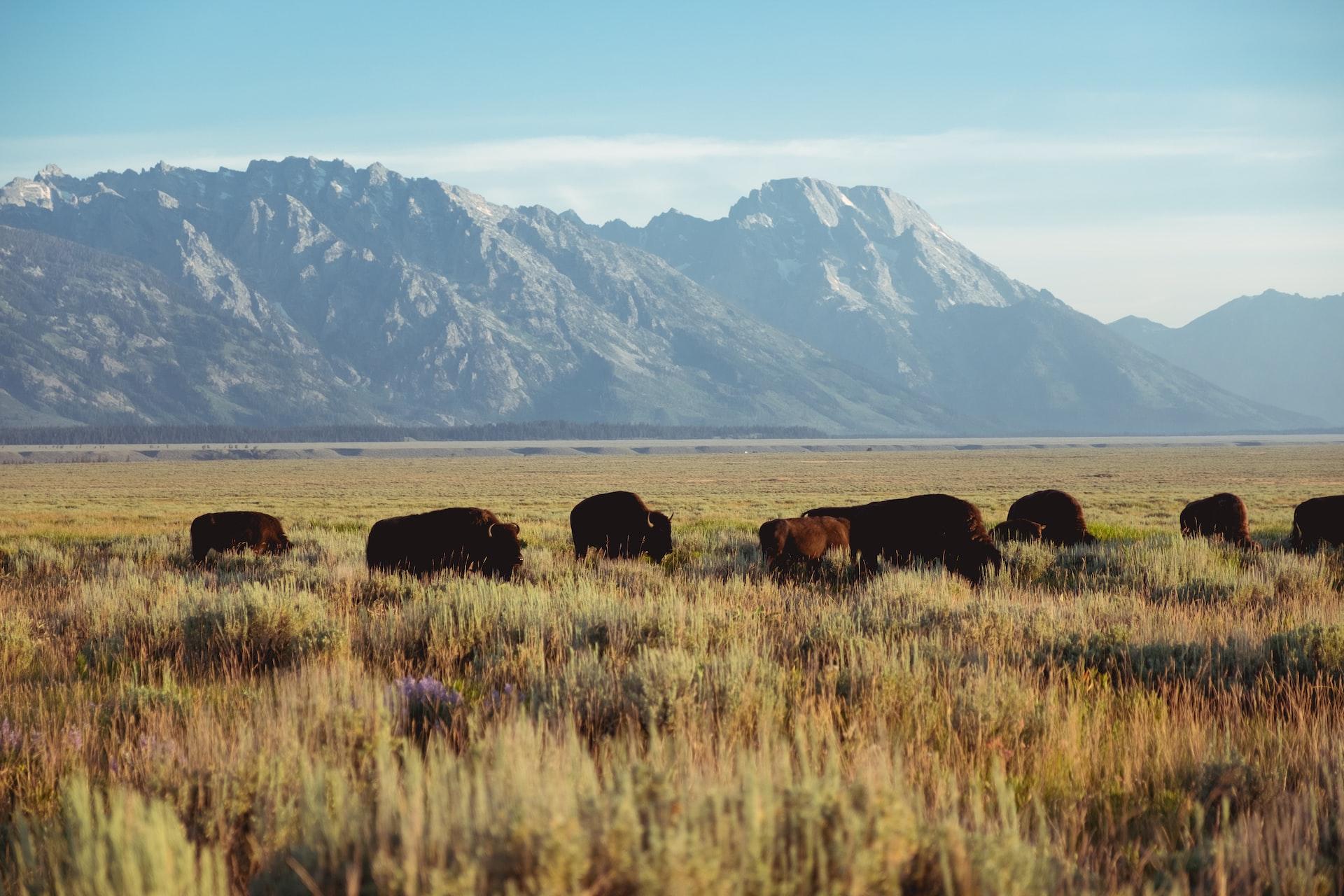