Virginians are giddy over Youngkin, Sears, and Miyares taking power

In Virginia on Saturday, Glenn Youngkin was sworn in as Governor, Winsome Sears as Lt. Governor, and Jason Miyares as Attorney General.  They started throwing punches on day one, and hopefully a preview of executive leadership for Virginians.

First, let me address, there's ongoing concern that Youngkin is a closet RINO.  He'll go through the motions, and he's going to screw us over (or Virginians I should say).  I'm not on board with that.  Let's let's first give him some time.

I do agree that he's going to do things that drive conservatives bonkers, but like I did with President Trump, he's good with me until he starts doing RINO things.  President Trump never even stumbled, and hopefully Governor Youngkin can keep pace.  Let's track his actions.

The big three started off Inauguration Day with a bang.

Winsome Sears continues to take running kicks to the nuts of wokeism and promote American exceptionalism.  She is about the opposite of Marxist as you can be, which is a fresh injection into Virginia leadership.

Remember the lunatic who previously held the seat?  Virginia no longer has a lunatic to preside over the State Senate, and is a tie-breaker in an essentially split makeup.

The new Attorney General did some restructuring:

Virginia’s new Attorney General Jason Miyares fired 30 staff members and announced investigations into the Virginia Parole Board and Loudoun County Schools within hours of being sworn into office.

Mr. Miyares was sworn in as Virginia’s Attorney General on Saturday and he’s already cleaning house.

“One of the reasons Virginians get so fed up with government is the lack of transparency – and that’s a big issue here,” Miyares wrote. “The Virginia Parole Board broke the law when they let out murders, rapists, and cop killers early on their sentences without notifying the victims. Loudoun Country Public Schools covered up a sexual assault on school grounds for political gain, leading to an additional assault of a young girl.”

He doesn't sound like he's playing games, and he's going after the deep-state pedo school boards and opening cold cases.  Guess what state AntiFa-BLM will NOT be operating.

Sounds like he's pretty serious, and it's another testament to what I've been saying about the tide turning due to the Trump era.  He has laid the blueprint for Republicans that we own the issues and proven they can campaign and deliver on them with complete confidence they'll have support of their constituents.  This is also confirmed by DeSantis.

The deep-state lie that candidates can only win if they retain the crusty consultant class sticking to an outdated playbook, dependent on media influence, has been shattered.

Did you fall for the anti-Trump cuck grifters' lies and believe President Trump is not as popular as we was?  Check out this quick crowd pan from Arizona last weekend; that's the OVERFLOW crowd.  Name one politician in or out of office who can draw like that.  This is why I saw our consolidation of support behind President Trump gives him great power over the field and the control of the electoral chess board.

Speaking of Governors, Kari Lake spoke there with a few other strong candidates.  Think MAGA will turn out and vote for her?  There's a reason a Trump endorsement is a golden ticket to cut to the front of the line in the primary.

Virginians I know are over the moon about Youngkin taking office, so I'm not going to pee in the punch bowl until there's a reason to do so.  Until then, at first glance, Virginia has moved much closer to a DeSantis-like attitude in the Governor's office. 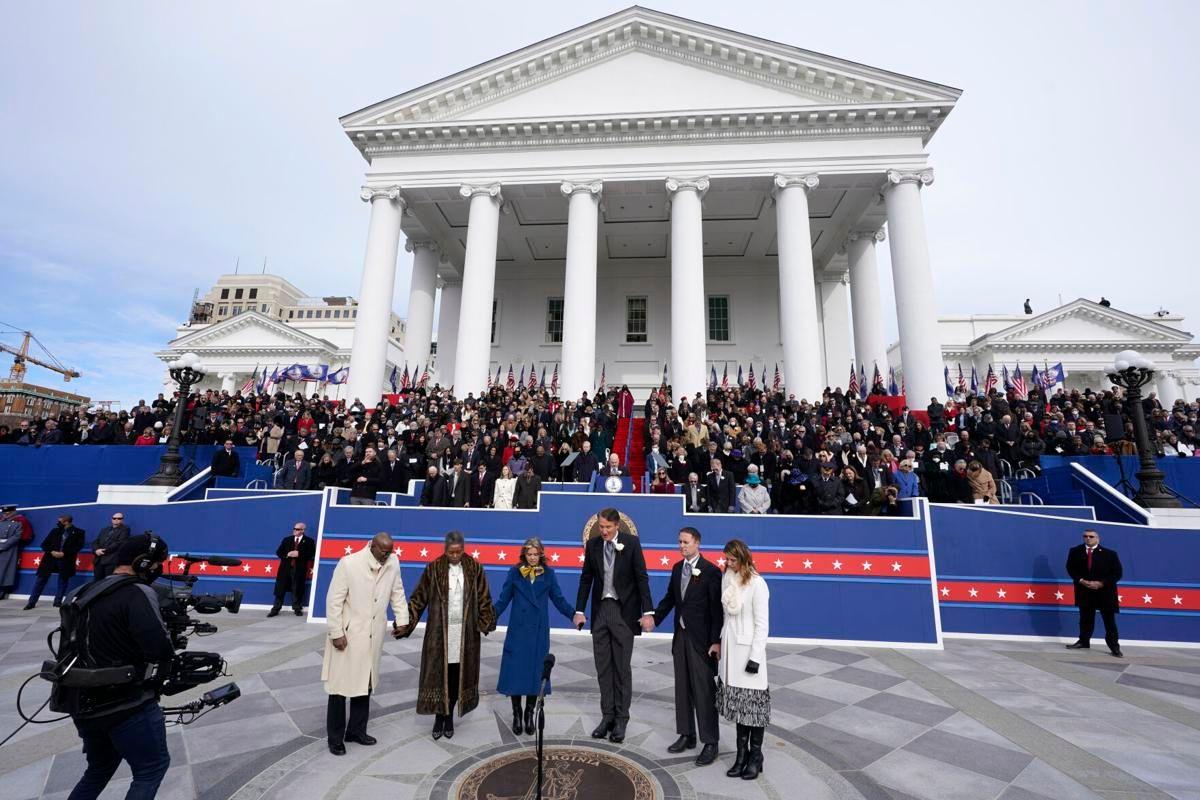