There's something odd happening right now, and I can't quite put my finger on it, so I figure I'd put out my take and see where it goes.  It involves tweets from Lin Wood, as well as other cabinet members and a few supplemental events, about Mike Pence; one tweet includes an image of Epstein and Maxwell:

Mike Pence @VP @Mike_Pence should resign immediately unless he publicly states that he will reject electors from states where fraud occurred.

A man of God would NEVER certify a lie.

Every lie will be revealed. Every lie means every lie. Always has. Always will. https://t.co/QbGJyFYRyF pic.twitter.com/fvhsj3Y6Eo

First and foremost, Trump is the master of deception and disinformation, as he's had to be to evade and take down the deep-state over the past few years.  A lot of the fake news we've read over the past few years has been put out from the Trump team itself, many times to flush out leakers and weaken the credibility of propaganda outlets.

Some of the news, fake and real, can be threaded from players orbiting Trump's circle, like General Flynn, Sidney Powell, and Lin Wood.

I've been hearing crossfire between MAGA and GOP RINOs over Lin Wood's tweets about Chief Justice Roberts, Justice Breyer, and alleged involvement with Epstein (I did an article on that).  I've pretty much ignored all of it with the knowledge that many don't understand the chess match and disinformation that's constantly ongoing behind the scenes, but this tweet from MonkeyWerx piqued my interest:

Q: Why is the acft with Pence on it not showing as AF2 but instead as SAM391? it had fighter escorts for DC, now returning from Vail. Still as SAM391. VIP TFR is no longer over Vail so he is def on the acft A: could he no longer be VP? 🤔 pic.twitter.com/s0mEtdiBNj

For the record, I think Pence is a good guy until I see evidence to the contrary.  It's why I thought nothing of it when Trump and Pence suddenly canceled their New Years appearances the night of and headed back to the White House at the same time, other then something important they had to handle.

Oddly, MonkeyWerxs tracked Huber heading to D.C. at the same time (he mistakenly said Durham, but corrected it to Huber in a follow-up tweet):

I don't want to speculate too much about those flights, but it's worth taking note I believe.  Another interesting component is Louie Gohmert's lawsuit against Pence, which was dismissed yesterday by a federal judge.

I didn't think much of that lawsuit either, as it seemed to be on the periphery.  Pence would carry out his duties, lawsuit or no lawsuit.

I'm a fan of Lin Wood.  Even if I'm not on board with some of his assertions regarding Epstein, Pence, or Roberts, it's not because I don't think it's not possible.  It's because I haven't seen any evidence, but I do operate under the presumption that he does have evidence.  Therefore, I'm not rushing to throw Wood under the bus.

What in the hell is going on?

On the flip side for Pence, one thing never sat right with me.  Back in 2019, Pence's former Chief of Staff Joshua Pitcock's wife was outed in a dump of Strzok-Page text messages as someone helping to infiltrate the White House.  It never sat right with me as to why they thought she'd be a willing asset, or her husband.

I since brushed that off, but it was odd.  Pence was also overly friendly with China while Governor of Indiana.  I never liked that either, but if you're tapped to be Trump's Vice President and you're soft on China, you'll get hard quick.

Pence was put in charge to lead the COVID task force, and was Chair on the National Space Council.  He slayed Heels-Up in the VP debate, and was seemingly embedded confidently in the administration.  I'll remain in the camp that he's a good guy until something official is revealed.

Mike Pompeo went on a tweet storm, posting a bunch of pictures with Mike Pence cut out.  The timing of all of this seems to revolve around Pence's duty under the Twelfth Amendment, where he decides the integrity and validity of the Electoral College votes.

Why would Pence have a problem with this?  I don't think he does, so I'm thinking much of the Pence hoopla is diversion and disinformation, but again, I'll change my perspective if evidence is presented.

Ultimately, none of this matters.  President Trump will be sworn in for a second term regardless if any Pence drama transpires.  Until then, I anticipate him doing the right thing, otherwise, it would be the greatest shock of all. 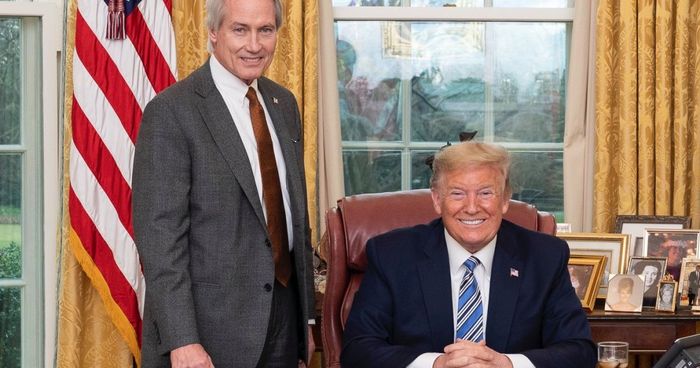