We need to be careful about branding the Chief Justice as being involved in any Epstein-pedo activity simply because the name "John Roberts" was on the Epstein flight logs.  Let's think this through.

John Roberts is a very common name, and we shouldn't reflexively assume it's the Chief Justice.  Yes, Epstein ran around and compromised elites and powerful people, and I certainly wouldn't be shocked if it's indeed him.  However, we don't have the evidence beyond an assumption based on a very common name.  What if we were in Ireland and the name was Connor O'Sullivan?  Or China and the name is Ping Pong Chang Chung?

I've been told I'm "frustratingly objective", and in this case, I think it serves me well, as it would all of us.  Let's retain credibility and argue what we can prove.

Branding someone a pedophile is a pretty serious accusation.  As conservatives, genetically, we're more intelligent than leftists.  They think CO2 consumed by plant life is a pollutant, and there's more than two genders.  They also slander innocent people as "racists" and "NAZIs" with no evidence or cause.

We're smarter than that and should not dilute serious accusations of pedophilia if we're not 100% certain.

Let's not do that with Roberts.  I'm no fan of the guy, and since he re-wrote the ACA scam legislation, I've been wanting him to step down... off the 14th Street Bridge into the Potomac in the middle of winter, but that's for him being a horrible Supreme Court Justice, not a pedophile.

Roberts may be compromised in some way, and I do think the probability is high, but I have no proof, and certainly no evidence, and neither do you.

I'll leave you with something interesting.  In 2005, newly-appointed Chief Justice John Roberts was at this event with then-President George Bush and then-Archbishop of D.C. Theo McCarrick. 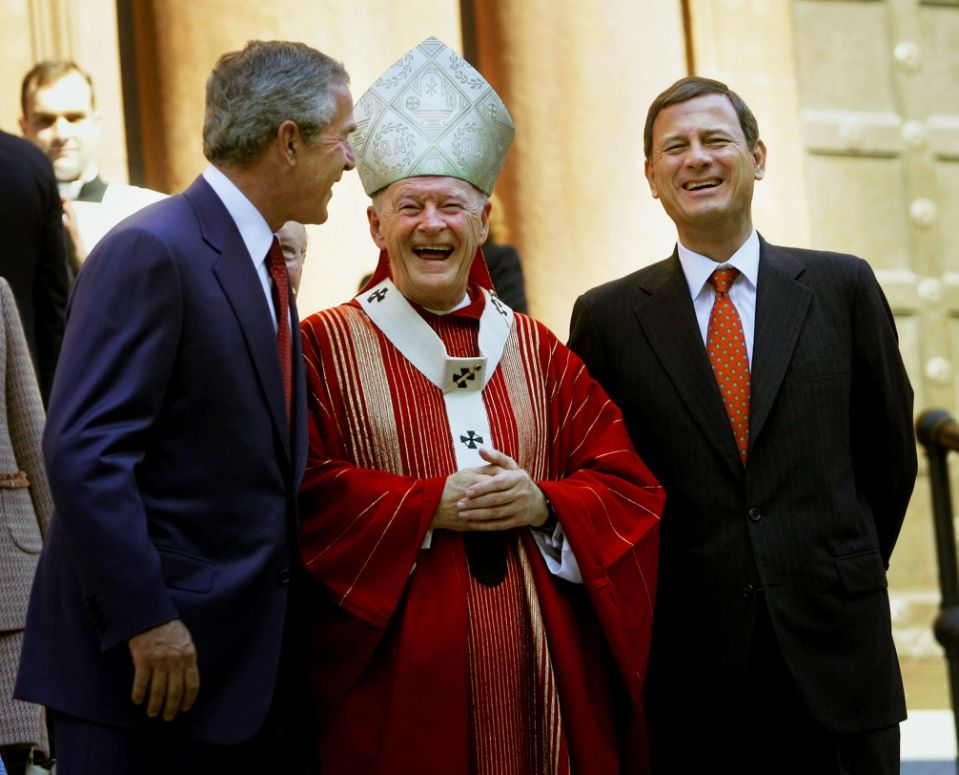 Disgraced ex-Cardinal Theodore McCarrick allegedly ran a sex ring out of his New Jersey beach house — where one victim claims he was molested by him and three other priests, according to a new lawsuit.

The victim — “Doe 14” — says the alleged abuse began when he was 14 during overnight stays at McCarrick’s Sea Girt home in 1982.

“In the night, with the assistance of others, McCarrick would creep into this kid’s bed and engage in criminal sexual assault of him, whispering, ‘It is OK,'” Jeff Anderson, the attorney for the now-53-year-old victim, said at a virtual press conference Wednesday.

Other priests allegedly served as part of a “crew” of procurers of young boys for then-Bishop McCarrick, who “assigned sleeping arrangements, choosing his victims from the boys, seminarians and clerics present at the beach house,” the suit says.

It was so bad that Luciferian Marxist Pope Francis defrocked him.  I bring this up as an example of proof of something, where we can say "John Roberts attended an event with a pedophile Archbishop who ran a pedophile ring".  One could argue he didn't know, but it's another brick of evidence building a wall of a case against Roberts' judgement.