Robert Barnes: Trump-DeSantis is a Done Deal, and is Unbeatable

Robert Barnes was on Infowars (why does he do that?) and broke news saying he knows for a fact that Trump with DeSantis on the next ticket is a done deal, but won't announce until a later time.  This is obviously huge, and I believe it's yet another supporting piece that Trump is coming back sooner than later for several reasons.

I trust Barnes on this because I think he's solid on most things, more insightful and fun on geopolitics and election analysis, and I think his information has good sourcing.

Barnes said the plan is for DeSantis to handle the domestic stuff while Trump tackles the geopolitics and foreign policy in the fight against the globalists.  That's perfect, because DeSantis can hit the ground running on immigration, law and order, and the important domestic issues, and he'll be up to speed in four years on foreign policy.

We have enough work that requires a two-headed MAGA monster in the White House.

Trump would only have one term, with DeSantis coming in strong to carry the torch over the next eight years.  Barnes, who I consider to be the best on reading polls and predicting elections (as he also puts up his own money betting the odds) says in everything he's seen polling-wise, nothing comes close to beating this ticket.

The assumption of the ticket is it's for 2024, but nobody seems certain about that.  If you were coming back early, you'd let the news leak of this with the assumption the enemy anticipates 2024, but come back early to catch them by surprise.

I'm still bullish on the Devolution timeline, and it's not like the communist are stacking up victories. It's hail-Mary meltdown panic 24x7 with them.  I also can't get over the supreme confidence of Trump's inner circle, and how they seem to have that air of confidence that we're taking back the country.

Example?  Here's one: the DOJ worked against Trump after he declassified the Spygate documents.  John Solomon broke the story:

In the final hours of the Trump presidency, the U.S. Justice Department raised privacy concerns to thwart the release of hundreds of pages of documents that Donald Trump had declassified to expose FBI abuses during the Russia collusion probe, and the agency then defied a subsequent order to release the materials after redactions were made, according to interviews and documents.

The assumption from the doomers that think Trump is stupid and is easily manipulated is he was tricked into waiting too long, and stupidly trusted the DOJ to release the documents.  Mark Meadows was the one delivering the documents to the DOJ:

The documents that Trump declassified never saw the light of day, even though they were lawfully declassified by Trump and the DOJ was instructed by the president though Meadows to expeditiously release them after redacting private information as necessary.

Just the News obtained the memo after going to the Trump collection at the National Archives and asking it to look for the binder of documents Trump had declassified. The Archives said it did not possess the documents, the Justice Department did and provided a copy of Meadows' memo.

In an interview Tuesday night on the "Just the News, Not Noise" television show, Meadows said he was dismayed that DOJ ignored a lawful instruction from a sitting president and said it was part of a larger dynamic in which the permanent federal bureaucracy repeatedly tied to undercut Trump to protect itself.

Gosh, foiled again, and now the contents of that declassified material will never see the light of day, right?  Not so fast. Re-read Meadows' quote (link to tweet if Nitter isn't rendering):

Remember, that information was declassified by President Trump, who has the power to declassify anything.  Therefore, when Trump and his circle release this material, it's long been declassified.  What's in the material?  Who knows, but you know there's a reason they kept select stuff, per Meadows' statement, and with a backdrop of a MAGA majority in the next session of Congress, there will be hell to pay.

A Trump-DeSantis ticket isn't years away, and while it's cliche to say, Trump really does hold all the cards.  It's why my confidence continues to be strong, even with doomer headlines, because we have a lot of factual evidence, like Meadows' quote, that paint another picture.

The meltdowns by the commie class over someone who was supposed to be gone and forgotten is euphoric, and teases from President Trump like saying he's cutting 50,000 federal jobs are causing them to swallow their tongues.  They're not freaking out because they have no worries; they're freaking out because it's going to happen, and they know it.

Vice President DeSantis will pick his staff, and likely most of the cabinet of the administration, as they'll be working with him on domestic policy, and well into his presidential years, giving he, and MAGA, an incredible head start.

President Trump flushed out the deep state and has them trapped, on their heels, and DeSantis is going to put them away.  The country is starving for tough justice, and this tsunami will spare no commie.

With Wisconsin elections protected, and Arizona under Governor Lake's soon-to-be reign of terror (if you're a deep-stater), and a MAGA-red Congress and revolutionary red wave at the local levels, Vice President DeSantis will go to work on the enemy and hand the election system back to the people, ending communist rule for many years.

It's true, nothing can stop what's coming, as says Dick Morris on the upcoming landslide: "it will be an enormous, enormous landslide. I think it will dwarf anything in America history." 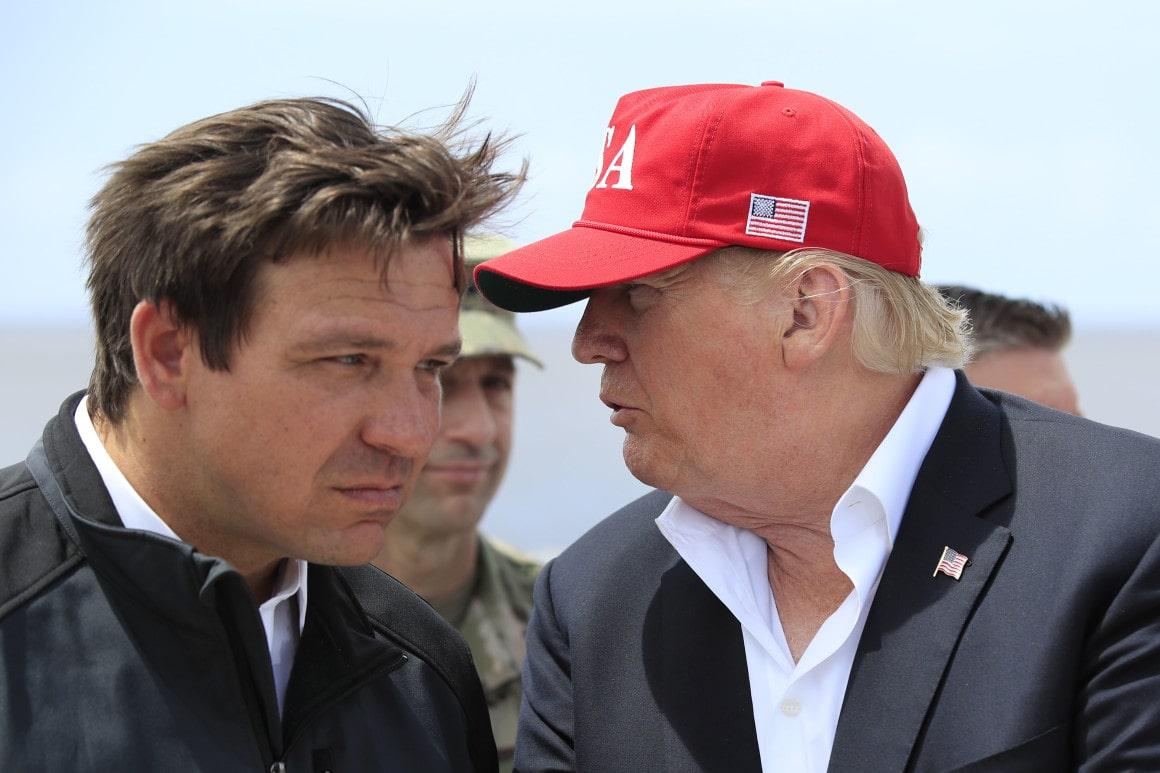