Recap and Thoughts on Episode 73 of "Devolution Power Hour"

Jon (I hate calling strangers by their first name because I don't know them personally, but I don't know his last name) had Patrick Gunnels and Chris Paul on his show to touch on a few topics, including red-pilling the masses, the midterms, and Trump's return.

I wasn't familiar with Chris Paul, but after this episode I'm very impressed with him and am looking forward to reading more of his stuff.  Here's the episode:

They started off with red-pilling the concept of devolution, and how can this complex topic be delivered to those still in the dark.  Paul brings a good dynamic to this conversation because he was a libtard as recent as 2016 (he revealed in this episode he voted for Hillary) and has a very good grasp on how the sheep are manipulated.

I've been working on becoming more open minded to former libtards in my older age because I've literally been a hardcore conservative since I was in elementary school, where my earliest political memory was the teacher asking the class to raise our hands if our parents are voting for Reagan over Mondale.  The entire class raised their hands except for one girl, and I was fascinated by the fact that this girl's parents were voting for someone who was going to raise their taxes.

How someone could be willing to give up more of their money blew my little mind, and in this case, her parents' money because that's how us kids got stuff like Atari 2600 games.  It continues to perplex me as I approach 50.

I don't have the perspective of being a former leftist that eventually converted to a conservative as I entered adulthood, nor one of being a "centrist", where I'd acquire morals and introspection on a path to conservatism.

I've always had one gear, and that's personal freedom and liberty, private property rights, and love of country, and if someone was a libtard, I could never take their perspective seriously, because how could someone have been so stupid in the first place?  Can you take advice from someone constantly tricked from Nigerian email scammers?

Paul's perspective interests me as I learn to appreciate what one must go through to break out of a mental slavery of which I've never been captured.

He hits on the CCP jab, and how people we once thought were smart were wearing masks and accepting lock-downs and standing in line to be injected with a bio-weapon.  That's so true.

He affirms there's actual people out there who really do believe Creepy won the election with 81mm votes, and these people with whom we'd hope to red-pill exist even before delving into the topic of devolution with them.

They pivot to the question of where does this become a matter of faith (that we're under devolution).  Jon's answer is the same as mine, where the faith is relevant to how this plays out, but the facts are ample for the case that we are indeed under devolution.

Gunnels followed up with a point about why faith isn't required if we're under devolution, because the current "administration" and government is so bizarre that the only answer to why it's so is something must be happening behind the scenes, which is also a point of agreement with me.

I like Gunnels because we're simpatico in approach to logical reasoning, where you can't just skip past an obstacle to get to where you want to go.  As a software engineer, this is right up my ally, because as any developer can attest, when you hit a bug on the path of execution, you need to fix it first before you move forward.  Nothing after that broken code matters because it's never going to have an opportunity to even execute if you don't fix the problem before it.

Gunnels has the mindset I have, where if your approach to understanding something is broken, you can't trust anything garnered from it.

Jon picks back up on how those unable to get onboard with devolution think it's just not possible, even though there's mountains of supporting evidence versus the lies they gobble up from the communist media.

Paul makes a great point: the sheep are made to believe they need to trust those deemed to be an "authoritative source", and how there's no need for critical thinking beyond that and it is, as Paul says, a secular religion.  Gunnels and Paul go back and forth on how the concept of an "authoritative source" is like "peer reviewed", and how it's a feedback loop of idiocy.  Gunnels hits on the overarching point, which is how do you break someone out of that loop?

Jon says the real authoritative sources for devolution are the actual official sources like the federal register, not some idiot academic (my words).

Paul brings up the bane of any hope for a person to exercise critical thinking, which is they will only accept "truth" from someone they've been told is an "authoritative source."  To me, this is the ground zero of libtards, and always has been since I've been studying them for decades, just as Jane Goodall studied chimps.

Over the years, I've narrowed it down to this truth: libtards don't have the self confidence in their own intelligence or ability to reason.  It's that simple.  When making a decision, they outsource thinking and reasoning onto, as Paul and Gunnels identify, an "authoritative source."  It's fascinating when you isolate it.

Paul articulates a brilliant point, that this happens because the status and success of the libtard is elevated by obeying and worshiping the "authoritative sources."

Paul says he's spent the last two years studying how people who are smart are still going along with the communist idiocy.  Paul then gives cutting insight into the mindset of the libtard (using their belief in the stolen election as an example):

"They believe people better than them and more informed than them must have checked."

He nails that, and that converges with my studies of libtardology.  They will not believe any facts or data unless they hear it from someone they believe to be an "authoritative source."

My approach to helping people frustrated with their libtarded family members is to use the cult analogy.  Have you seen a show or movie when someone is rescued from a cult and needs to be deprogrammed?  As they're being carried out of the compound, they're kicking and screaming, and for the next few days chanting their messiah's name (usually the pedo cult leader molesting all the young girls).

Libtards are victims of a cult and just as brainwashed, so you can't expect to make inroads with facts, logic, and common sense.  It just doesn't work.

Jon asks the question about how libtards never question themselves, or how they continue down a path of always being wrong.  Paul answers that while us normal people struggle with the real stuff happening in the world, their struggle is how to continue reconciling the false reality they've gobbled up with the real world, and they will always continue to choose the false reality because they're incentivized to do so (status, success, etc).

I'm impressed with Paul and his ability to articulate the intellectual struggle of libtards from a perspective of formerly being one to someone like myself who's never been one.

Jon redirects the conversation to Trump's return, and why it has to happen before the midterms.  Paul is focused on the great awakening in terms of the rigged elections, and he thinks it will be harder to sell to the public if there's a red wave, as we're expecting.

That's a good point; how can you say the elections are rigged if the Republicans drenched every nook and cranny of the country with a nuclear red tsunami?

Paul's right in thinking a lot of RINOs will be swept in with the tsunami, but he thinks there needs to be a majority MAGA.  I disagree with that, because a smaller group of Tea Party-MAGA minded congressmen have a multiplier effect.  We could have 25% of the Republicans be MAGA, and that will convert to 80%.  (I need to touch on that in a later article).

They talk about the narrative that Putin is bad, and that "everyone knows" he's bad is pushed by the same propagandists who lie about everything.  Putin is exposing bio-weapons labs, fighting NAZIs, and taking down the globalists.  How is that bad?

Paul has a great point on figuring out who are the good guys and bad guys by "determining how engaged with the false reality they are", e.g. abject materialism, like over-indulge in taking selfies and pop music (which are basically woke lullabies to satan nowadays) during this period we're currently in.

There's some more brilliant nuggets I haven't covered and the video is dense with these observations.  I'm a new fan of Chris Paul, and am liking Gunnels more as I listen to him.

Thank you Jon for putting these together. 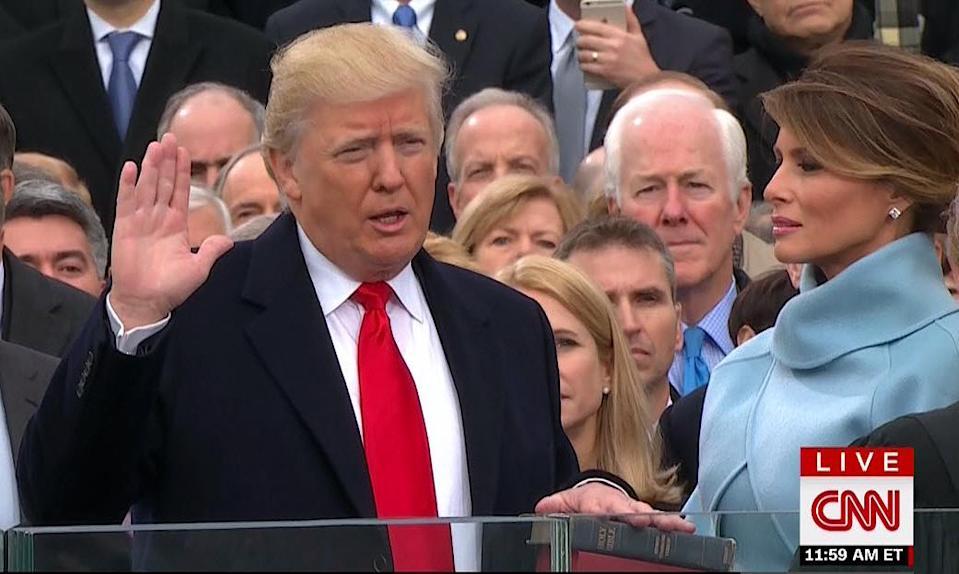