Many of us Trump supporters talk about how the President plays 4D chess and wages psychological warfare on the enemy, and here I highlight such an example: the President is using the Democrats to further drive China back to the third world, and vice-versa by driving the Democrats’ 2020 congressional chances further into the ground.

This may seem obvious on the surface, but the technique is simple with devastating results.

China’s lifeblood is US Dollars, which they need to import goods because no sane country would ever transact with their worthless currency.  Where imports for the United States are important and an inconvenience when we have supply chain issues, for China imports are critical for survival.  The United States can sustain itself; China can't and depends totally on the flow of US Dollars by being the manufacturing floor for the world.

Therefore, China can’t have the United States consumer united against them as we are now.  The President has levied tariffs, cutoff China’s tentacles into the United States (known as “NAFTA”), and forced them to come crawling to the table for the phase one deal that was completely one-sided in our favor.  All the while, the President has lead the charge for the exodus of American companies out of China, applied pressure in the South China Sea, armed Taiwan, supported Hong Kong, exposed Huawei and embarrassed China like nobody has ever dared.

China is beyond desperate to get President Trump out of the White House.  After their failed attempt to take down our economy with their virus attack, they know a second term for Trump is curtains and are staring into the abyss with pissed off Americans (and world, for that matter).  They're clinging to hope of some success in congressional races to check President Trump.

That's China's situation.  They need Democrats to have some success in congressional races in November.  How is he using the Democrats?

COVID-19 is more popular than the Democrat Party.  The recent CA-25 victory is a case-in-point that the voters are done with them.  How does the President weaponize their unpopularity?  He brings the Democrats and China together with his own infectious disease, TDS-2020.  Don't worry, it only affects dumb people.

If the President said he supports air, leftists would hold their breath until they pass out.  Therefore, when the President launches tweets and soundbites at China, the Democrats jump to their defense like deer darting across a highway.  They can't help it.

Americans are very upset with China because of what they put us through over the past few months and what they did to our economy.  When Democrats defend them, it makes Americans hate them more.  Conversely, Democrats are already getting trounced because of their support for the past few coup attempts.  Blue state voters are learning that they actually like the Constitution after all, so anyone the Democrats support are hated by association, hurting China.

It’s brilliant in its simplicity, like throwing a drowning man an anchor.  China loses more control of the United States government, and the Democrats become more unpopular, each feeding the other's demise.  Anytime President Trump needs a few approval points, he can just throw a few tweets at China, let the Democrats respond, and sit back and laugh.

What are the solutions?  The Democrats stop resisting America and support Trump?  China behaves like a normal country?  One may think China could give Democrats the wink-wink that it's OK to trash them for the purpose of being competitive in races, but if you think that, you don't understand China.  There's simply no way out for the Democrats, nor China.

One final point, thanks to President Trump, this strategy is so simple that even GOP campaigns can execute. 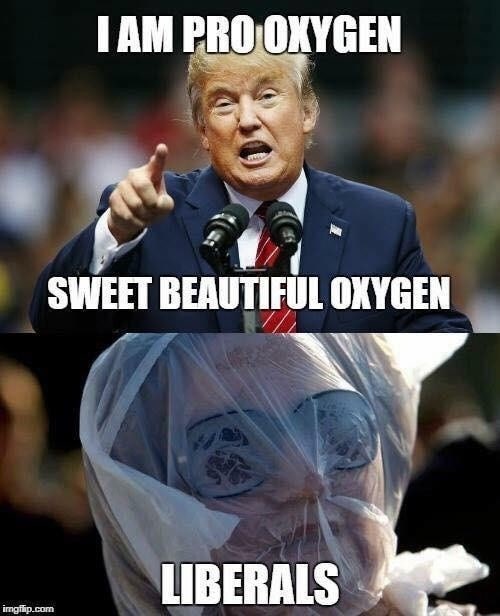