There are a few schools of thought about China in terms of their strength.  Some are in the camp of Michael Pillsbury who think China is very powerful and can dump the pain onto their people indefinitely to withstand the United States until Trump is out of office.  The other camp, of which I belong, is that China is a paper tiger and is incredibly desperate for Trump to let them gasp for air as they bleed US Dollars.

Those of us in the paper-tiger camp don’t really know the death date, but it can’t be too far in the future, and we have plenty of buzzards circling overhead signaling the demise of the CCP.  The fact they’re signing this phase-one deal tells me the only reason they’re still holding onto the ropes is because rigor mortis has set.

I’ve been saying there’s no way Trump would ever sign a deal with China, and no way China would ever sign any deal with such tough enforcement mechanisms.  The fact I’m wrong in itself tells us about China’s desperation.  Trump is keeping the tariffs in place, and the only daylight the Chinese have in this deal is Trump will hold off new tariffs contingent on their behavior.

Technically I’m still correct, because this isn’t a full deal, and I’ll concede when I see China willingly, per an enforceable agreement, force Chinese companies in the United States to follow the same SEC rules as American companies.  What’s even more amazing to me is China came crawling to sign this deal, and Trump hasn’t even really used any major tools beyond tariffs.  He knocked China out with just a few jabs.

It’s really smart how the Trump trade team phased a deal with China.  It would have been a big waste of time for us if we did a full deal that covered everything in one shot, only to have us start penalizing them immediately.  The past few years have been about Trump teaching China and proving to them that not only will he penalize them, but our economy will be just fine while doing so with his support stronger than ever.  Phase-one is a trial for China to show the United States they can behave like good little communists.

Does China think there’s any doubt Trump will bring down the hammer if they step out of line?  Every world leader is way past the “let’s call Trump’s bluff and see if he’s serious” phase.  This, in my opinion, is what the first phase is all about – making sure China can prove they’ll behave with the knowledge they’re in big trouble otherwise.

Within this deal, the way it’s structured as I’ve seen it reported, Trump has sole digression to implement punishment with no roadblocks or obstacles.  If we did the entire deal earlier, China and Trump would not have the advantage of hindsight knowing Trump isn’t bluffing about his willingness to enforce.  It’s better to punch the bully when you first meet him, then when he stand up, punch him again.  After a few broken noses, the bully knows that you’re perfectly willing to punch him.

At a high level, to my way of thinking, this is a softer landing for China and a message to remaining American businesses that they can leave safely.  If any American businesses complain, or China tries to bully them, there will be repercussions.  This first phase, and the direction overall with our relationship with China, shows the world that not only are we continuing to reduce dependence on China, we’re continuing to engage in trade with other countries in the Pacific, and with USMCA, and eventually Britain.

China needs to figure out how to hold onto US Dollars while figuring out their import situation.  They can’t even independently feed their people and the only way they can trade is with their dwindling supply of USD.

This deal also opens up access to China for agriculture and other sectors, but it’s really much smaller than our USMCA deal.  More access to China is just a cherry on top of our delicious economic ice cream sundae.

As you hear today from the fake news posers who will undoubtedly tell you (I haven’t watched the news today) that China took advantage of Trump, just wonder why President Xi wasn’t at the signing, and why they sent Liu He, who’s part of the reform wing in China who wants to play nice with the rest of the world.

China has to buy more from the US, and give us access, and somewhat behave like a first-world nation.  In turn, Trump releases his tariff choke-hold and lets them breathe a little while longer while they figure out what in the hell are they going to do in this new world. 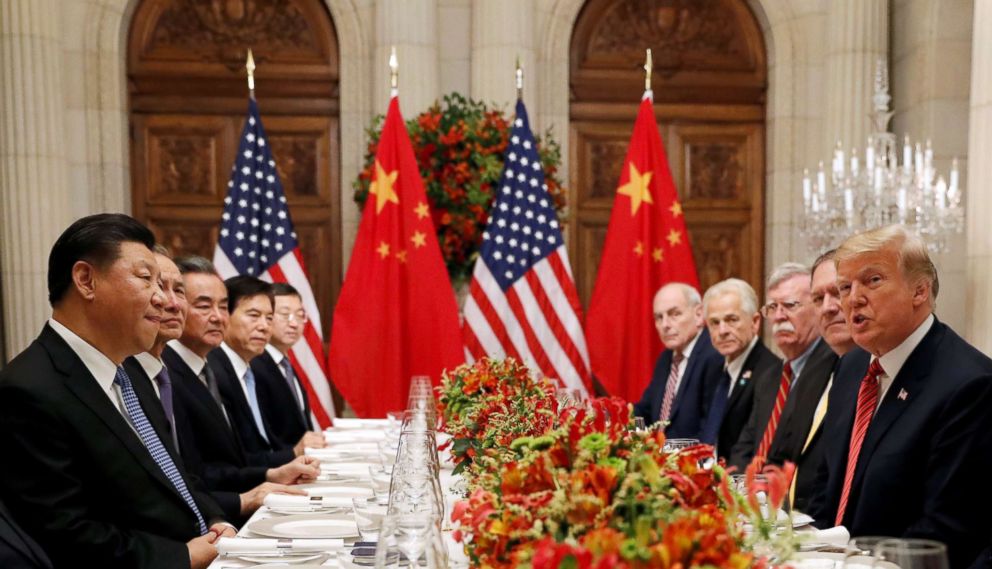