Here's a rundown of a few news items from the last few days.  Today was day two of the "impeachment", and I suspect we're getting close to something big happening in regards to the election, perhaps even after the trial.  I still don't think Biden is the actual president and he's in an acting role for an unknown reason.

It's bad when the CCP-controlled NBA tells you that you're being too anti-American.  Mark Chinese declared he won't play the national anthem during home games for his Texas-based NBA team.  I doubt the cardboard cut-out seat-fillers they're using as fans care either way.

On the topic of Mark Chinese, he'll probably run for President.  His politics are very unpopular with Americans, so he could easily win under our foreign-controlled election system.  It would be tragic, because the last thing we need is a president who grabs women by the p*y.  We already had one of those.

Did you know the Super Bowl was last weekend?  No, seriously.  I didn't either.  According to the ratings, we're not alone.

While CBS didn’t announce the number of viewers who watched the game on CBS, Sports Business Journal reported the total number was 91.629 million.

Concerns in the sports media industry grew when the ratings for the game were not released on Monday, which is highly unusual.

One would think with more people forced to stay home that the ratings would be higher.  Get woke, go broke.  The NBA and NFL disgust me, and these days I only watch MMA and golf.

Who cares?  Republicans fought against Trump tooth-and-nail, and have protected the CCP-controlled voting systems at every turn.  I have voted in every presidential election and mid-term election since I was old enough to vote.  Now, I can't imagine a scenario where I'd vote under the current CCP-controlled election system.

As I've said a million times, you have to be a special type of moron to believe in this global warming scam.  There's no shortage of this comedic failure, but here's the latest, out of Germany:

Germany now finds itself in the dead of winter. Much of the country has seen considerable snowfall, meaning solar panels are often covered by snow and thus rendered useless. Even without snow cover, the weeks-long overcast sky prevents any noteworthy solar power generation.

Moreover, this winter there have been many long windless periods, and so Germany’s approx. 30,000 wind turbines have been largely out of operation. In a world 100% reliant on green energies, this would mean near 100% darkness at home.

Luckily Germany’s still existing coal and nuclear power infrastructure is (still) there to step in and keep the power on and the country running.

The only purpose of libtards is to provide us normal people with comedy.

Just a quick fact for the upcoming Valentine's Day.  Where I'm at, my nephew and his friends were building a snow fort today.

“All federal acts, laws, order, rules, and regulations passed by the Federal Government and specifically any Presidential Administration whether past, present, or future, which infringe on the people’s right to keep and bear arms as guaranteed by the Second Amendment … shall be invalid in the county, shall not be recognized by this county, and specifically rejected by this county, and shall be considered null and void and of no effect in this county,” the bill declares.

Thank God for Sheriffs.  They're the thin line between all-out CCP control of our local communities.  This is because they're elected officials, and the CCP hasn't gained control of them, so they actually take their duties seriously.

Jim Hoft tends to over-embellish his click-bait, so I wouldn't call this a "huge development" in the vast ocean of election criminality, but it's notable none-the-less.  This is an easy piece of digestible evidence that can be used for educating idiots.

Many who know the details of the election theft sometimes have a hard time communicating the facts to their peers.  The way to do it is to feed small chunks, like the information in this story, to the subject idiot so it can marinate in their little brain.

I'm not saying all anti-Trump are pedophiles, but I am saying all pedophiles are anti-Trump.  These people are literally demonic, and are sick beyond belief.  How sick?

Reuben Verastigui said in a group chat that he liked images of babies being sexually abused. “Babies are some of my biggest turn ons” he said.

“I have been wanting to see videos of guys hardcore raping a baby,” he added.

“when a baby screams it’s my favorite.”

These are the people telling you PizzaGate is a hoax. 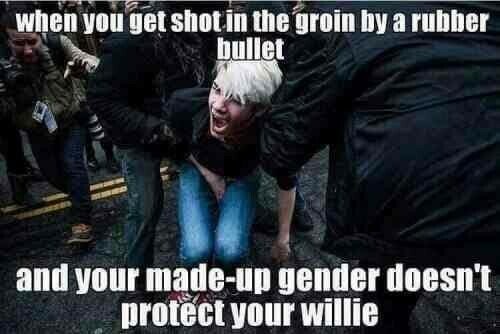