President Trump's second acquittal that proved the Capitol Building event was staged, and that the election was indeed stolen (Pelosi put it in the impeachment) was the major news story of the week.  The seven anti-American RINOs ignored the lack of evidence against Trump, and ignored the evidence in support of Trump, and decided to crap on the people's President.

A few other items:

Sewer turd Nikki Haley couldn't pretend to be pro-American any longer and stabbed the people's President in the back.  We expected this, as did many, but it's always notable when they stop the facade.

The anti-Trump losers and idiots like Lincon Project fans are ecstatic for Haley to begin her slither towards 2024.  I disagree with the author of the article Matt Vespa; unfortunately with the current CCP-controlled national security threat of an election system, I'd consider her the favorite.  However, if we can reclaim our election system to where the people's vote is counted, she'd suffer a primary defeat so bad that India would deny her ancestry.

I'm a huge Lin Wood fan, and I think he's the real deal.  I laugh at the morons who say "but he says crazy things and hurts the GOP", which really blows my mind.  Crazy things?  Like Jeffery Epstein?  John of God?  Peter Nygard?  NXVIM?  Prince Andrew?  How about George Nader or Ruben Verastigui, who were into baby rape?  I can do this all day.  Spare me the "bUt hE saYs ConSpIraCY TheorIes" idiocy.

Regarding him hurting the GOP, that's too stupid for me to even address.  The CCP-controlled GOP has done just fine hurting itself and crapping on Americans.  If Lin Wood is the one you point your finger at for GOP troubles, you're a special kind of stupid.

Anyway, about the story, it seems like Wood just needed a hook to get into court to reveal some of his evidence he says he as on Pence and Roberts, and with that hook baited, it looks like Joy Reid is the idiot who bit.  I'm sure looking forward to this. I bet the chances Reid settles to prevent this evidence coming forward is 99.9999999999999999%.

State laws like this are important, and it's a hardening against a rogue federal government of any administration.  Here's a list of the states currently under Constitutional Carry.

Now, if they could only do something about their Romney problem.

If an election is held, Newsom will be on the ballot against any candidates who want to challenge him.

According to Politico, one of those could be Richard Grenell, who served in the Trump administration as an ambassador to Germany and acting director of national intelligence.

This hasn't been confirmed by Grenell, and being a Politico story, I'm very skeptical, but if there's truth to it, and Grenell did run and win, that would be huge for California.  Grenell was the Acting Director of National Intelligence before Ratcliffe and gave the middle finger to the deep-state by releasing information that was never supposed to see the light of day.

Grenell is tough and does not suffer fools, and would not be intimidated by the deep-state powers-that-be in California.  California, and the country by proxy, frankly, needs someone like Grenell.  (UPDATE BEFORE IT PUBLISH: Grenell says the Politico story isn't true, which make sense because Politico is fake news).

I love this story.  It's also smart business, because all they can do is gain customers because nobody really voted for Creepy, therefore, they don't cut into their customer base.  As a businessperson, this is great marketing and does bring awareness to Second Amendment issues.  This triggers gender-confused beta-males who hate their dads, none of whom would be a customer.

Did I mention how much a hate RINOs?  A few tidbits in this article highlight how clueless these RINO idiots are, and how they have no care about the electorate because they control the election system.

“I'm going to try and convince him that we can't get there without you, but you can't keep the Trump movement going without the GOP united,” Graham said. “If we come back in 2022, then, it's an affirmation of your policies.

Wrong, Miss Lindsey.  The GOP is a pile of crap, and it will only stay alive as long as they maintain control of the corrupted election system (why do you think they worked so hard to protect it?).  Trump pulled in huge percentages of registered Democrats along with Republicans at his rallies, and needs the GOP about as much as I need a kick in the nuts.

Here's the rest of that idiotic quote:

But if we lose again in 2022, the narrative is going to continue that not only you lost the White House, but the Republican Party is in a bad spot.”

At this point, if someone doesn't acknowledge that Trump won in a massive landslide, I have no use for them -- in my personal life or in politics.  I have a low tolerance for stupid people, and this topic is a great opportunity to filter out the intellectually void.

Should it happen, it could last an hour and could occur multiple times. Over the next few days, freezing temperatures across Texas are expected to create record-breaking electricity demand so energy companies are expecting folks to use .

I love these stories that highlight the stupidity of the global warming scam.  Solar panels work when the Sun is out.  I know, sounds crazy, but it's true.  Bird killing wind turbines are another genius idea.  Only a college academic can make a decision to push for these energy systems the go-to for critical power.

Marxist "green" energy kills people because it fails when it's needed the most.

This is just a feelgood story.  It's sad the kid was put in that position, but he responded like a patriotic American by defending his grandmother and home.

This is an example of what separates us normal Americans from leftists.  When leftists read this story, their little hearts break for the home intruder.  If the intruder was pigmentally challenged, then in the libtard's eyes the shooting was most certainly racist.  The name of an intruder was Khalil Herring, so I'll go on a limb and say Dindu Nuffins was indeed a gentleman of color.

In a sane, safe world, if you break into a person's home, you should expect to die of lead poisoning, period.

Being a long time MMA fan, I'm a fan of Carano's.  I wrote off any Disney content, but I was going to make an exception to watch "The Mandalorian" for my next binge show only because of Carano's role.  Obviously, I have no desire to see it now.

Sadly, she's doing a project with anti-Trump Ben Shapiro, whom I can't stand.  I'm happy for her, and because she's involved, I'll probably watch it to support her.  I was going to post some clips of Carano's fight scenes from some movies, but I really don't want to continue with YouTube, and should move forward with life as if they don't exist.  I didn't see clips I wanted on the alt video sites, so oh well. 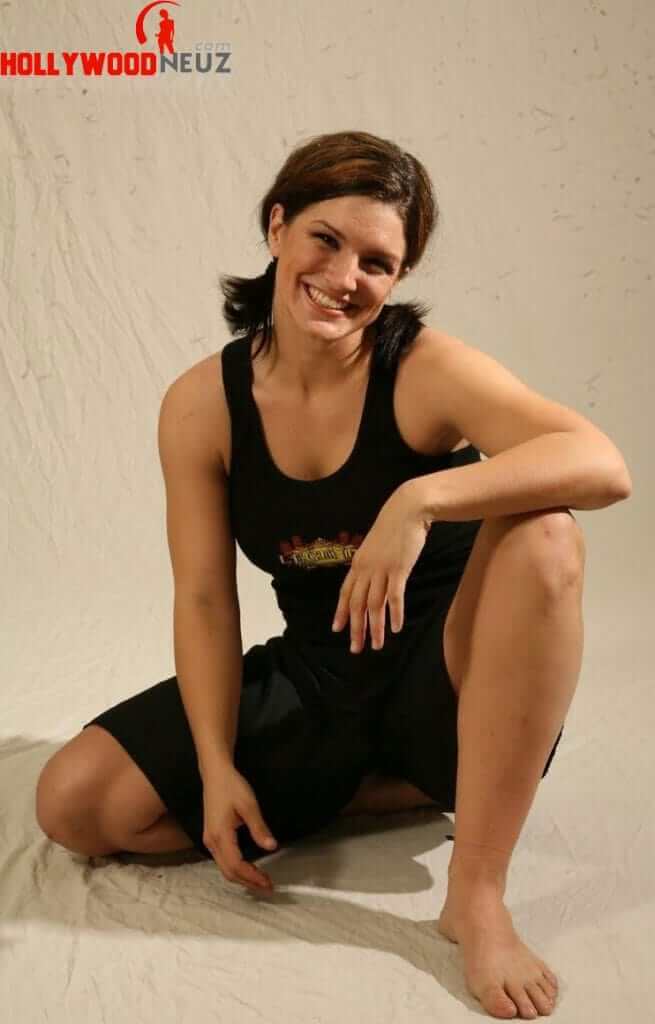