The news of fifty state attorneys looking to crawl up the ass of Google's advertising platforms, and the President's executive order to start looking at stripping Section 230 protection, has renewed the calls to "break them up", prompting me to highlight why this isn't possible or makes any sense.  I do, however, bring the solution.

Most people are still in a brick-and-mortar mindset where they don’t understand the nature of software applications.  If you pull a lever on a machine, you can understand that mechanically it’s linked to something that makes another component move.  With software, specifically Google, it’s more complicated as products and services aren't bound by traditional infrastructure.

Conceptually, think of using a rotary phone in the old days with a telephone cord, bound at home with a phone number for that location.  Compare that to now with mobile phones, with one phone number to the phone, but you can be anywhere.  Your phone usage is no longer bound by a fixed location or infrastructure.  What if you were regulated by some antiquated law on how you could make phone calls from inside your house?  You'd simply step outside.  Same with the "break them up" approach; it wouldn't work.

Why does this matter in regards to how Google operates?  Because all of Google’s services and components are interconnected by something that actually learns, teaches itself, and makes decisions: artificial intelligence that’s so advanced, it’s basically science fiction, provide by United States intelligence agencies.

You can’t “break up” a company like Google.  Are you going to move servers to different locations?  They’re already spread out around the world.  Make them split up their offices?  Make them get different logos?  Make them file more paperwork?  YouTube is a separate company from Google.  How’s that working out?

Unless the DOJ open-sources Google’s artificial intelligence, they’ll never be stopped.  Using the phone analogy, the AI is to Google as the phone lines were to AT&T.

AI can be applied to data in any conceivable way.  You’ve probably encountered generic applications, like conversing with a bot in a chat box that figures out where to route your inquiry, or for something slightly more complex, like separating a person from a background in an image.

Impressive, but here’s the stuff Google can do:

See what I mean?  Who at Google created this AI technology?  Nobody.  I don’t think Sergey Brin could code his way out of a paper bag.  He probably indents with spaces instead of tabs like a soyboy.  If I asked most Silicon Valley "tech geniuses" basic questions, like “what’s regex?”, or “what’s a makefile for?”, or even some basic interview question like asking them to write a linked list in C, they’d freeze up on the spot.  A CompSci degree doesn’t make you a coder.

The most notorious of these frauds is Mark Zuckerberg.  One Facebook founder has gone as far as to say he’s never even written a line of code for the company.  Amazing.  Of the big social media companies, the only one that seems to have been a coder is Jack Dorsey, who has a few actual projects under his belt prior to Twitter.

Why am I making fun of these clowns?  Because the thought of these guys building something complex made me almost spit up my coffee over my laptop.  Their core technology was created by the smartest engineers in the world who work for our intelligence agencies.

Building a search engine is child’s play.  Building a social network like Facebook is so trivial that I could put a monkey in front of a keyboard and he’d eventually get something to alpha.  However, the AI technology that makes companies like Google and Facebook special is something completely different.

The President’s move to target social media’s Section 230 protection is strong, but ultimately it’s not a knockout punch.  What makes Google competitively untouchable is their AI and other tech provided by our intelligence agencies.

Google didn’t create their core technology; American taxpayers did.  Therefore, they don’t have a claim to it.  The American people own that technology and it should be open-sourced to allow others to compete.  We paid for it.

It’s almost impossible for a company to become a monopoly without government intervention.  If you’re in a particular industry where you’re competing for market share, and DARPA hands you secret technology that’s a hundred years beyond your competition, you’ll quickly pull away from the pack.

Some people think bringing down Google is about costing them a bunch of money; it isn’t.  Money to Google is like grass in your yard.  You can cut it forever but it will keep growing back, and there’s a bunch of it.  Google is about tracking people and controlling the world, which is why they need to be knocked down.  They can only do that with their AI and core tech.

Open-sourcing the tech provided by our intelligence agencies won’t kill Google.  They’ll be able to function and continue doing business, but they’d be forced to do the thing that would terrify them the most: compete with other search engines, video platforms, and other services they’ve been allowed to dominate for years.  Of any decent talent Google does have, how many closet conservatives would love to escape that freak show and work for a competitor, and still be able to work with hot technology?

Allowing public access of the core technology would create a new innovation boom, even beyond what the iPhone did for communications.  What type of applications could be created if they had the advantage of technology that can think and learn?  For now, only Google controls that technology for services they dominate.

There are some issues we’d need to hammer out.  For example, this should be limited to American innovators.  How do we give open access to Americans only?  What role would the government play as custodians of the tech?  How intertwined is the tech with our intelligence agencies?  Perhaps there’s security protocols.

Details aside, you get the big picture.  Whatever the ultimate solution, Google won’t have any more access than anyone else.

Don’t “break them up”; crack them open instead! 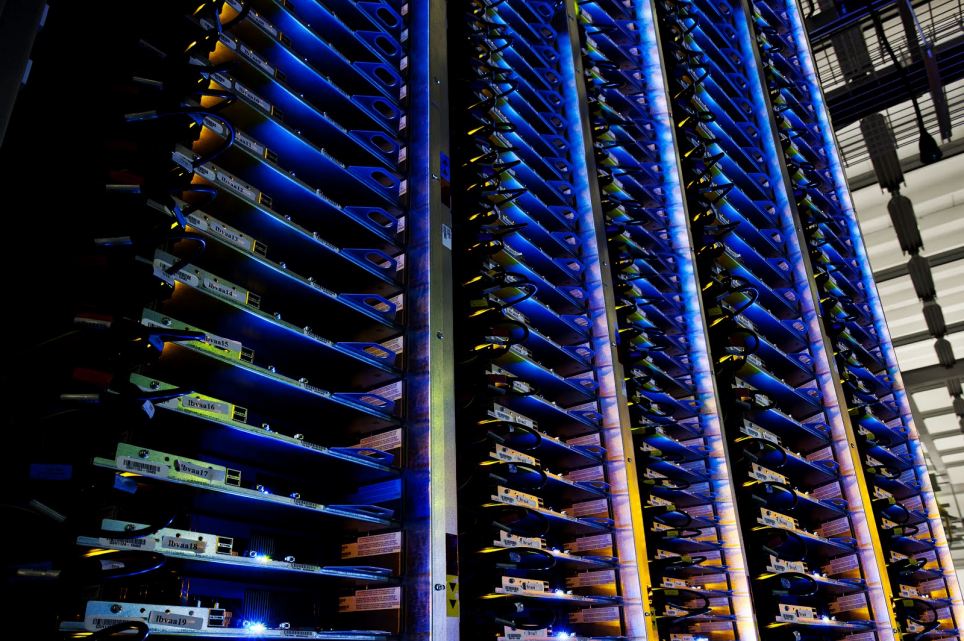