By nature I’m not a technology doomsdayer.  I don’t have fears of artificial intelligence taking over society, eliminating jobs to where we’re all under control of a robot police-state while the elite float overhead tossing down scraps for us to fight over.  On the contrary, I think the further technology advances, society becomes cleaner and more efficient, and in turn creates a jobs boom and better quality of life.

Technology is a good thing, assuming China isn’t in control.  The CCP, like any communist power, doesn’t play nice with liberty.  You don’t want an authority who is currently running concentration camps with live organ harvesting to have any technological high-ground.  With Trump saving our national security and implementing new defenses, like the Space Force and prioritizing cyber-security, I’m not worried about this prospect.  China can’t compete without stealing, and that’s coming to an end.

Here's a good primer by China expert General Robert Spalding to break you in on what we're talking about:

There are a few components to this more advanced technological society we’re moving towards that can seem scary if you don’t understand the benefits.  Nuclear power is a great thing that can let us have our cake and eat it too energy-wise, but it can also be bad thing if Iran has it.  When I think of nuclear, I think of the amazing potential it brings to better our lives.  That’s how I view this new emerging technology based on a few rapidly advancing technologies.

These technologies are quantum computing, artificial intelligence, robotics, and 5G.

The importance of 5G is not about speed in terms of our browser’s page load times or how fast we download video (which would be significantly faster).  I’m perfectly happy with the speed of my internet, even though we’re supposed to be shut out by now by the mean ol’ corporations because of Donald Trump and the death of Net Neutrality.  In fact, internet speed has become faster and will continue to improve because of this magical force called “competition”.

You have a number of devices in your home that you don’t think about.  How many devices do you have connected to your WiFi?  If you have four people in your house, you likely have a few laptops, an iPad or two, everyone has a phone, your TVs connect, and you may have Alexa spying on you as she waits for a command.  You may have 15-20 connections with your small family in your house alone.  Now think about your neighborhood, city, and beyond.  That’s a lot of connections by a lot of devices.

I found a good video that uses some animation to help explain 5G:

With a better understanding of 5G and its benefits, here’s where it starts to get interesting when partnered with other technologies.

Every connected device makes a request over the internet.  That device receives an acknowledgment and response from the other side handling the request.

If you’re in a room with two people, you can handle their requests simultaneously.  One person can ask you for the time while the other asks you to pour them a cup of coffee.  You have the brain capacity to ask the person who wants coffee if they want cream or sugar and await their response, and while you're pouring the coffee, you give the other person the time.

Instead of handling those requests with two people inside your living room, handle the requests of tens of thousands of people in a packed football stadium simultaneously.  That’s the leap from 4G to 5G.

Your brain handled the two requests in your living room, but in the computer world there’s a server sitting somewhere dedicated to handling and processing these requests it receives over the internet.  In the leap from 4G to 5G, the server power needs to jump a few notches.  That’s where quantum computing comes into play.

I’ve been in the technology world for over 25 years and have worked on some really fun projects spanning from the electrical/hardware level up to application development, but even I don’t quite grasp the depths of quantum computing.  It’s alien technology as far as I’m concerned, but here’s a person far smarter than I doing a good job communicating the concept:

With 5G and this new quantum processing technology, we have super fast servers to handle the exponential increase in device connections.  The quantum computing handles the processes, but what’s handling the higher level logic and making decisions?

If 5G is the nervous system, and quantum computing is the brain power, then AI is the smarts inside the brain that makes decisions and learns.

If you ask Alexa for the time, the artificial intelligence at Amazon processes your voice, figures out your intent and what you’re asking, and returns the time.  Alexa’s voice may sound like she’s only paying attention to you because you’re special, but “she” is an AI bot that’s handling millions of requests from Amazon Alexa users all over the world in every language.

A human didn’t have to listen to your request and return the time; a computer process did that.  Back to the football stadium analogy, Alexa can listen to all those requests and handle them simultaneously.  A request doesn’t even need to be a voice request; AI can analyze images and video (even read your lips like General Spalding mentioned in the video above), and make decisions like what to order to restock your fridge.  Amazingly, AI learns and teaches itself.

To recap the tech we’ve covered, we can handle a lot of device connections with a very fast computer that powers an intelligence process.  Beyond creating and manufacturing the device components, none of this requires human intervention.  Robotics is where these technologies physically interact with humans.

Robotics, and is where the rubber begins to meet the road.  If you’re a millenial or younger, the AI and smart devices are no big deal.  If you’re a Gen-X’er like me, or a Boomer, then this is science fiction we used to watch on TV that’s now a normal part of our lives.

None of us, however, have lived with robots (no, your Roomba doesn’t count).  When I say robots, this is what I’m talking about:

Produce a few million of these things, connect them to the 5G network, add some artificial intelligence to where you can verbally command them to perform tasks, and you can see how we’re in a new world.  Advancement in these technologies can be an amazing benefit to society, but you can also appreciate how things can go sideways if China can control everything.

If I owned a restaurant, I’d be interesting in buying one of these robots.  It could keep the bathrooms spic-and-span all the time, keep the parking lot clean, and keep the tables wiped down.  I’d put his robot ass to work.

A clueless person like Tucker Carlson would say I’d have to fire the busboy, or take the work away that justifies a human.  This is a fear tactic usually pushed by tech pundits who’ve never written a line of code or run a business and have no idea how things work.  However, if you run a small business, you know that you never run out of work.

Someone needs to maintain the robot, check its work, and keep it clean and running.  If it breaks, someone has to handle the work until its fixed.  Another factor non-business owning pundits never consider or appreciate is how it would also reduces workers’ compensation costs because it can handle heavy lifting and other such tasks that cause injuries.

The service industry is about people, and the personal touch will always have an advantage over automation.  The less time spent doing tasks that don’t require thinking while improving the business and quality of service, the better.  A robot would not replace workers but instead assist and supplement their workload.

You’d have a robot at home do the dishes, clean the house, and handle home security.  It can handle the yard work and shovel the snow.  How nice is it when you tell Alexa to pause a movie instead of dealing with the remote, or telling her to turn off the lights?  Now imagine Alexa except with arms and legs and will do whatever you say.

How about home care?  I've witnessed care for a family member with dementia first-hand, and a robot who could assist with tasks like cleaning and grooming would be incredible for those caring for the elderly.

Let’s circle back to 5G.  You can appreciate these amazing products and services that would be connected by the 5G network, but as General Spalding asked in the video above, what if China had control of our network?  Imagine if China decided to cut off your services because they didn’t like you talking about Tienanmen Square, or committed a horrific crime like saying something negative about the CCP.  This is not science fiction; it’s happening right now in China.  Even scarier, if they controlled our 5G, they’d control our robots.

We should completely cut them off from our network and country altogether.  You can see why Huawei is a big deal, and why the United States is pressuring allies to reject this network.  It’s critical for American businesses to leave China, and why any trade deals must have rigid enforcement mechanisms.  The CCP is evil and must not be allowed access to our networks or have any influence in our lives.

U.S. technology in the hands of the CCP would be a nightmare scenario.  They will invent new and creative ways to oppress and control people, and this technology would make its way into the United States, thanks to our compromised politicians.

In conclusion, we shouldn’t shy away from advancing technology because China might gain control.  Never let a weaker enemy dictate your way of life.  My concern about China will not prevent me from acquiring a robot when that time comes.  We will build it, we will control it, and we will keep the enemy outside the gates of our country. 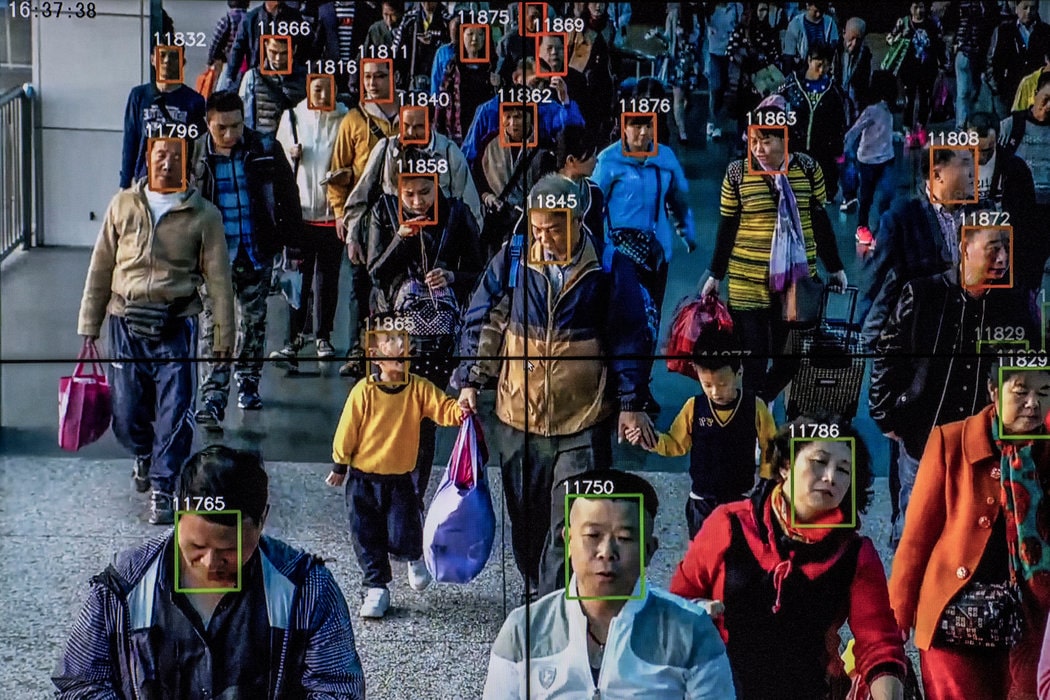