Interesting Convergence of Epstein, Hunter, and the Mar-a-Lago Raid

I'm not quite sure what to make of this, but two juicy details have emerged in regards to the 2020 Hunter cover-up and approval Clinton-financed fake dossier on Trump, and the judge who signed off on the Mar-a-Lago raid.

A few days ago, Paul Sperry tweeted this: 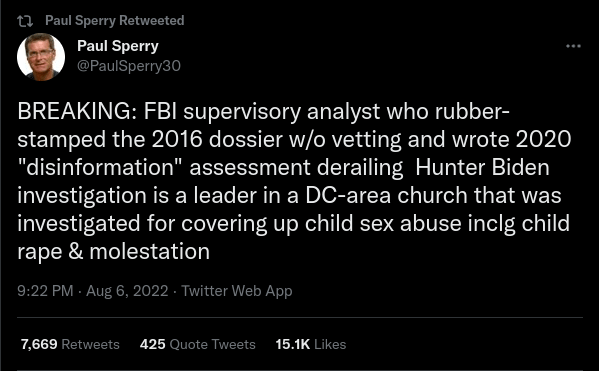 For those of us with absolute certainty that most of D.C. and state officials around the country are compromised by child sex crimes, of which the orchestration was the specialty of Jeffery Epstein, Sperry's tweet is quite noteworthy.

There's so much over-the-top panic in D.C. and complete disregard for laws, ethics, the Constitution, long standing processes and procedures (like not raiding presidents' homes), and overall desperation that it's easy to dismiss it as "they just hate Trump."

That doesn't make sense to me.

There's very few sticks holding certain carrots that can make "professional" people behave like crazed mind-controlled demons; one is the threat of your pedo crimes being released to the public.

Hunter, who needs to answer for behavior involving underage family members, had his criminality covered up by an FBI supervisory analyst involved in the church referenced in Sperry's tweet.

I wonder from where that Spygate-related disclosure leaked?

The other story had to do with the raid on Mar-a-Lago, which I'm beyond convinced was a trap set by President Trump.  One of the goodies that came out of this was the deep-state judge who signed off on the search warrant used to work with Jeffery Epstein's group:

Judge Bruce Reinhart – who is reportedly the most likely judge behind the warrant authorizing a raid on former President Donald Trump’s Mar A Lago estate – is a former attorney who represented employees of convicted sex offender and notorious pedophile Jeffrey Epstein, The National Pulse can reveal.

What is motivating this desperation?  We can only speculate, but I think we have a good idea.

About that raid, I think it was a setup.  A few weeks ago we had Mark Meadows letting slip a little nugget that a "bulk" of the declassified documents were handed back to the DOJ:

Remember, that information was declassified by President Trump, who has the power to declassify anything.  Therefore, when Trump and his circle release this material, it's long been declassified.  What's in the material?  Who knows, but you know there's a reason they kept select stuff, per Meadows' statement, and with a backdrop of a MAGA majority in the next session of Congress, there will be hell to pay.

That was certainly a surprise to the enemy.  We also had Kash Patel repeating on the indie media circuit that any documents Trump has are declassified, meaning he can release them to the public if he wishes.

Can you imagine the criminals seething over this?

Then we get a tweet from Maggie Haberman about some documents they say Trump tore up and flushed down the toilet.  Somehow, Maggie received those images, which is absolute proof Donald Trump was frantically trying to flush evidence of something.

The Feds raid, and they go straight to the safe. They're going to find something, and when they finally crack it open, what do they find?!?!

Nothing.  It's empty.  To make matters more embarrassing, the documents were declassified and sent to President Trump by the GSA.

The DOJ now has to explain why they obtained a search warrant, signed by a magistrate judge (who, oh by the way we learned is connected to Epstein) and not an Article III judge, on a president to receive unclassified documents THEY sent to him, and cracked open a safe that was empty, never mind the incredible precedent now set to raid a president's residence.

To make matters worse for them, more of the electorate is insanely fired up over this, and the rats are squeezed a little more as they're running out of breath.

If that wasn't a trap then I don't know what is.  I think the Trump team leaked through the back channels that he had classified documents in his safe and trying to destroy evidence against him:

"I think somebody gave them information indicating these documents are there," retired FBI Special Agent in Charge Michael Tabman told the Daily Mail. He added that authorities likely suspected they had not been told the truth about the existence of the documents or had reason to believe that raiding the former president's Florida residence was the only way they would be able to obtain the records.

"I think there was inside information — call it an informant if you want," Tabman said. "I believe either someone told them something or some other information was stumbled upon, which was kind of conclusive in their minds that they had to go now to get that or they're not getting it."

That was a worm too juicy to not bite.  In a bit of irony in regards to Mar-a-Lago and Epstein, it's where Trump kicked out the freak loser and worked with the FBI against him:

“The only thing that I can say about President Trump is that he is the only person who, in 2009 when I served a lot of subpoenas on a lot of people, or at least gave notice to some pretty connected people, that I want to talk to them, [Trump] is the only person who picked up the phone and said, let’s just talk. I’ll give you as much time as you want. I’ll tell you what you need to know, ” Edwards recalled.

He added about the president, “[He] was very helpful, in the information that he gave, and gave no indication whatsoever that he was involved in anything untoward whatsoever, but had good information.” 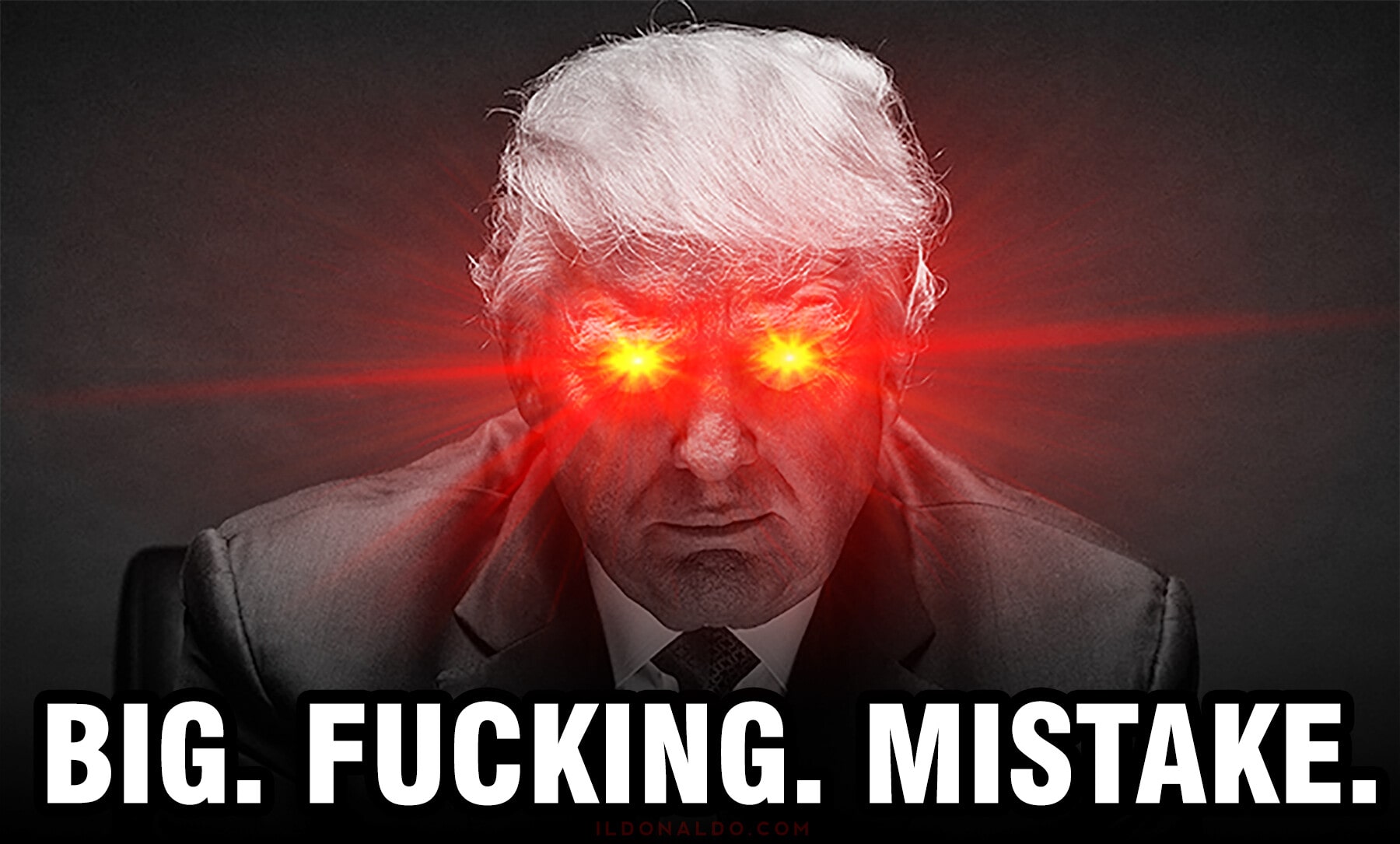 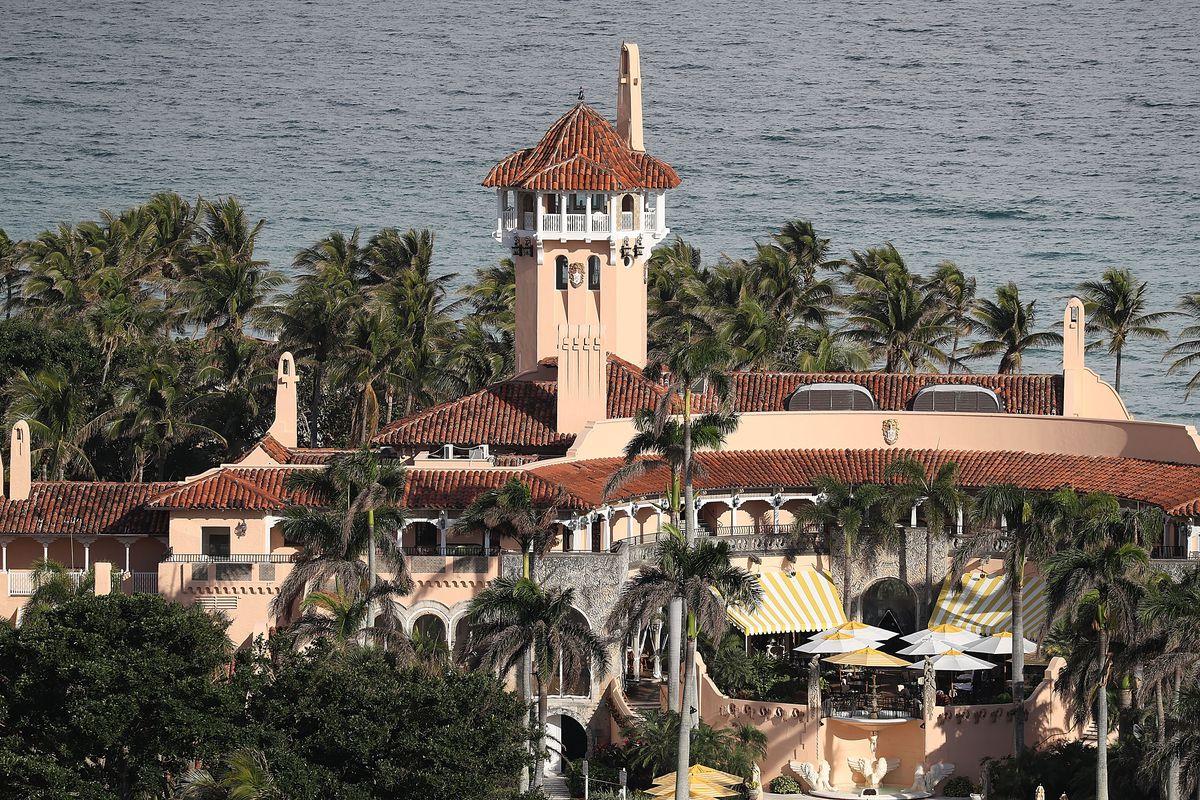