I think Glenn Youngkin will be a great Governor, and Virginia is the beginning of a new era

Well, last night was a GOP massacre.  The state and local election maps looked like it was used to wipe up the Manson crime scene.  Since Tiki Terry conceded, we'll be able to say Governor Glenn Youngkin.  Wow.

This morning on a few calls, I heard some slight concern about Youngkin's time as head of the Carlyle Group.  The fear is he's a deep-state plant, and that's the only reason they let that election stand.

I disagree with that.  I don't think you're part of the Carlyle Group, therefore you must be deep-state.

I remember five years ago, after President Trump was sworn in, I gave him the benefit of the doubt, even though I couldn't understand how a Democrat real estate guy from New York City, who swam with some of the swampiest sludge in that city to get impossible deals done, etc., and who had the Clintons attend his wedding, could ever be a conservative.

I wrote in Ted Cruz, and assumed Trump was a New York lib who could not possibly accomplish those promises on which he campaigned.  Needless to say, if that's what being wrong is, then I never want to be right.  I was open minded, and posted about my optimism for the Trump administration (PS - Spygate wonks, check the date of that post).

I think Youngkin will be a great Governor for several reasons.

First, I trust President Trump.  If GEOTUS speaks highly of Youngkin, then I trust him.  I've made it clear I'm no longer voting until the election system is secure, with the only exception being President Trump endorses the candidate and calls for us to vote.

I think it's important for Republicans to do that right now, because it continues to keep power consolidated with President Trump.  His superpower is his limitless support from us, and that's how he can force the GOP to do what he says as he controls funding and sets the vision.  If you're confused about what I mean, then ask Liz Cheney how things are going.

Youngkin and Republicans won because Trump called for MAGA to turn out and we did (not me, we didn't have any elections).

Second, the times have changed.  Trump set the blueprint and proved that Republicans can win on issues previously designated as third-rail that caused Republicans to cower in fear and donors to clutch pearls.

President Trump, by example, has proven how popular you will be if you're strong on the issues.  Ask Governor DeSantis, who I think Youngkin will resemble.  I do believe we're moving away from that Bush-Clinton-Hussein, Romney-Ryan UniParty deep-state globalist-Marxist power structure, albeit slowly.  I think Youngkin is a baby-step towards returning government back to the people and a breath of fresh air for the people and the restoration of our Republic and liberties.

Third, he is indeed solid on the issues.  He had a solid platform, and was a great communicator.  He understands how destructive unions are.  He's pro-law enforcement.  He's good all around.  He's no Romney.

Fourth, his jumpshot is silky smooth.  There's just no argument with that.

The old guard is shriveling up before our eyes.  Hussein, Creepy, and Heels-Up couldn't get Tiki the Bag Man past the finish line, or even close.  Youngkin just needed the issues, ability to communicate, and President Trump's endorsement to amplify him and close the deal.

With over 40 years of political experience at the highest levels, Tiki Terry could only do a stupid dance, call us racists, and organize the lamest attempt at a false-flag in history.

They're stripped down and exposed, and they have no idea what to do or connect with the people.  Hussein couldn't even draw a mediocre crowd while stumping for Tiki.  Creepy?  He had no idea where he even was.  Heels?  You know it's bad when Creepy is more likable.

The attempt to steal the race failed.  They didn't have the infrastructure to execute, nor did they expect the huge MAGA turnout.  Desperation is not a plan.  Juxtapose that with November 2020, where they had the cybercriminals, suitcase ground game in Fulton County, mail-ins, CCP ballots, and the whole shebang all over the country.  That didn't happen here.

Jason Miyares, the Republican candidate for Attorney General, won.  In Virginia, the AG is the tie-breaker in the state senate, which is essentially split down the middle if they can peel off a Democrat.  Virginia is now (will be) essentially controlled entirely by the Republicans.

The new Lieutenant Governor, Winsome Sears, is solid.  She's anti-woke, very strong on the Second Amendment, was an electrician business-owner, and a Marine.  These are the class of people we're getting now in the Trump era.  Academics and lawyers aren't problem solvers; people with actual skills and life experience are.

I have the same feeling I had that night of Trump's 2016 victory, where the stress went away and my optimism instantly skyrocketed.  I'm not a Virginia resident, but I think they're ushering us into a new era where power is being returned back to the people.  I really do believe that.

We're still in a war against the demonic Marxist-globalist pedophiles, and we will lose a few here and there and take some casualties as we advance, and we still have to take back our election system and clean out the sewer scum (Durham is closing in on that as we speak), but we won this small battle and planted a flag up the enemy's ass.

There's a lot more to say about how the elections last night affect things in D.C., and how it fits into President Trump's return (it COMPLETELY validates things for me as to where we're going), but more on that later. 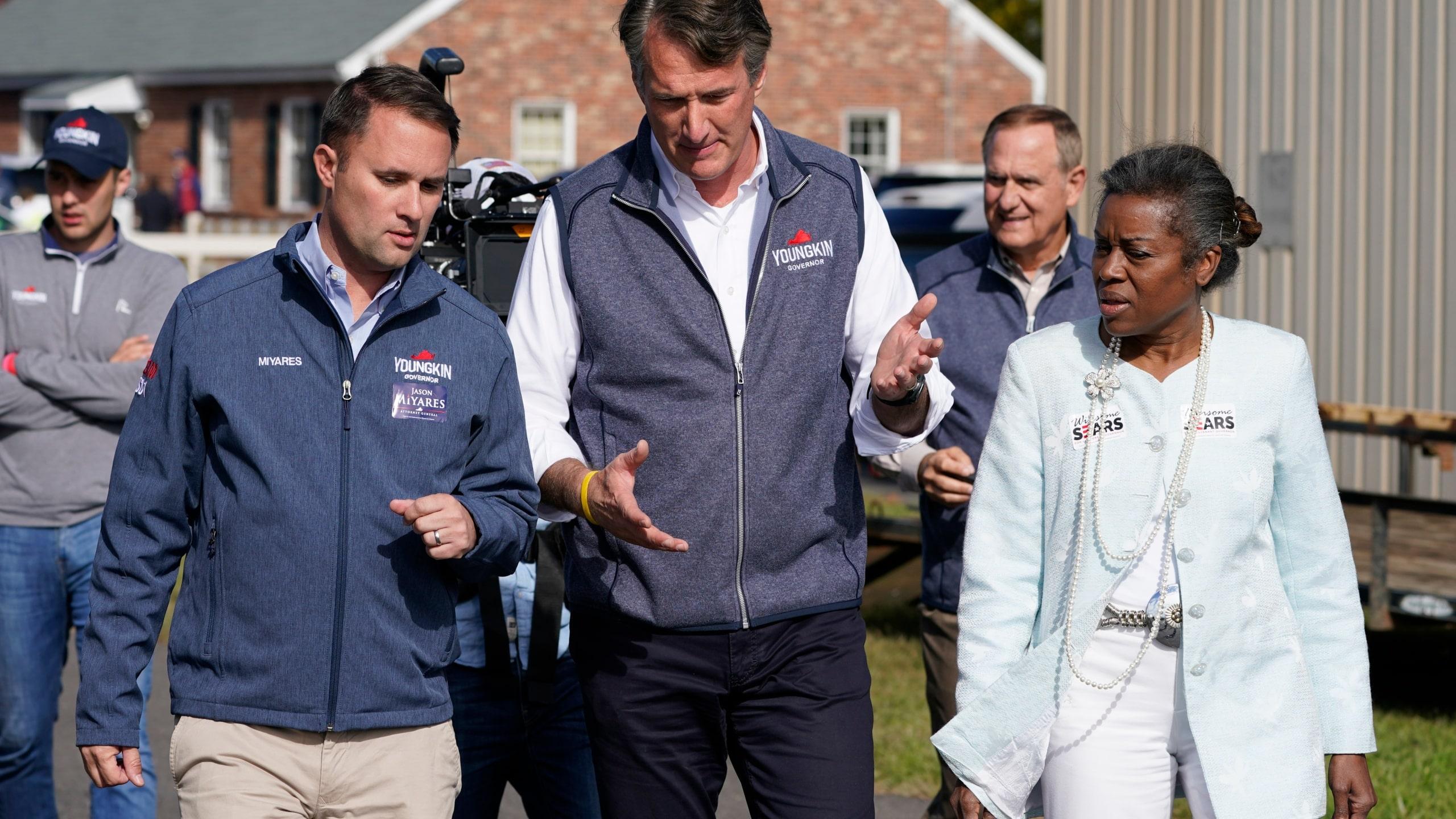