In the media, on Twitter, and in pressers, President Trump has been publicly setting an ultimatum for Xi, where the Chinese leader must meet and talk trade at the G20, otherwise, the United States is going to drench China with another round of tariffs:

This is not good for Xi for a few reasons, as highlighted in this Bloomberg article written from an anti-Trump perspective:

The brinkmanship puts Xi -- China’s strongest leader in decades -- in perhaps the toughest spot of his six-year presidency. If Xi caves to Trump’s threats, he risks looking weak at home. If he declines the meeting, he must accept the economic costs that come with Trump possibly extending the trade conflict through the 2020 presidential elections.

“Whether they meet or not, none of the possible scenarios are good for President Xi or the economy in the long run,” said Zhang Jian, an associate professor at Peking University. “You don’t have a good choice which can meet the needs of the Chinese economy or Mr. Xi’s political calculations.”

If Xi meets, he looks weak because President Trump told him he has to meet; at least that’s how it looks to the world, and it will embarrass the Chinese hardliners.  If Xi does not meet, President Trump will lay on more tariffs, which will drive down the already flailing Chinese economy even more, while ours continues to be red-hot, but he’d save face for not giving into Trump and the United States.  However, my years as a business owner makes me think there's an alternative reason why Trump wants Xi to meet.

With my companies, when I had a vendor I was spending a lot of money with, and they weren’t as responsive as I’d like because they were too comfortable, or we had too cozy of a relationship, or they knew it would be a pain in the ass for me to go to a different vendor, I’d do what I call an “attention getter”.

I’d call my account reps in for a meeting, but first I’d call their competitor for a meeting before my vendor’s.  As my account reps were waiting to meet with me, they’d see their competitor’s reps leaving, smiling and high-fiving.  This has happened to me as well where I was the vendor, where I’d see a large client I had a good relationship with talking to my competitor to get my attention and light a fire under my ass.

Believe me when I say this approach works.  Something the academic financial pundits don’t understand (since very few of them have any business experience) is that in business, nothing is more humbling than your biggest customer entertaining your competitors and developing a relationship with them.  It’s a very bad feeling that causes panic and will prompt you to attack whatever issues that are making your client unhappy.

Who are Xi’s competitors?  Most of the participants of the G20, like Australia, Brazil, India, Japan (where the summit is held this year), Indonesia, and guests like Vietnam, Singapore, and others whom the United States has been meeting over the past few years.  Some of these countries are currently a new home for companies that have left China, and a future home for many others making the decision to leave.  They are also new developing customers of the United States, mitigating any dependence we have on China.

If Xi shows up, he’s going to see President Trump talking trade with China’s competitors right in Xi's face, and knowing what we know of Trump, he’ll make a public show of it which will absolutely infuriate China.  The other countries will have a little extra motivation to talk trade with Trump with China watching, applying even more pressure on Xi.

The real reason I believe Trump wants Xi to show up is for how he will handle Xi.  I think Trump will cut the meeting short, or somewhat blow him off since all this good trade talk has been happening with other countries, monopolizing his time, but Trump will take a photo with Xi, smiling and shaking hands, with a caption like “It was great to see my great friend President Xi at the G20”.  This will show to the world that Xi came grovelling to Trump in hopes to make a deal, infuriating China even more and making Xi and look weak.

Conversely, with Xi present, Trump gains a little leverage with the other countries, so Trump can sort of play it by ear with how he plays his Xi, which will still end in another round of tariffs.  The best play for Xi is to not show up, but it won't be as much fun for us to watch Trump bat him around like a little mouse. 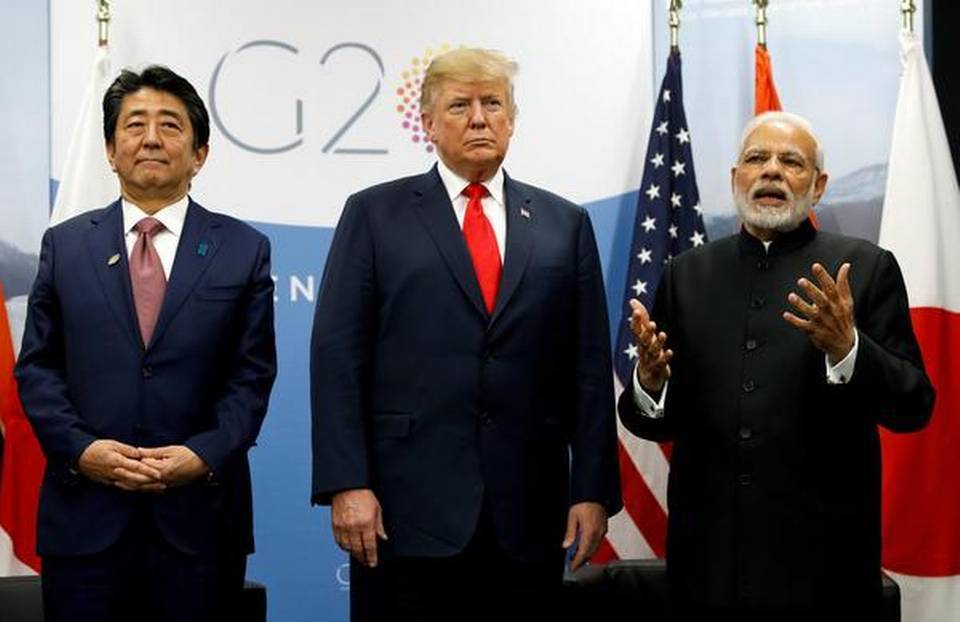