A Few Points About Those Rogan vs. Legacy Media Numbers

There's a post about the latest JRE vs cable news numbers making the rounds, and it's pretty incredible.  Rogan beyond any reasonable doubt completely annihilates the joke that has become cable news.  It's not even remotely close.

There's a few X-factors I wanted to put forth as well, as the straight up average views are getting most of the attention.  The effects of those views ripple through independent digital media.

When a guest is on Rogan, it's like getting on Johnny Carson in the 1980s.  You've officially made it, and millions of people have heard you talk, your opinions, attached your face with your ideas and perhaps your expertise on a particular subject matter, even if they've been bounced from Twitter.

After an appearance on the show, the guest is in high demand by many smaller independent shows and podcasts.  Think about what that does for a small podcast, who may have a respectably-sized audience, to get the guest who was just on Joe Rogan's show.  If he's good enough for Rogan, the largest show on the planet, then he's certainly good enough for you.

Guests after Rogan's show not only lift up the smaller shows, but that guest with the post-Rogan buzz continues to make the rounds and expand on points he made on Rogan's show, or even points he forgot to make.  That previously-suppressed thought continues to travel through digital media.

If you're cable news and you dominate viewership and drive the news, and you filter guests or topics, then you're happy.  If you're cable news, but a dying medium and getting trounced by one guy and his producer with the topics and guests you're prohibited from touching, it's pretty demoralizing.

Another factor is this independent style doesn't have the condensed soundbites pushed between commercial breaks that provide absolutely nothing intelligent, with the host interrupting mid-sentence every 5 seconds.  Millions of people are adapting to the long-form, intellectual conversation-style show.  It's why I'm slowly watching Bannon's show less and less (the interrupting part).

By the way Steve, stop interrupting streams of thought from your guests to tell us "...but but but hold hold hold on... Max Boot said last night on Maddow..."  We get you're trying to highlight how insane libtard media is, but nobody watches Maddow, nobody knows who Max Boot is, nobody cares about either, and we're far more interested in your guest continuing and finishing what he has to say than you interrupting.  I speak on behalf of literally every single "War Room" viewer, by the way.

The more people get used to this new interview style, the more ridiculous cable news and traditional media seems.  I haven't watched a Fox News show in quite a while, but I watched a segment a few weeks ago, and it was the most mind-numbing idiocy I've heard in quite a while.

Cable news is the junk food of thinking.  Just stop it and you'll feel much better.

Rogan is hitting his peak at the perfect time as the social media landscape is changing (also thanks to him).  Previously, clips from a JRE episode may make the rounds, but greatly suppressed on the satanic Silicon Valley platforms.  Now they're spread on Gab, Telegram, GETTR, and soon-to-be Truth Social.

Those unsuppressed clips and posts from the episode will exponentially amplify across the otherwise barren intellectual social media landscape.  On top of that, the independent shows who interview the guests garner views and attention as well.

The effects from Rogan's audience dominance over legacy media, with the rise of independent media and alternative social media, are society-changing. 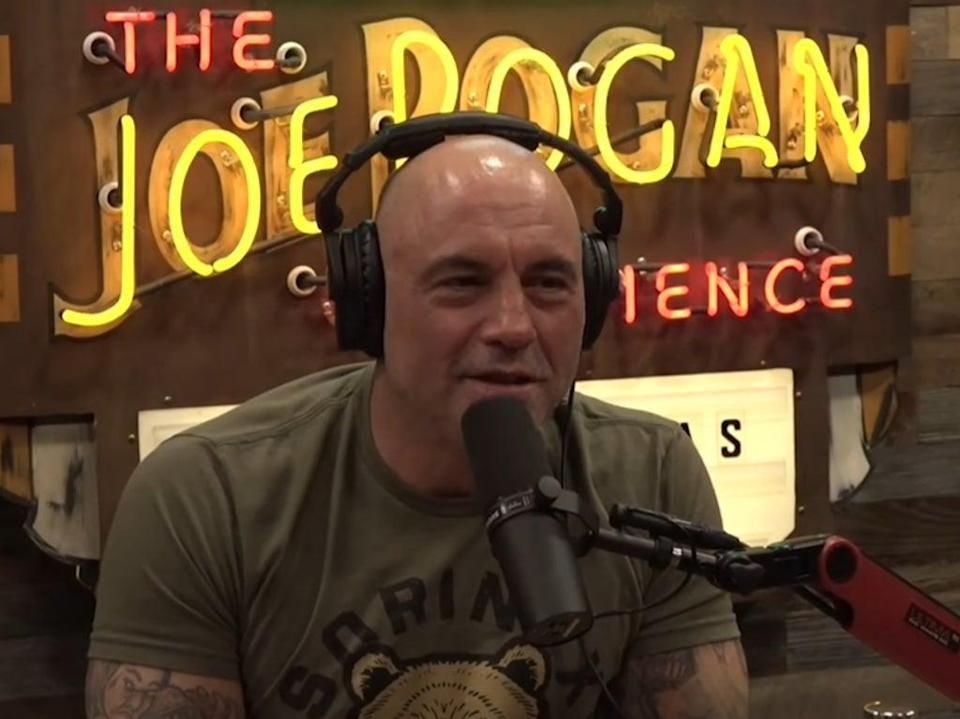