The enemy sustained heavy damages yesterday in Wisconsin, where Special Counsel Mike Gableman delivered a running kick to their nuts in the form of an interim report on his investigation into the 2020 election coup before the Wisconsin Assembly.

No person who listened to this hearing, or read the report, believes Wisconsin should have been certified, period.  The Zuckerberg confirmations were bad, but the stealing of votes from helpless old people is unforgivable on a whole other level.

Boris Epshteyn with the breakdown:

It's horrible what the RINOs in Wisconsin allowed to happen to these elderly victims.

As for Zuckerberg, I actually don't care about the bribery from him (it's what Zuckerberg does if he wants to keep playing billionaire).  The bribe is on the side of the corrupt government official, and the private party has no power over the individual who took an oath or is obligated to uphold the public trust.

The government officials who took the bribes should go to prison.  The private individual had no say or authority in the matter any more than a child has a say with the parent in regards to eating chocolate cake for breakfast.

While Durham is lurking like a shark, ready to pop up and take another leg from the deep-state, and while it's all hands-on-deck to protect their corruption in Ukraine, and while the CCP virus revelations continue to come to light (do y'all remember that Fauci guy?), the election coup continues to be exposed, which is ultimately the equivalent of storming the gates of the castle.

Worst of all for them, President Trump continues to maintain control of the GOP and play kingmaker with endorsements as Democrats resign en masse.

Last August, Wisconsin Assembly Speaker Robin Vos authorized the Office of Special Counsel, headed by retired state Supreme Court justice Michael Gableman, to investigate concerns about election integrity and the 2020 election. Gableman delivered an interim report to the state assembly on November 10, 2021. Earlier today, the special counsel provided a second interim report to the state legislative body, noting the report “is final in the sense that it provides a list of recommendations with time for the Legislature to act before the close of its session in March.”

The outlet who has been the most fearless in conservative digital media over the past few years is The Gateway Pundit, hands down.  The other large publications, like Breitbart or Daily Wire, don't DARE touch topics like the 2020 election coup, never mind report on it with the relentlessness as TGP.

Jim Hoft is the new Andrew Breitbart as far as I'm concerned.  He's pushing the stories and taking the arrows more than any other large site.  Is there another publication with his audience size that fearlessly hits on the election coup or the CCP virus?  If there is, I haven't heard of it, and I know all the big sites.

I bring up Hoft because I saw his spot on Bannon's show regarding Justice Gableman referencing ERIC, which was pulled out from the shadows by its scaly tail by TGP and held up to the sunlight for the world to see:

Saving the best for last, as hit on by Epshteyn in the earlier clip, Justice Gableman brings credibility to this investigation.  He was a State Supreme Court Justice, which means he knows the law pretty damn well as he's racking up the soon-to-come indictments.

This is especially relevant for the decertification of the election for Wisconsin.  This isn't a big deal to us because we know there's no other choice but for decertification and it's completely within the power of the state legislature to do so, but Justice Gableman DESTROYED the RINOs' argument that "it can't be done" and "it's unconstitutional."

He dedicated an entire section to just that in his report (PDF), starting on page 131.  Open and shut.  Meanwhile, those mayors better be ready to answer some questions. 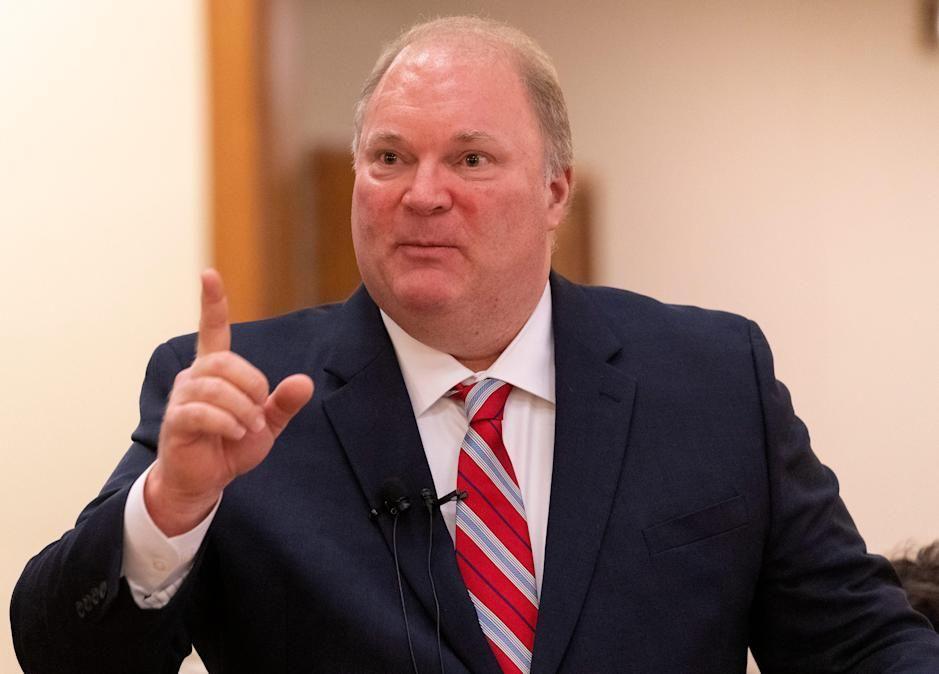