WISCONSIN: RINO Vos is Cooking on the Hot Seat Over Decertification, And Zingers From Gableman's Report

The report yesterday from Justice Gableman is already punching through.  As it disseminates over the next few days, even the representatives who've been against decertification will have no choice but to budge.

A quick hit by Boris Epshteyn on how Justice Gableman's report is affecting not only Wisconsin, but other states as well:

With the anger of the people (a lot of it fueled from revelations of what happened with RINOs allowing the elderly to be victimized) bearing down on their local representatives, and with the midterm elections closing in, there's simply too much pressure for them to handle.

The testimony obviously shook Republican leaders in the state.

On Wednesday morning Wisconsin State Republican Leaders, including Assembly Speaker Robin Vos and Senate Majority Leader Devin LeMahieu, called for an emergency meeting on March 16th in Stevens Point to discuss the next steps on this explosive development by Justice Gableman.

Wisconsin Assembly Speaker Robin Vos, a slimy rat who's been the biggest obstacle to cross the bridge to decertification, is slowly being targeted for recall by Wisconsin counties.  A few weeks ago, it was 6 counties.

Before Justice Gableman's report yesterday, the number of counties calling for decertification, out of 72, is 12.  Here's a graphic from The Gateway Pundit's article: 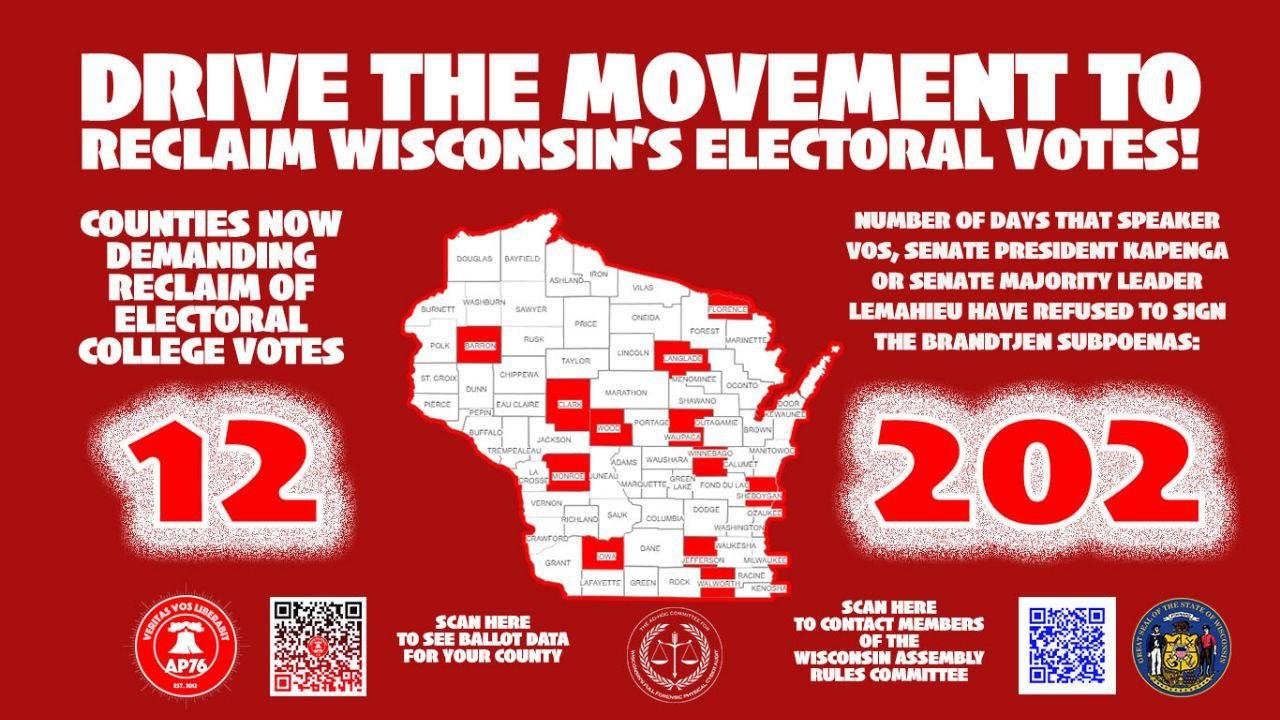 Again, these are BEFORE the revelations from Justice Gableman.  As details from the report (especially the victimization of the elderly) brought forth by a credible and respected official spreads throughout Wisconsin, how many more counties will jump on board over the next week?

Of those counties, how many pissed off Wisconsinites learned their parents were victimized?  How many learned about their friends and neighbors?  In small towns and counties in Wisconsin, report details will spread, and local representatives will not be able to hide.

Your days as Speaker are numbered, Robin.

The second part of this article is about a thread that's going around by an attorney who posts on Twitter as KingMakerFT.  He's in the mix with the Spygate research and I really like his posts, and he read through Justice Gableman's report and posted an excellent thread on it.  I'm going to unroll his thread here and assemble it into paragraphs:

The Wisconsin Office of Special Counsel interim report on the election has some real zingers on issues the press, cable news, and politicians have heretofore declared to have been thoroughly debunked. Here’s a summary of one of the preliminary findings regarding Dominion Voting:

“The Special Counsel reviewed extensive reporting of a Dominion machine failure event in another State. The OSC was able to identify, through the reports of experts, that the failed machine recorded two anonymous and unauthorized access events from its VPN. This means, contrary to what Dominion has publicly stated, that at least some machines had access to the internet on election night. Shortly after the unauthorized access was recorded, the machine failed and was reset, wiping all voting history and forcing that election administrator to rely on unverifiable paper printouts from the failed machine.” And there’s more.

Regarding another election system manufacturer, ES&S, the OSC found that several machines were equipped with a 4G wireless modem. One municipality admitted its machines were connected to the internet on election night. And ALL machines in Green Bay were connected on election night to a “secret, hidden WiFi access point at the Grsnd Hyatt Hotel, which was the location used by the City of Green Bay on the day of the 2020 Presidential election.”

Even more disturbing was the finding that the “WiFi, machines, and ballots were controlled by a single individual who was not a government employee, but an agent of a special interest group operating in Wisconsin.” Wow!

The OSC also received information, so far unconfirmed, that a private company, Command Center LLC, received on election night images of cast ballots and held in its offices in Minnesota batches of actual ballots, presumably to be surreptitiously fed into the counting process.

The Wisc OSC hopes to further investigate these voting machines related irregularities, but is getting no cooperation from either the voting machine manufacturers or the clerks.

The report says that the OSC spent a great deal of time on looking into the use of a “ ballot tracking and harvesting application” that was used not only in Wisconsin, but in Georgia and Pennsylvania as well. The OSC was able to find the developer of the apps and even has the source code.

These cell phone apps were part of the Zuckerberg funded operation. They allowed the user access to the voter rolls. The users could live updates on ballots received by a county. All of this was set up as part of the private organizations’ effective take-over of election administration, which was accomplished with the help of county officials.

The interim report specifically delves into illegal ballot harvesting and abuse of elderly in nursing homes as the products of this devil’s bargain between election officials and partisan groups.

Notably, most of the illegal incidences and practices discussed by the OSC were the subject of allegations of election fraud and irregularities last year.

Unfortunately the media, Big Tech social media, and Democrat politicians engaged in a concerted effort to shut down all discussion. Now we have a legislatively-appointed special counsel, a former justice of the Wisconsin Supreme Court, who is conducting a thorough investigation of these claims of fraud. He’s finding such claims to be credible and supported by evidence he’s developed to date.

And he’s far from finished.

Excellent.  He's indeed far from done, and he's even digging into the machines.  He's blowing this entire thing wide open, and at this point, Vos can't interfere with this investigation. 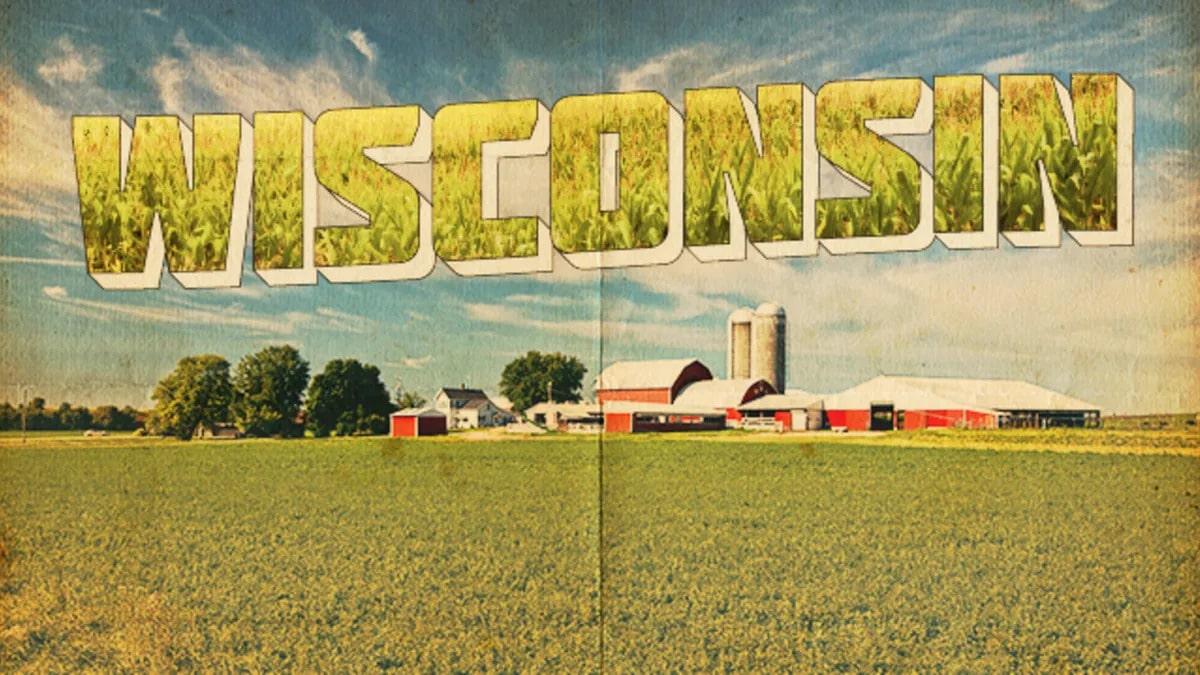