One of the most fascinating stories that popped up soon after the inauguration of Barack Obama’s usurpation of the presidency was the first-hand confirmation from John C. Drew that Obama was not only a Marxist, but indeed a radical Marxist when they met in 1980 as students of Occidental College.  Some people aren’t aware of Drew’s story, so I figured it’s worth revisiting as more details of Obama’s scandals continue to be revealed.

Those of us who researched Obama as he was making his run for President in 2007 knew early on that he’s a radical.  We learned about his assimilation into the radical Chicago communist scene, and the radicals with whom he was close, like Alice Palmer, David Axelrod, and a poster-child for anti-Americanism Bill Ayers.  The communists in the United States laid the groundwork for decades, infiltrating government and academia, and they were ready to make their move into the Oval Office with their Trojan horse.

If you’re relatively new to politics, you may wonder what’s the big deal.  All current Democrat candidates are openly and publicly devoutly Marxists.  Bernie even called Elizabeth Warren a “capitalist” as an insult.  They’re not hiding it these days and their disdain for America is not only on full display, it’s a prerequisite for any member of the Democrat Party.

Back in the early-to-mid 2000s however, calling Democrats “socialists” and “Marxists” was still upheld as “conspiracy theory” by the main stream press.  They didn’t really want to ban guns, and it was ridiculous to suggest they would kill babies.  No way they’d support a government takeover of health care, and they were patriotic Americans concerned with national security like the rest of us, and had the utmost respect for freedom of speech and the Constitution.

Sounds completely ridiculous now, doesn’t it?  Can you imagine a modern day Democrat pretending to be pro-American?  The last pro-American Democrat I know of was shot in Dallas back in '63.  Joe McCarthy is rolling around in his grave.

With the advantage of hindsight of the Marxist takeover of the Democrat policy, imagine how many of us were pulling our hair out trying to tell others that radicals like Hussein Obama are indeed radical Marxists.  Even after his Joe the Plumber encounter, and snippets from his book circulated, he relied on the stupidity of the American voter (his ACA architect’s words, not mine) to carry him through.

John C. Drew was a Marxist back in college.  He even started the first Marxist chapter at Occidental, and eventually converted to a conservative years later.  He knows how Marxists think and how they act, and he knows any Marxist who begins the process of free thinking and awakening beyond the lies goes through a conversion process; his was sparked by an academic study on child labor.  He makes a defining point: if Hussein Obama is no longer a Marxist, what’s his conversion story?

It’s easy to show that Obama is a Marxist, and many of his devout supports continue to fight that reality to this day.  The purpose of this article is to revisit this first-hand story by a very credible person for those who aren’t familiar.  Hussein Obama is not a passive Marxist; he's a true believer.  From Drew's American Thinker op-ed link above:

Boss and Obama, however, had a starkly different view. They believed that the economic stresses of the Carter years meant revolution was still imminent. The election of Reagan was simply a minor set-back in terms of the coming revolution.  As I recall, Obama repeatedly used the phrase "When the revolution comes...."  In my mind, I remember thinking that Obama was blindly sticking to the simple Marxist theory that had characterized my own views while I was an undergraduate at Occidental College.  "There's going to be a revolution," Obama said, "we need to be organized and grow the movement."  In Obama's view, our role must be to educate others so that we might usher in more quickly this inevitable revolution.

I know this may be implausible to some readers, but I distinctly remember Obama surprising me by bringing up Frantz Fanon and colonialism.  He impressed me with his knowledge of these two topics, topics which were not among my strong points -- or of overwhelming concern to me.  Boss and Obama seemed to think their ideological purity was a persuasive argument in predicting that a coming revolution would end capitalism.  While I felt I was doing them a favor by providing them with the latest research, I saw I was in danger of being cast as a reactionary who did not grasp the nuances of international Marxist theory.

Chandoo let Boss and Obama take the crux of the argument to me.  Chandoo, in fact, seemed chagrined by the level of disagreement in the group.  I cannot remember him making any significant comments during this discussion.

Drawing on the history of Western Europe, I responded it was unrealistic to think the working class would ever overthrow the capitalist system.  As I recall, Obama reacted negatively to my critique, saying: "That's crazy!"

Drew popped up on my radar because of his experience with a young Obama, but I've found him to be a brilliant political mind.  If you want to read more of Drew's stuff, he has a GREAT blog that I highly recommend.  He's one of the few political observers that leaves me smarter after reading.  One example of what I believe to be a must-read is his article on electoral realignment to give a new perspective on Trump's victory, a perspective of which I would have never considered on my own.  For his videos, here's his YouTube channel.  He also has a cameo in Trevor Louden's brilliant documentary "The Enemies Within", an absolute required, no-excuses-for-not-watching viewing for every conservative.

Here's a classic interview with John Drew on "The B-Cast", broken into six parts:

Here's some clips from a talk at Capistrano Republican Women's Federated Club: 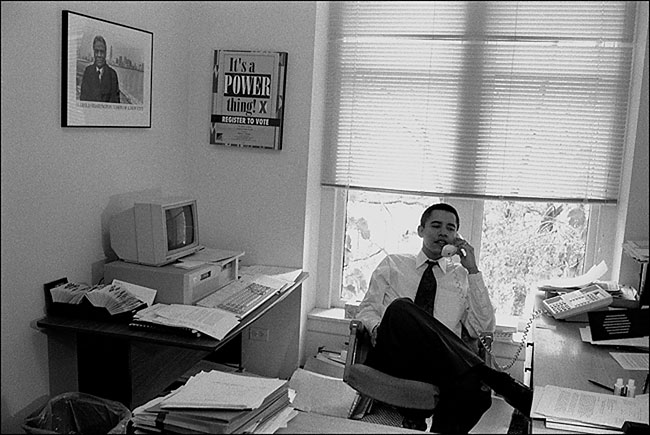