@MagaKarma1 (Sgt. Friday on YouTube) put out a thread of some facts on George Papadopoulos.  Many of us who follow the Spygate story have some questions about Papadopoulos, and as Spygate attracts more interest, I figure I’d highlight a few points.

Note: I know Sarge’s writing is a little choppy, but Beethoven was deaf.  Ray Charles was blind.  Steven Hawking couldn’t wipe his own ass!  But seriously, his research and content are what’s important.  Instead of embedded tweets, I’m posting screenshots because Twitter will ban him soon enough and I don’t want to clean up the zombie tweet embeds. 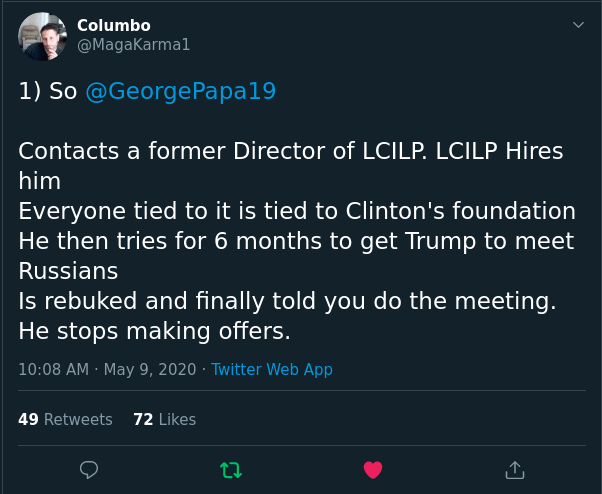 LCILP, the London Center for International Law Practice, is a mystery.  You can go down some serious rabbit holes on the LCILP and Link Campus, but just know they’re about as shady and deep-state as it gets.  When George said he learned later it was a front for western intelligence, I knew the story may not be as told. 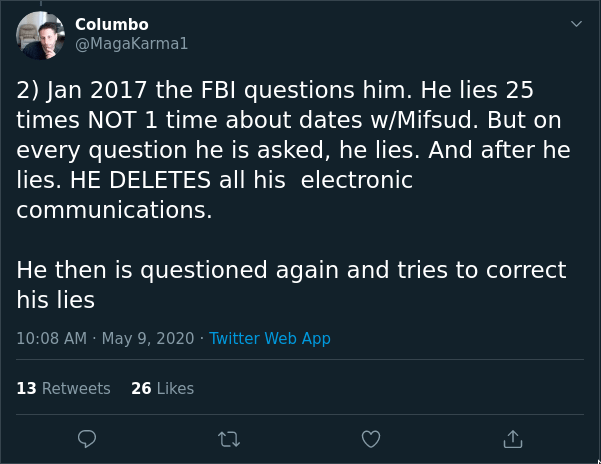 This was more odd behavior.  George wasn't truthful in his FBI interviews.  In fact, the agents told him he should wait for his counsel, but he kept talking and talking.  He then changed phones, deleted emails, and also deactivated his Facebook account.  If the FBI was up my ass, I sure as hell wouldn't do that. 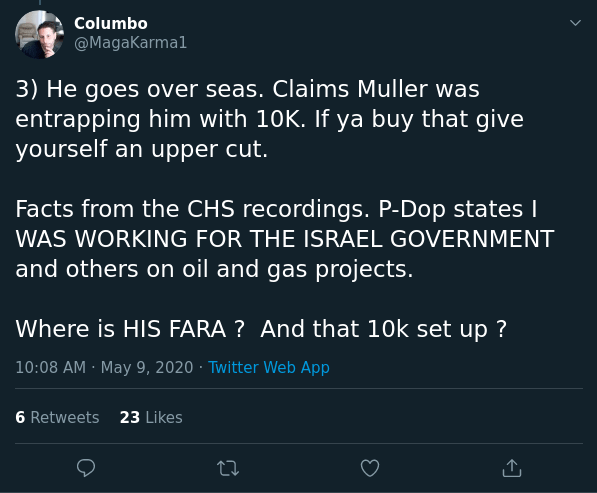 He was working for entities that are always involved with deep-state shenanigans. 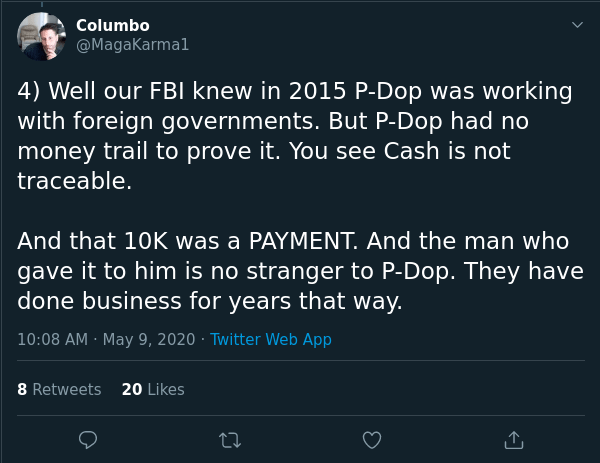 How he was getting paid has been a question many of us have had as well.  George’s version of that particular story where that $10k exchanged hands is he wasn’t sure he’d make it out alive if he didn’t take it.  I’ve been in business a long time, and for those times where I’ve paid employees in cash, it was legal, and always had a paper trail.  The fact this didn’t occur with George is a major red flag, and I’d think especially odd to those of us who’ve owned businesses. 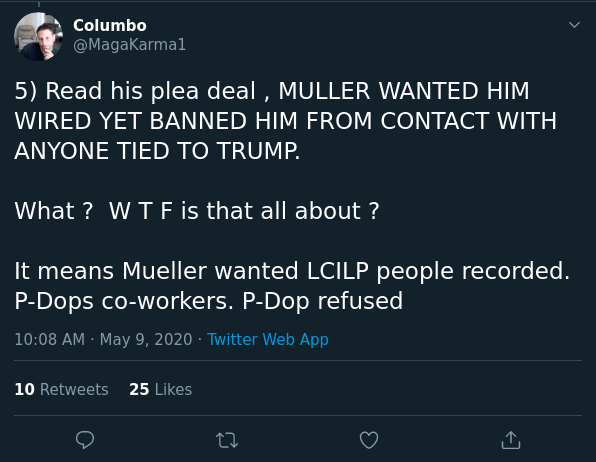 This was another odd move on George’s part.  If the FBI is on me and I'm in some situation where I've been lying to them, I think I'd agree to help them, but that's easy for me to say without being in that situation. 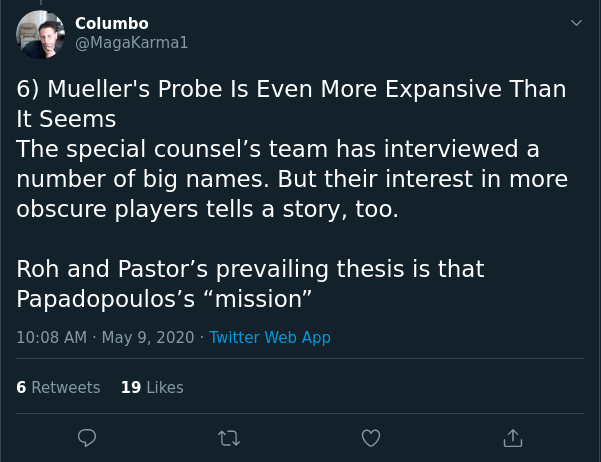 Here’s the link to Bertrand’s 2018 article in the Atlantic with Roh and Pastor.

When you look at the story taking these facts into consideration, it doesn’t mirror the predominate narrative circulating among #MAGA Twitter accounts. 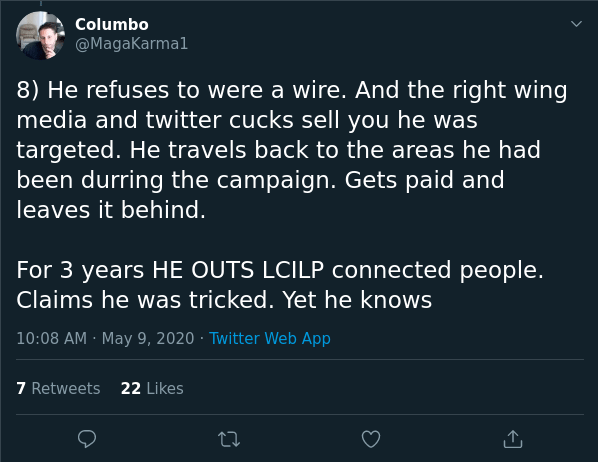 With his overseas work while unregistered with FARA, and lying in his FBI interviews, it’s my opinion that George got off pretty light, which makes me wonder why?  Why did he think he could do that and not really get into real trouble?  Why was he so confident? 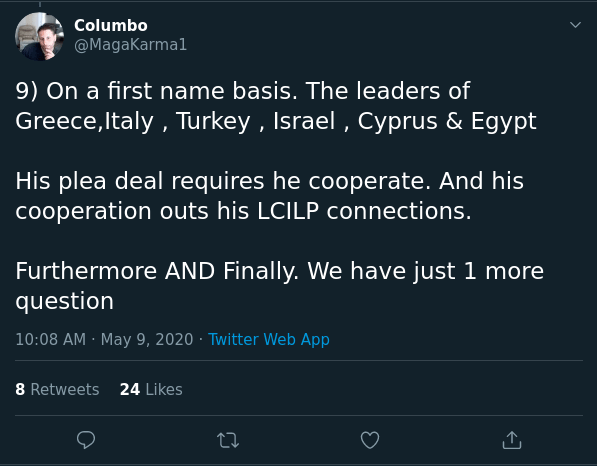 This is another point that interesting: for a guy who’s just a energy policy guy, how’d he develop this global Rolodex of world leaders as contacts?  He is credited for the meeting between Trump and the Egyptian president.  An innocent, naive kid doesn’t make that happen.  He's also said his expertise is in Greece, Israel, and the Mediterranean area, but not Russia.  Then, why was he trying to set up meetings with Russia?  Why not stick to his "expertise"? 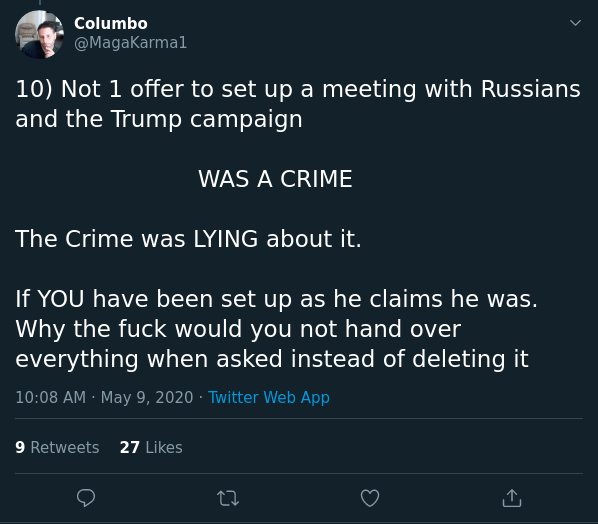 Again, why?  He could have not lied.  Is he protecting something, some cause, or someone?  In their public Twitter spats, Mangiante has referred to him as “a traitor”.  A traitor to whom? 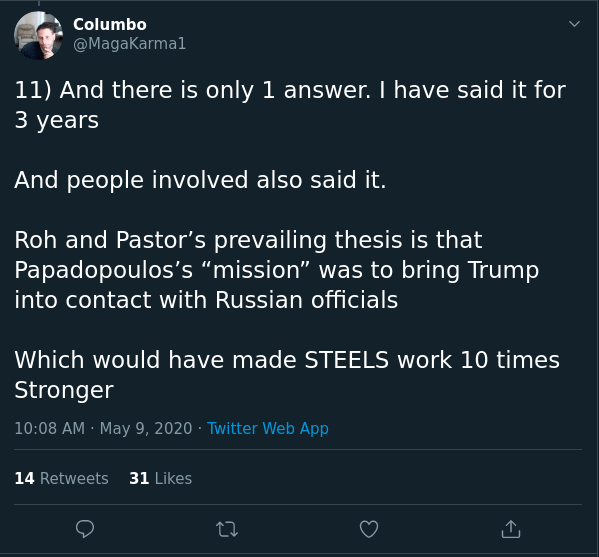 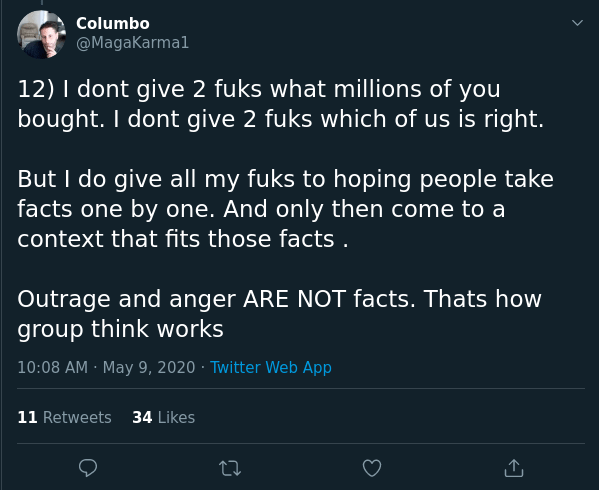 I agree, and many have committed to a Papadopoulos narrative.  For the record, I don’t take the perspective that he’s a bad guy.  Unless I have evidence of you ripping off old ladies, raping kids, or such terrible crimes, I don’t judge; I’m too lazy to judge.  And of course, If I get proof that he was trying to take down our President, then I won’t be too happy with that.

I’m also still putting together his timeline, which helps paint a bigger picture. 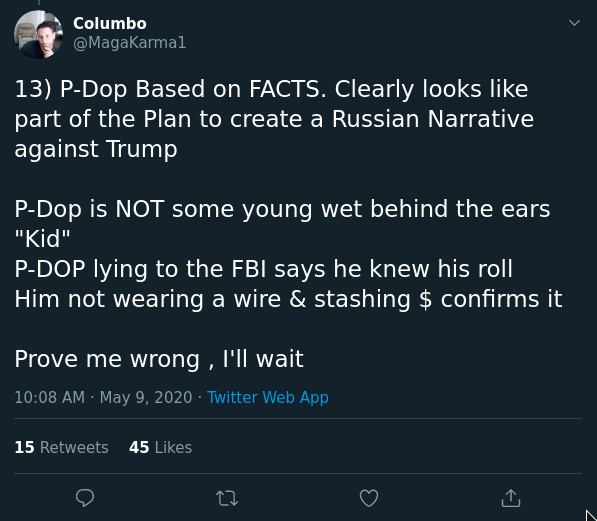 George has some 'splainin to do.  The problem is it seems to be hard to get him on an interview with someone who knows the material.  Speaking of narrative, I saw someone mention that Sergei Millian is "in hiding".  I've read plenty of Twitter threads where someone has a question, or the discussion involves him and he pops up like Candyman.  George does as well, but he's more selective.

For more on the topic, Jeff Carlson has an article about questions for Papadopoulos that I consider required reading on the subject.

I've struggled with this forever.

Pushed and tried to create "touches" time and again.