Thanks to President Trump and his 4-point economic plan of tax cuts, regulatory reform, energy independence, and trade reform, we went from “you didn’t build that” to “you’re going to need to buy more equipment” in a short period of time.  The first phase of the Trump administration was about recovering from the Obama depression.  We've experienced growth, but nothing like what's coming.

This week has been incredible for trade.  The phase-one deal with China is great, but it’s really formalizing how China can be punished, and for what they’ll be punished.  There’s large agriculture play, access for other products and services like energy and financial, but most importantly Xi’s little Chinese nuts are in a vice and this agreement outlines how and when the vice would be turned.

The day after the phase-one China agreement, the Senate passed the USMCA.  This deal further ensures China is cut off from exploiting Canada and Mexico via the NAFTA back-door for the purpose of dumping products into the United States by enforcing a higher threshold for North American-made content.  The USMCA was a formal kill-shot to China's practice of using our neighbors to take advantage of the US.

The never-Trump clowns and anti-American Democrats push a narrative that USMCA is just a "repackaged NAFTA", or "NAFTA 2.0".  The USMCA destroys NAFTA in every sense, including:

To say this is NAFTA 2.0 is ridiculous and shouldn't be taken seriously in any discussion.  Take a moment to watch Wilbur Ross’ short interview with Maria Bartiromo talk about the China phase-one deal and USMCA:

I've been saying Trump will run on another round of tax cuts, and the White House has hinted as much throughout 2019.  This will drive the Democrat candidates to go even more insane, forcing them to run against it.  That will be fun to watch.  The action on trade itself is incredible but more tax cuts will be like pouring gasoline on an inferno.  Another advantage to running on tax cuts is it locks in the campaign commitments on the Republican side.

Take 20 minutes to watch this informative Bartiromo interview on USMCA and the phase-one China deal with lead Trade Representative Robert Lighthizer.  The interview was last month but relevant to the two deals:

One point about the Trump trade team's approach to these deals is digital trade and the protection of intellectual property don't take a back seat.  When we think of trade, we tend to think of manufacturing and agriculture, and digital commerce isn't really considered.  It shows that this administration knows what they're doing and protecting American consumers for the future.  If you're interested on digital trade and how it's handled in USMCA, IBM Global Markets SVP Martin Schroeter has a good breakdown.

We also have the free trade deal with Japan that will bear fruit this year, and will be negotiating a deal with post-BREXIT Britain, forcing more pain onto the hollow shell that will be the European Union.  Germany and France really need to get their act together.

If you're thirsty to hear more details on USMCA and the China trade deal and have a few hours to burn, check out Lighthizer's testimony before the Senate Finance Committee last June:

and testimony before the House Ways and Means Committee:

Addendum: I added the CNN debate from 1993 between Ross Perot and Al Gore.  It's amazing how Ross Perot pretty much laid out exactly what happened.  This is why businessmen should run the country: 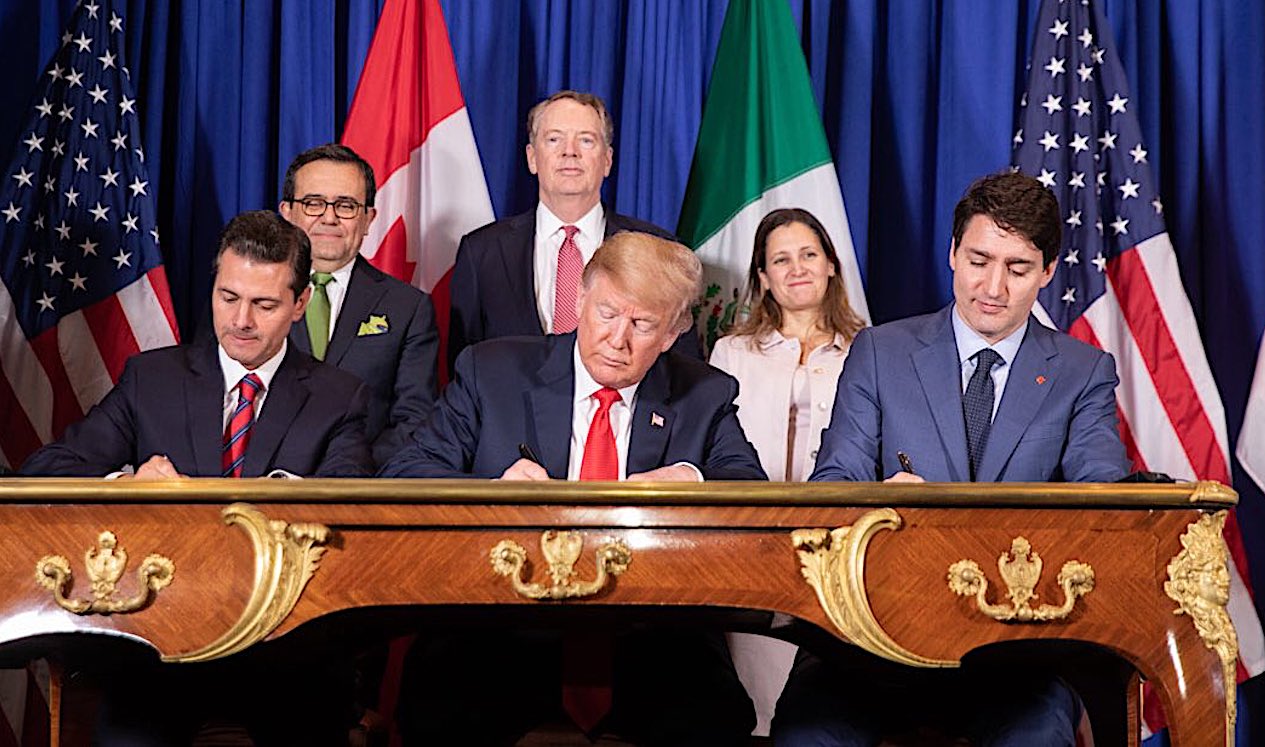