The social media world is saturated with alternative platforms sprouting up like weeds.  MeWe, the hollow shell of what was once Parler, Gab, Telegram, Minds, and a slew of other smaller platforms trying to penetrate the market have been absorbing the fractionation of the CCP-controlled Twitter and Facebook.

It's very encouraging that so many people continue to ween off the luciferian tit of Silicon Valley.  I'm such a fan of ditching the commies that I block Googlebots from hitting this site.  I don't know of anyone else willing to do the same.

Twitter and Facebook are becoming the new MySpace and are rapidly turning into a joke.  Granted, I haven't used Facebook in over a decade, therefore I have no clue what functionality it powers, but it can't be all that great.  When I see a post about someone getting banned from Facebook or Twitter, I just think to myself "who f*n cares?"; there's no more shock value to banning conservatives.

Who cares when there's an abundance of alternatives?  The engagement on these other platforms trounces anything I experienced during my short gambol on Twitter.  I haven't been on Twitter in months and I don't miss it.  I've officially sworn off all products controlled by the CCP, hence why I promote secure, privacy-based alternatives as often as I can.

I actually hate social media.  I'm just not a social media guy.  Beyond Gab, GitHub and GitLab are the extent of my social media presence, which maybe technically aren't social media platforms.  I guess I get no value in engagement with stupid people.

I've been sticking with Gab, but they're just not progressing as I had hoped.  This is why I'm looking forward to Trump's and Lindell's platforms.  I want something new that halfway engages me.

Gab STILL doesn't have post embedding.  That drives me crazy.  Remember when Gab was promoting their Dissenter browser?  It hasn't been updated in over a year and is officially a dead project.

If you're going to let a project die, then quit mentioning in interviews that you "built your own browser".  You didn't.  You forked Brave, which is fine, but tell the audience that it's a dead project; otherwise, you're misleading them.

If you can't make time to do these basic Chromium or Brave updates, then put out an announcement that you're no longer supporting it and officially kill it.  I get the feeling they took on this project, made some cosmetic changes with the color and icons, but figured out it's a bigger project than they anticipated.

GabTV is a relatively new product, but there's been no progress on the UI.  I want a clean UI like D.tube's, not a crappy one like BitChute's.   At least the videos are embeddable.

Gab has no DM functionality.  They did, but removed it.  They have Gab Chat, but I don't even know how to find it.  I hate their notifications functionality with a passion.

Torba put out a blog post that they have some projects in the works on a new platform, but they don't even have post embedding.  If you have a social media platform with no post embedding, you just don't get it.

I've been with Gab since the beginning on their original system.  Then an overhaul. Then one where they migrated to Mastadon.  Then off Mastadon.  Now, another overhaul in the works.

Gab feels like a boat with no rudder.  Torba likes to play the (in my Bernie voice) "but millionayas and billionayas" are funding other platforms, but that excuse only goes so far with me.  Instead of spending time working on a TV device, maybe spend time on post embedding.  Instead of a new Gab Phone, maybe spend resources on security.

Gab's lack of a road map is a leadership issue.  Yes, they've faced real opposition and real challenges along the way, but we're almost four years into this thing with nothing to show but another overhaul.

Speaking of leadership, are those responsible for the security situation still employed?  That's an issue with me.

They're banned from financial platforms, and that's major, but they hit their funding goals every month, so I don't think financing is an issue.

Gab hasn't had much competition, even when Parler was at its peak, and sadly, it shows.  I'll still be a Gab member, but I'm looking forward to Lindell's and Trump's platforms.

President Trump's team said they're launching a new platform that can host tens of millions of users and will be ready in a few months.  I would love it if Corey Lewandowski runs the platform.  I think he'd be the Dana White of social media.  How will it look or function?  I have no idea, but by default it has to be better than Gab.

Here's what I'm curious about: is it going to be part of Mike Lindell's platform?  I wonder because Lindell was asked directly if he'd compete with GEOTUS' platform:

Lindell says he has spoken with Trump and his platform will not be in competition with the president’s plan to start up a social media platform, “No, No, even on the other platforms that are out there. The more we have the more voices we have the better. But you have to realize is you see what my platform has is those videos that were takend down by YouTube, Vimeo,… there is a place for those videos on my platform… It’s very good for live-stream. It’s very good for video platforms.”

This snippet is promising:

And Mike says the size of the platform and its security system is impressive.

Lindell said his platform will be able to handle 500mm users, which blows Gab out of the water.  Currently, the only platforms that could handle a Trump surge are Facebook and Twitter.

I'd think Lindell has more tech talent on his team and I get the feeling they'll be more prepared for the social media world.  One may argue that Gab had a head start, which is true, but Lindell has been working on his platform for four years.  That means they're old as Gab already, technically, and were smart enough to let Gab take all the arrows.

Some Gabbers have been led to think that running your product on your own infrastructure requires billionaire money.  It doesn't.  In fact, I hosted my own infrastructure years ago, back when it was hard and more expensive.  If I did it, Lindell and Trump's team sure as hell can do it.

It's funny because with my experience, I come from the perspective that everyone should host their products on their own servers.  This new-age cloud-hosting mentality is something I'd never have even considered if I were in the social media space.  Gab doesn't get kudos for doing what they should have done from the beginning.

With the advantages Trump and Lindell have, I sure hope their platforms are secure and fun to use.  Here's the entire statement of what Torba posted on Trump building his platform:

That's pretty bitter and representative of why I'm bearish on Gab.  Here's a more appropriate response:

Upon hearing the news of your new social media venture, I want to humbly welcome you to the alternative social media space with open arms.

It will be an honor to compete against your platform, and as we're an America-first platform that reflects the visions you promote as President, if there's any opportunity for integration or cross-promotion, it would be openly welcomed.

Competition sharpens the steel of innovation, and the opportunity to become a better platform with you in the arena will be a blessing for our user base.

God Bless you Mr. President, and I'm looking forward to this opportunity.

...or something like that.  You don't have to be a jerk to the greatest President ever who is supported by enough voters who pushed him to victory in likely all fifty states.

Gab is a grizzly bear who hasn't had any predators in the wild.  Parler was like a lemming that tries to kill it's own self, while Twitter and Facebook are moose corpses laying in the middle of a field ripe for a feast.

Minds is like a elk that just gets mauled, and Telegram is probably the closest to what would be considered competition.

Gab has had to go against the powers of the deep-state, and that in itself is certainly competition, albeit from government, but not from a social media platform.

This will be their first bout of competition, and it's desperately needed.  As someone who is becoming disillusioned with social media, I'm looking forward to these new platforms by GEOTUS and Lindell. 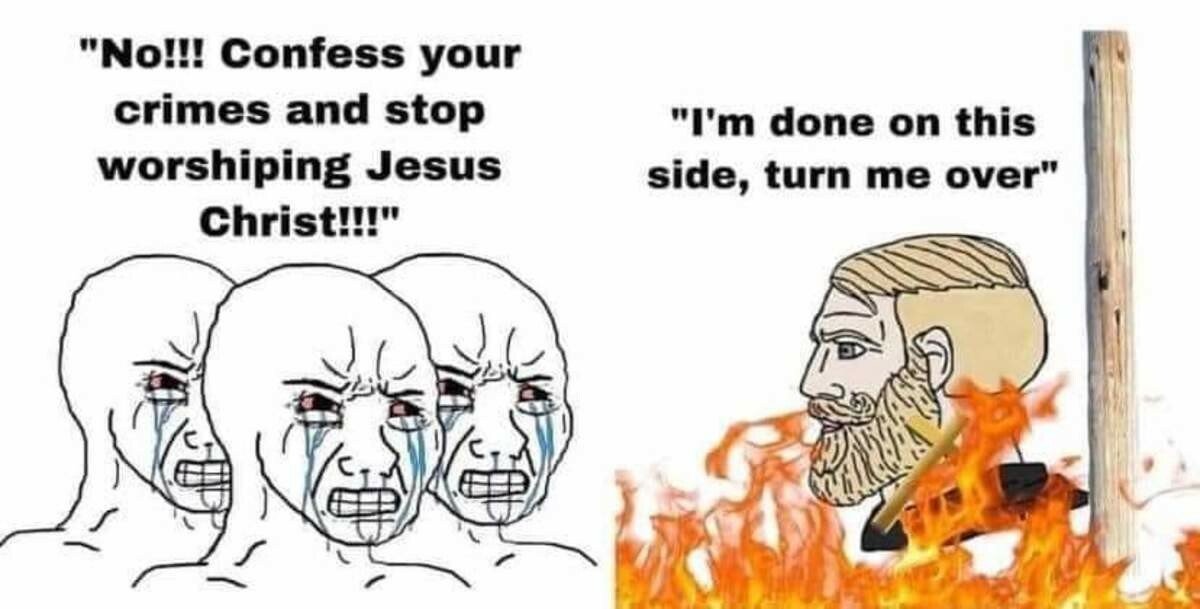 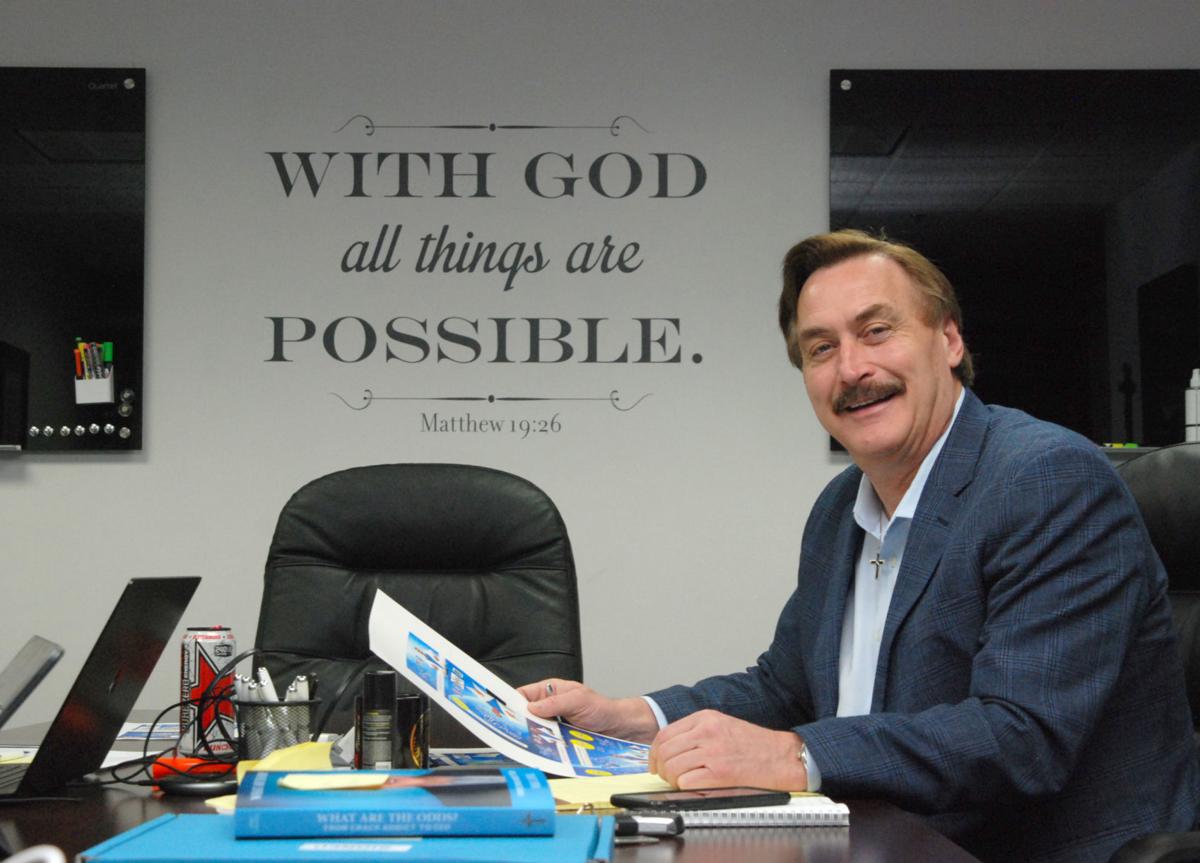