I see various forms of this question circulate in conservative digital media: "Why didn't President Trump fire Fauci?"  My question, which I have not seen answered is this: how?

What's the path or process to fire Fauci?  I ask while saying there may be a way to do so, but I have yet to hear one.  What is it?  From what I've seen, Fauci has no supervisor and no oversight.  How would President Trump have fired him?

Another point is in regards to lock-downs and mandates.  Fauci has absolutely no control or authority of that.  The decision to wreck our economy and attempt to enslave our citizens has been made by leftist and RINO governors and local government, and swamp creatures in D.C.  This is easily demonstrable with Governor DeSantis' actions.

Don't blame Fauci for mandates and lock-downs.  Blame your Governor, or those in D.C. hiding in the shadows, or local government.

Blame the media for doing Fauci's bidding by spreading lies and misinformation.  What authority does he have over the media?  I think we know, and more of that is being exposed, like the two CNN pedos busted recently.

Blame those who are listening to Fauci's insanity as if they were orders.  Fauci is keeping the heat off the other bad people while you focus your anger at him.  Figure out who the players around him are.

To the question if President Trump should have fired Fauci, I'd say yes if I can be shown that was a possibility, but then again, maybe not.

Unless you pay attention to medical-related news, you had no idea who Fauci is.  Do you think Fauci wants to be front and center to the world right now trying to navigate the mess he made and virus he's responsible for helping create?  I doubt it.  His worst day was when President Trump appointed him to the task force.

Do you think he wants his emails exposed, or his cruelty to dogs to be known?  Does he want to be in front of congressional hearings putting himself on the business-end of Senator Paul's highlight reels?

Like any deep-state swamp creature, Fauci wants to be in the shadows.  Instead, what did President Trump do?  He grabbed him by the scruff of his scrawny neck and put him in front of the cameras in front of the world to deal with his own mess.  Now we have FOIAs, old videos, relationships with other sub-humans like Bill Gates, and information that was never supposed to see the light of day.

I like that approach better, especially in retrospect with all we now know that we likely wouldn't have had Fauci somehow been fired.

If you took Fauci out of the loop, what changes?  Would states suddenly say "Oh, well that's done.  Everybody go back to the way it was a few years ago!"  Of course not; they'd be taking their orders from the next psychopath placed in that spot.

We want Fauci arrested, but on what charges?  Just grabbing our torches and pitchforks and calling for his arrest makes us feel better, but specifically, what crimes can we attach to an indictment?

The perjury charges are obvious, but beyond that, we need the crimes; specifically, what laws where broken?  I'm good for throwing him out of a helicopter just for the dogs alone, but the difference between us normal, serious people and libtard NPCs is we can actually name the crimes and specific laws broken before we call for someone's arrest.

Fauci has long been the butt of jokes by medical professionals and scientists for decades.  For example, here's a snippet of an interview with Dr. Kary Mullins (who died in 2019), inventor of PCR, telling us how smart and talented Fauci is:

It sounds like Fauci doesn't have the medical expertise to apply a band-aid to a booboo.  This interview was from 1996, and the context was about HIV, where there's disagreement about virus originating from sex with monkeys.  Cenk Uygur jokes aside,  Fauci has been playing Dr. Mengele for decades, and because President Trump dragged him into the sunlight, all his past evil is being exposed.

President Trump has been clear from day one that there should be no jab mandates.  He promoted HCQ and other treatments, and pushed for states to re-open.  Hanging the jab mandates on President Trump is beyond stupid and it's pushed by the anti-Kushner wing of the MAGA grifters.

The push for alternative treatments was bad for the enemy, but pushing for the Defense Production Act (DPA) to manufacture vaccines was even worse.  This play to vaccinate the planet was supposed to take a few years.

President Trump completely threw a monkey wrench into their plans and timeline, and we're seeing the results of that with jab deaths, open Florida being just fine, multiple jabs that make the people continuously taking them look stupid, school board backlash, the mask idiocy, and recently the walk-backs regarding over-representation of COVID-related deaths, e.g. the car crash victim who had the CCP virus.

What's happening in Austria, Australia, and other communist-controlled regimes are desperation, not results of methodical planning and execution.  Twitter banning Dr. Malone and him going on Rogan to amplify his information beyond anything Twitter could do was not planned.  They are on the retreat because they never had a chance to fortify because President Trump wrecked their schedule.

If President Trump fired Fauci, there'd be a lesser-known evil to take his place, and we'd be entering year two of all-out communist lock-downs without any knowledge of how we ended up there.  The enemy never anticipated Fauci being the public face, President Trump's DPA push, and push for alternative treatments.

Don't make the assumption that firing Fauci would have been a solution, and that we'd be in a better situation than we are now.  Trump made moves that were unexpected, and didn't do things that were expected.  I appreciate that decision making, especially against the most evil and powerful forces on the planet. 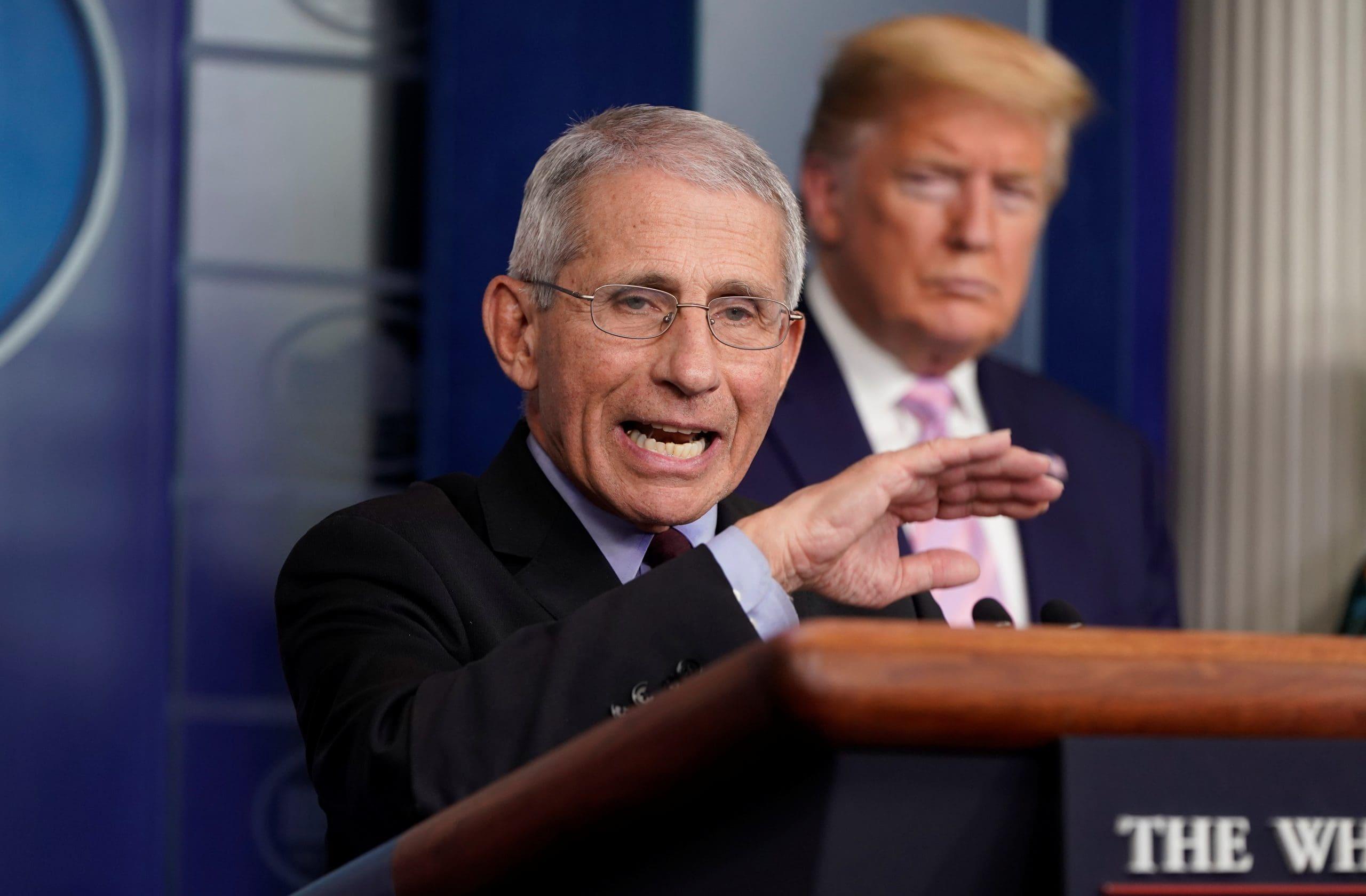