The anti-Trump machine is shifting gears.  Bill Kristol’s son-in-law, Michael Continetti, attempted to paint the picture that Trump is in trouble for November in an article in the Free Beacon.  It’s a ridiculous narrative, and expected, but one that lacks any validity

He first tries to push the illusion that things aren’t going his way by using the canceled SpaceX launch (which successfully launched the following weather-permitting Saturday) as an omen of things going wrong for the President.  There’s an odor of desperation in this point.

Continetti tries to go right for the jugular regarding the economy:

The coronavirus has left President Trump without his signature issue (the economy) and without his preferred venue (the tentpole rally). The bump in his approval rating as Americans rallied around the flag at the outset of the crisis is gone.

He assumes the economy won’t recover, and certainly won’t recover by the election.  The anti-Trumpers are desperate for a failing economy, and don’t understand that the people already had a taste, and know it will bounce back fast.  Consumer confidence is high, the housing market is strong, and unemployment claims are dropping as states re-open.  The reality is we’re about to experience the biggest boom in history.

Assessments of Trump's performance during the pandemic look a lot like his approval rating overall: polarized by party, and upside down. He continues to trail Joe Biden in both national and swing state polls. The margins are narrow, but they are also consistent. President Trump has not been ahead in any live interview national poll conducted this year.

Polling continues to prove to be anti-Trump fool’s gold.  Nobody believes that Biden is polling higher than Trump.  Literally nobody.

I don’t understand why Continetti doesn’t think people understand that the economy took a hit because of a virus that affected the entire planet.  It’s a point leftists try to use against the President, that the numbers are the numbers, and the people don’t factor in COVID-19.  The dip in the economy is because of the virus event, and everyone knows that.

Continetti makes another ridiculous and irrelevant point while relying on statistics about past elections, and how many won re-election who won their first by only winning the electoral vote.  The irrelevance of this is obvious.

The next paragraph continues with the author’s continuance of meaningless, inaccurate polls.  There's no way to combat the fact that President Trump has incredible accomplishments under his belt, so spinning polls is all they have.

Right now, though, Republicans have every reason to be worried about November.

We have no reason to be worried about November.  A second economic boom is underway, the virus was defeated and the President left us in a more prepared situation for another bio-attack, and AntiFa is about to be disassembled.  Durham is in the last leg of his investigation, the people see what the Obama administration did to Michael Flynn, and we just launched an American-made rocket to the space station, ending Obama’s attack on American excellence.  Oh, and on top of everything else President Trump has accomplished.

Everything the leftists try to do to our country blows back on them and the American people will show no mercy in November.  Anything less is a never-Trumper's wet dream. 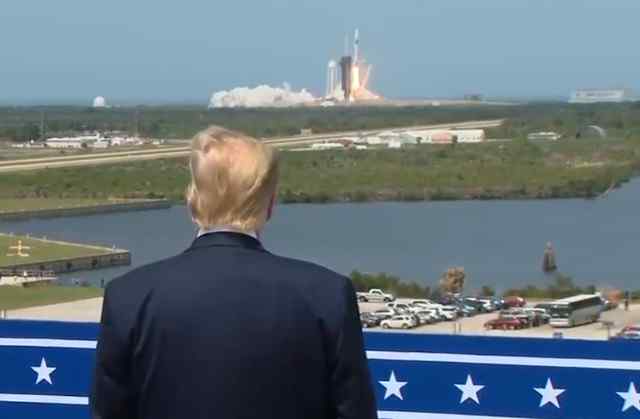