I don't even know where to start with Parler.  They re-launched on a new hosting provider, and rolled out a new branding that is even more ridiculous than their previous.  I almost feel sorry for Bongino.

Check out their latest logo.  It's the stupidest thing I've ever seen.  Andrew Torba is right, it looks like a Maxi Pad.  I figured they'd come up with a better concept, but they decided to make it worse.  You'd think with the backing of a billionaire, they'd come up with something halfway decent?

What in the hell is that?

Why is Bongino not the CEO?  It seems to me that he'd be the logical choice.  He's passionate as hell and cares about the project, which is very important for this type of venture, and he has his own money dumped into it.  I honestly think he'd be a great leader for the company, or as good as one could be under the thumb of the Mercers.

Would Parler still be a security nightmare and a joke of a user interface with Bongino in the driver's seat?  Yes.  I don't think Bongino would be able to get them over that hump because it's just not in his wheelhouse, but again, nobody could without total control of the company.  I also believe air-tight security would work against the real purpose of Parler. 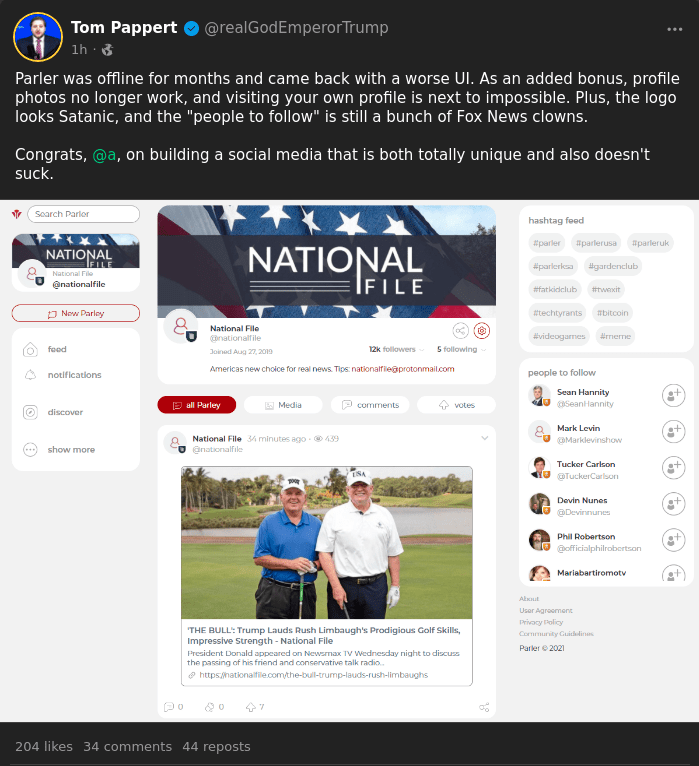 I agree with Pappert.  I logged in and laughed at how much of a joke it is.  It's as if they're trying to fail.

How do I know Parler is going to fail again?  The same way I knew they'd fail the first time: they're not in control of their infrastructure.

If you're going to be in this social media business with a conservative user base at Parler's scale, you must own your infrastructure.  There's no way around it, otherwise, your entire business is at the mercy of your vendors.

I hoped Parler was going to move forward like a serious social media company and take control of their platform.  Instead, they repeated their original model by opting for dependence, yet again, on a provider who themselves are at the mercy of communists.

This new provider doesn't allow "hateful material" to flow through their system.  What is "hateful material"?  Who knows, it's undefined, but for a tech company based in California, it means anything pro-American.

Parler’s new hosting provider, SkySilk, has a blanket ban on all “hateful material” without specifying what that term exactly means.

“We specifically reserve the right to refuse to provide the Service to customers or End Users engaged in dissemination of material that may cause us to be subject to attacks on our network, or that while technically legal, run counter to our corporate principles,” SkySilk wrote in their terms of service.

So Parler, while advertising itself to be a free speech platform, will really be operating off and dependent on the “corporate principles” of a far-left tech company.

If SkySilk thinks they're going to just let a bunch of Trump fans post on their customer's platform without serious business-affecting intimidation, then they're going to get a rude awakening.

They'll crack the whip on Parler a few times, and Parler being Parler, they'll bend a knee and beg for forgiveness while sacrificing the offending poster.  They'll have no choice.  This will happen a few times, and it will be funny before it gets sad.  Ultimately, Parler will be deplatformed, yet again, or they will have neutered their TOS to the point where it will be less fun to post (even more than it is now).

Why will they not build out their own infrastructure like Gab did?  To me, this is telling because if you have the money, and you're serious about this project, you're going to have complete control of the platform.  Parler seems to have no desire for this, and opted, yet again, for dependence on a communist provider.  Who makes these decisions?

I don't like posting these articles about Parler.  I sort of feel like I'm attacking "our side", but I want them to succeed, mostly because I like Bongino.

It's also difficult for me because as a business owner who started, grew, and sold a tech company (back when it was hard), the incompetence I'm witnessing with these clowns is beyond my comprehension.  I promise you, these are amateurs.  I wish Bongino would cash out and launch his own platform.

Dan, ditch these losers and launch your own project!

Meanwhile at Gab, they're rolling out an audio service as an alternative to Podcasts, and a device for playing GabTV on your TV. 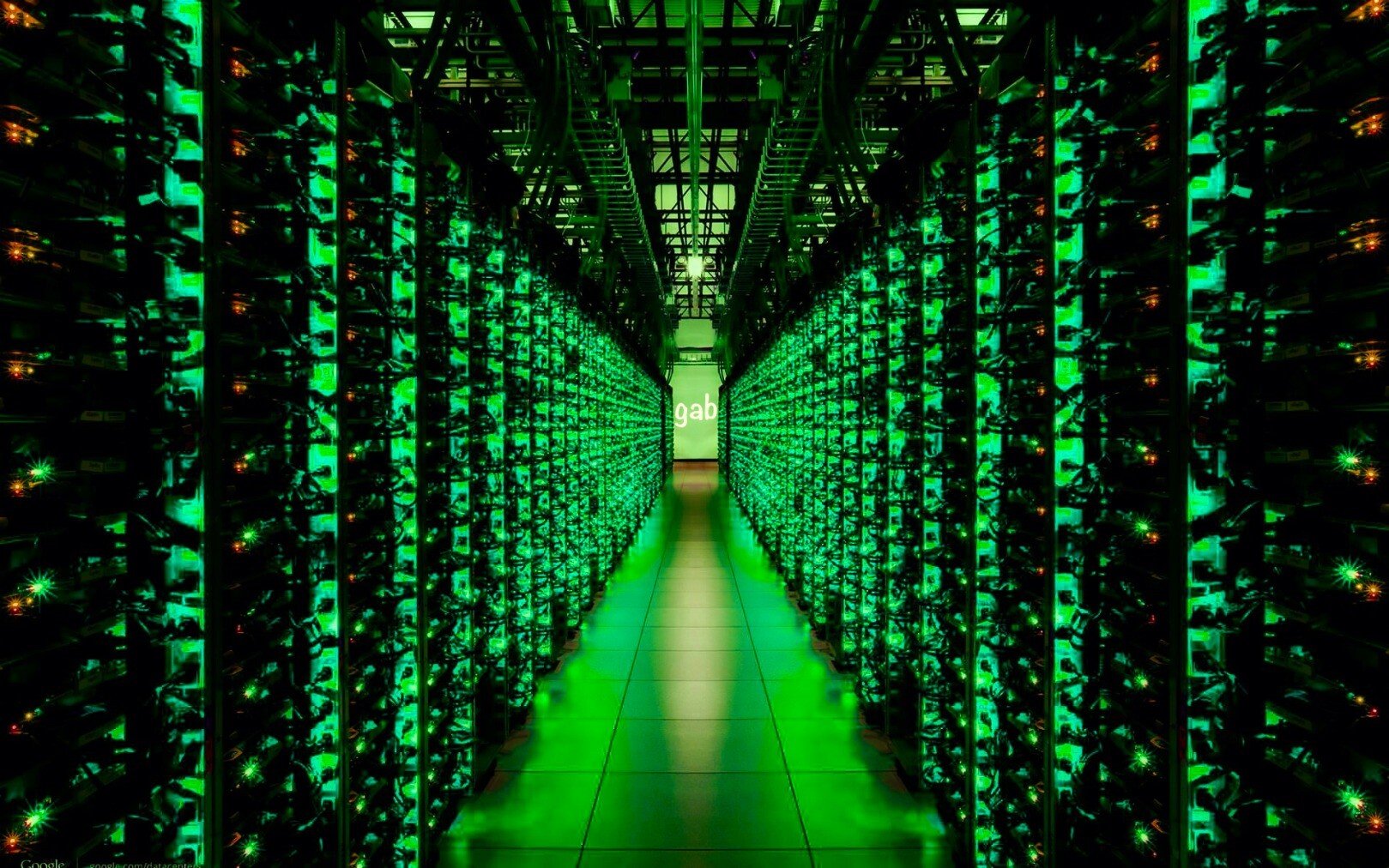