Sometimes God decides to provide us normal Americans with a bonanza of comedy generated from spectacular leftist fails.  Most people have heard of the Soros-funded AntiFa fiasco that is the “Capitol Hill Autonomous Zone” in Seattle, abbreviated as CHAZ, which appropriately makes me think of Chaz Bono.  This experiment has provided the rest of America with entertainment far better than we could find on TV.

The President has asked the Governor of Washington and Mayor of Seattle to take the city back from these losers.  Of course, the politicians love what’s happening and have no desire to do anything about it.  This has prompted the President to say he’ll send in the military if control and law and order are not restored.

Mr. President, I’m begging, PLEASE don’t save them!  This has been one of the most entertaining events to have taken place this year.

The pansies in this “self sustaining” area are running out of food.  They’re overrun with a “warlord” rapper named RAZ.  They’re begging for supplies, and being in Seattle, it’s been raining.

My favorite part of the entire fiasco is their attempt to self-sustain with something that resembles a garden.  One of my favorite ranters, Styxhexenhammer666 (who actually grows food) has the most hilarious smackdown on this magnificent fail:

What is it about communism that makes them unable to grow food and feed people?  They always end up having to cry out to the capitalists for help, not only for food, but other supplies.  Here's one of the lists to demonstrate the dire straits of this comedy fest: 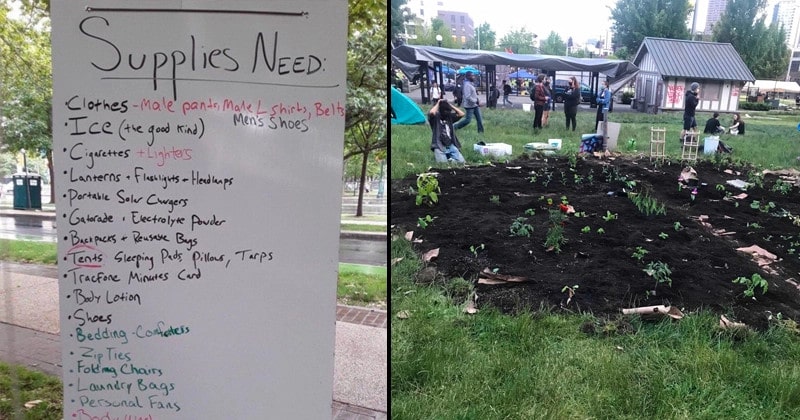 The obvious cherry on top of this bleeding irony is to secure the manufacturing facilities that produce these supplies, and the supply chains that bring them to market, law enforcement is required.

When you’re a self-disarming communist, what happens when old tweets are found that expose your armed dictator as someone who makes fun of gays?  Nothing.  You’ll do as your told, whitey, and obey your new master.

Speaking of, white people, you now have dues.  Find the nearest black person and give them $10.

Seattle was no Mayberry before the riots, but now it’s completely trashed.  What’s the obsession with spray paint?  Are they allergic to cleanliness?  This is a perfect example of why we don’t want them leaving their libtard utopias for our red states.  Does everything have to be visually unappealing and destroyed for them to feel better?

This is what’s been done to the Capitol Hill neighborhood in Seattle by those in the “autonomous zone.” #antifa #BlackLivesMatter #CapitalHillAutonomousZone pic.twitter.com/rScE82WxFK

We have to find a way to live-stream this insanity when the drugs begin to wear off.  Cut off the power and water, and prevent supplies from entering CHAZ (which might be happening anyway), not to end it, but to force the comedy to the edge.  The troll-master anons on the chans need to organize a way to air-drop Trump-branded supplies into CHAZ.  That would be truly epic.

The crimes in CHAZ are off the hook.  Emergency personnel can’t respond to the rapes and other crimes ongoing in this third-world crap hole.  To that point, what’s a crime, really?  If your personal property was stolen, it wasn’t “stolen”; it was an “unplanned donation”:

Do you like to preach the gospel on a public sidewalk?  Great, but don’t do it in CHAZ.  You’ll be physically assaulted by AntiFa.

“The Antifa-controlled ‘Capitol Hill Autonomous Zone’ in Seattle has resorted to violence against unwanted immigrants.” https://t.co/YjNeWbvMZ4

Who's the guy taking down the street preacher?  None other than an AntiFa leader, outed by Andy Ngo:

“The only time we are heard is when we burn s— down. And if white America doesn’t want to get it right they are going to see more burning...”

This is Luis Marquez, the antifa militant leader from Portland. But media will tell you there are no antifa here pic.twitter.com/i6UczgHcmB

I know innocent people in CHAZ want intervention, but I selfishly want it to continue.  In no universe would this happen in a red state suburb, or a blue state where you don’t have to fear going to prison for using deadly force to protect your life.  All of this insanity is allowed to happen because communists were installed as judges, prosecutors, police chiefs, and mayors, among others, preventing innocent people from solving this problem once and for all.

Unfortunately, I think this will end sooner than later, especially as the Feds roll up the criminals who partook in this chaos.  Obviously, all of this insanity helps President Trump in November.  The Marxists know this, hence why this is clearly a desperation move.  Ultimately, I think he’ll take 48 states, including California.

In conclusion, and on a somewhat related topic, I’m being asked about the recent Atlanta (my hometown) incident, and if there’s a powder-keg situation there.  The city of Atlanta itself is small (about 500k people), and its metropolitan size is made up of gun-owning suburbs.

I can’t imagine a lengthy riot situation kicking off, but if it did heat up, criminals living in Atlanta know their last day would be the one where they attempt to infiltrate the suburbs or rural areas.  If I had to guess, from my experience, I’d say 70% to 80% of homes own guns.

We don’t have fear of going to prison if we use deadly force to defend our homes and stand our ground.  This isn’t in any dispute by anyone living in Georgia.  This is something I don’t think blue states really understand about the rest of the country.  AntiFa and BLM are jokes, and we have no fear of them.  They’re a mild annoyance that needs to be dealt with so us normal people can conduct business within the city.

The worse we’d encounter are rioters blocking traffic, but bad traffic is a Tuesday in Atlanta.  Regarding race in general, whites and blacks get along in the south much better than seemingly elsewhere.

With that said, like most of the AntiFa and BLM destruction, it looks like it was started by someone who’s skin is as white as Christmas snow. 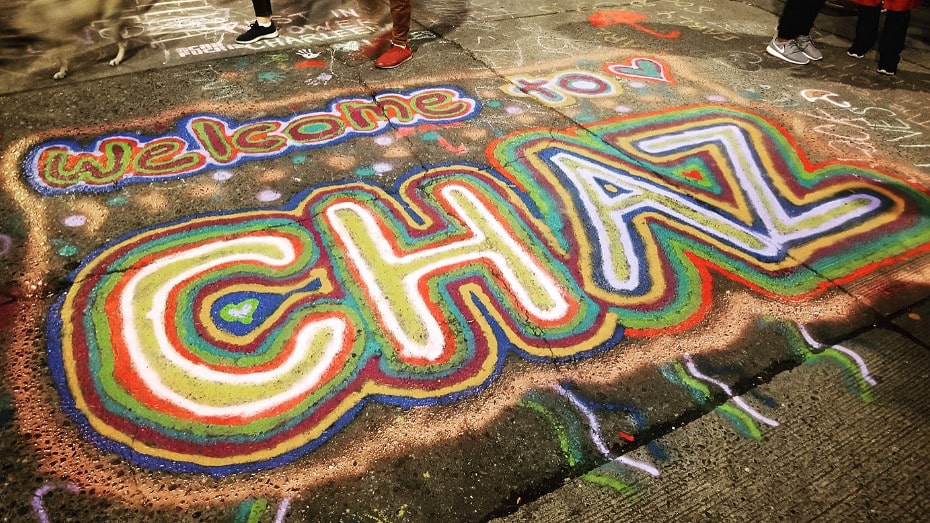