In the President’s speech to the Farm Bureau Federation Annual Convention and Trade Show in Austin, Texas on Sunday, he left zero doubt as to why his approval from farmers is 83%.  In his speech, he highlighted a list of accomplishments that paint a very clear picture of the turnaround of our farming industry.

We compiled his mind-blowing list of key farm points mentioned during the speech (he also made more on the economy, some manufacturing):

Incredible.  It's going to be fun to watch Bernie Sanders and Elizabeth Warren campaign in farm country and try to convince them how crappy Trump has made things.  I doubt Mike Bloomberg has ever seen a farm.  (I almost made a Pete Buttigieg/cornfield joke, but I passed).

President Trump's love for this country is invigorating. 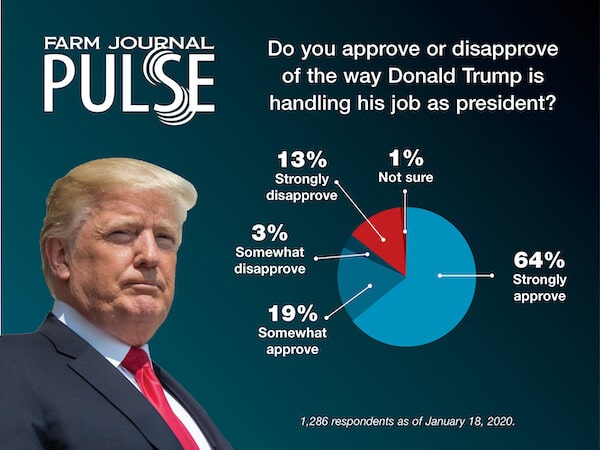