Liberals are to Blame for the Oroville Dam Catastrophe 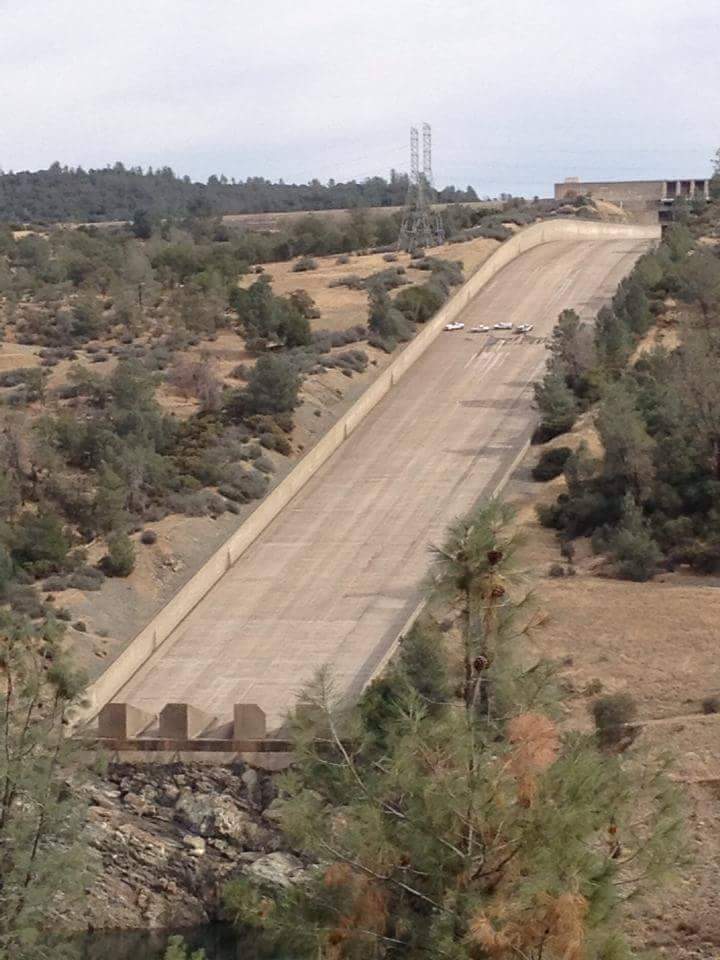 Right now, there is a major story in my hometown of Sacramento regarding the Oroville Dam.  If anyone wants to see controlled panic, this is a perfect example of California's Marxist politics and its byproduct of ignoring infrastructure.  Oroville Dam was built in the 1960s, making it the last dam built in California, making it relatively new by standards in the US as well. 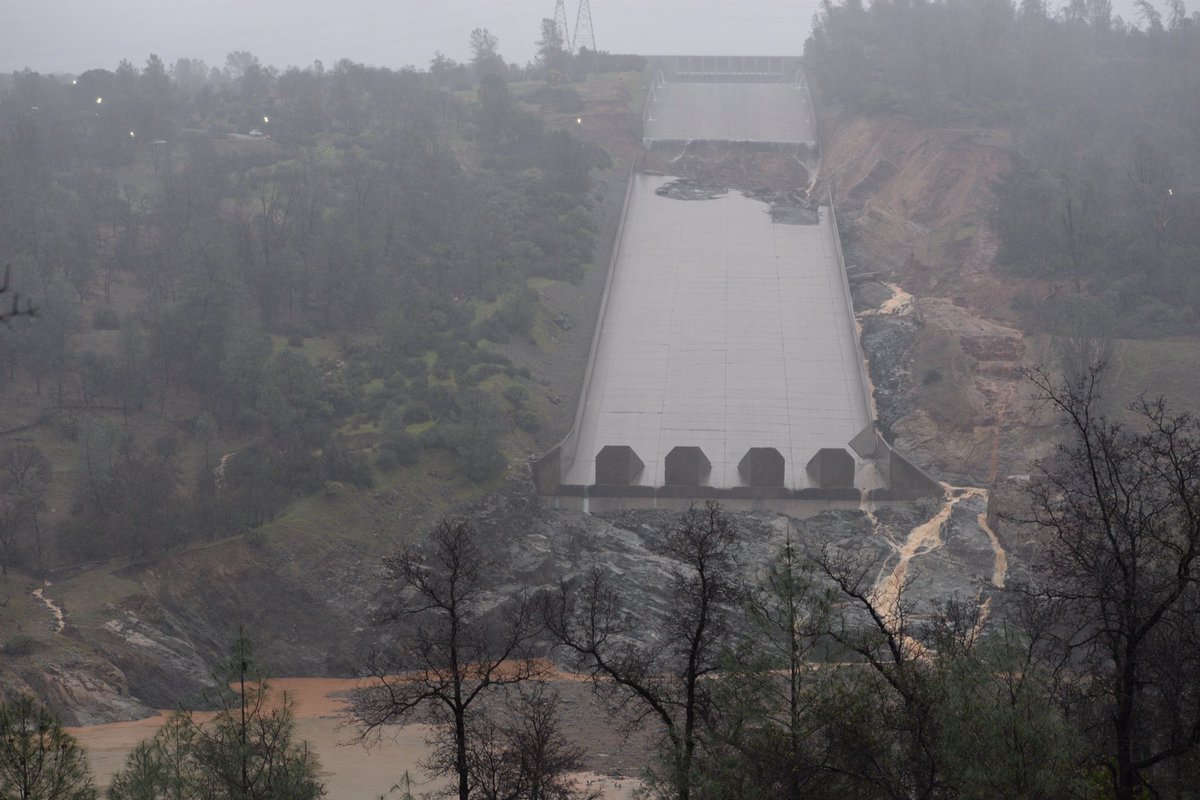 With all the rains and snow we've been having, normal for California cyclical standards, the state has yet to improve our 100-year-old flood control system.  From weirs (weir, a controlled breach in the river) to storage, the system has been an ongoing project, or rather band-aid effect every time the government gets caught sucking off the leftist legislature rather than doing what it's tasked with.

So here's the problem: over the last two weeks, the state has charged the California Department of Water Resources with the job of CYA for the Governor, the very guy that's been fighting the Right over fixing our decaying waterways.  It all started when more water was coming in than the system could handle, so the weirs were opened, which is nothing more than a controlled breach in the Sacramento River levee that releases flood water into farmland in Yolo County, killing millions upon millions of tiny animals.  The weir is located roughly halfway between Oroville and the Bay Delta, the place where libs fight to protect an invasive species known as the Delta Smelt.

But getting back to the dam, more water has been entering than being released, and if one is to believe the state, everything is coming up roses, despite the fact the reservoir was essentially at max, with a 10% flood buffer.  The time came when they had to start using the emergency spillways, and as you'll note in the pics, they knew it was a problem four years ago and did nothing about it.

Oh, and that 10% buffer? That disappeared in 24 hours, and during this time, the spillway was coming apart at the seams, but none of that really mattered, because now the dam is at maximum capacity and going over the flood stage, meaning they have completely lost control of the river system below.

Check out the pictures so you can get a sense of what controlled panic looks like because at this point it's in God's hands.  If I seem gleeful over the ensuing catastrophe, well, that's because these people were stupid enough to keep voting these Marxists back in power year after year as they fought to protect a faux ecosystem in the Delta. Yes, the Delta is a phony ecosystem and the left supports it by releasing 70% of the state's fresh water into the bay every year to keep this so-called ecosystem alive; a system that every winter became an inland sea, and every summer, a dry mudflat.

Whatever happens to the people of the valley, the livelihoods and property loss is a direct result of leftists.

Oh, and one other point. Ask yourself why the reservoir system was at near capacity, why weren't they being kept between 40 and 70% of maximum capacity for flood protection, as they were designed for?
Answer... The left is more concerned about creating the illusion that the state doesn't need more storage, instead, they want to place the blame on the people, they want to claim farmers and people waste water, despite the fact the state wastes 70% of our state's fresh water to float a false ecosystem in the Bay area.

About the author: Born in West Sacramento, raised in Sacramento proper, decided to take his chances against mother nature in the Sierra Nevada mountains, over the lunacy of liberalism in the valley 30 years ago. 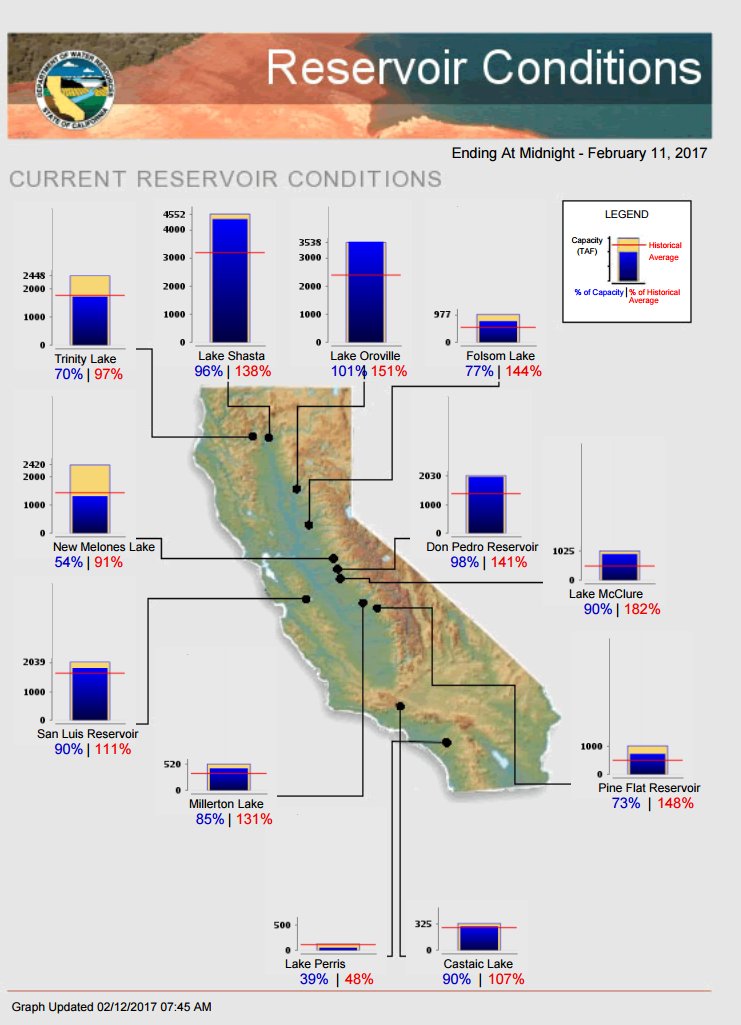