Let’s straighten out the terminology - “Liberal” must go

In 1960, Jack Kennedy ran for president. Pundits everywhere hailed him as a new voice, someone who could speak for a new generation. He was young and  handsome, a war hero and the scion of the famous Kennedy family of Massachusetts. His wife Jacqueline was demure, elegant, and fashionable. Together, they were Camelot. 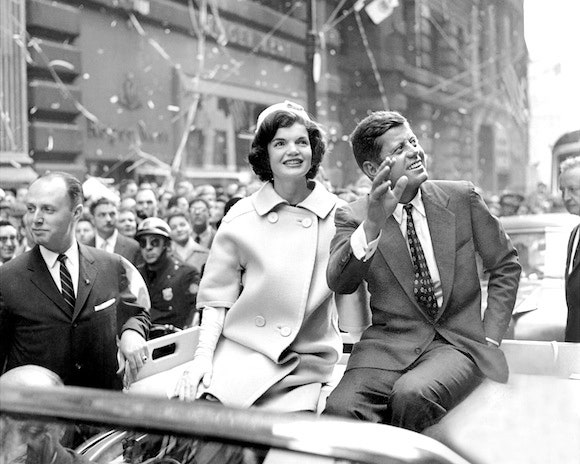 Politically, the opinion writers agreed. Kennedy was  a “liberal Democrat.” After 15 years of pragmatic but somewhat boring post-atomic leadership from Harry Truman and especially Dwight Eisenhower, Kennedy was just what the country needed, we were told. And the folks, mostly Democrats, who wrote the news relentlessly pilloried his “ultra-conservative” opponent, Vice President Richard Nixon.

1960’s national election may very well be the first presidential contest swayed by the media, though most in that profession did not realize it for years afterward. It was also the first modern presidential election almost certainly stolen by means of Democrat vote fraud, but that’s another story.

Fast-forward to 2022. That singular adjective, that pleasant, solid modifier ‘liberal’ is still in wide use. In most applications, it is employed to describe someone, or some policy, on the political left. Its classic live-and-let-live connotation is used to lend legitimacy and a kindly disposition primarily to the Democrat Party. Famous liberals are fine fellows like Adlai Stevenson and Hubert Humphrey and Harry Truman.

The late Rush Limbaugh in particular spent most of his incredibly influential 30+ years on nationally syndicated radio railing against the machinations of what he almost invariably called liberals, by which he meant leftists and Democrats in general. At one point his broadcast criticisms gave rise to the pejorative “L-word,” which, like the ridiculous “n-word,” was used to conjure up a term so revolting it must not be spoken.

Is there really anything truly liberal about the American political left? Does the word retain even a shred of its original, traditional meaning when used to describe today’s Democrats?

What does 'liberal' even mean?

[L]iberalism, [a] political doctrine that takes protecting and enhancing the freedom of the individual to be the central problem of politics. Liberals typically believe that government is necessary to protect individuals from being harmed by others, but they also recognize that government itself can pose a threat to liberty.

As the revolutionary American pamphleteer Thomas Paine expressed it in Common Sense (1776), government is at best “a necessary evil.” Laws, judges, and police are needed to secure the individual’s life and liberty, but their coercive power may also be turned against him. The problem, then, is to devise a system that gives government the power necessary to protect individuals but also prevents those who govern from abusing that power.

Based on nothing else but these paragraphs, it would appear that our founders were, one and all, liberals, or at least liberal in their thinking. And they were, in the parlance of the day. They were indeed classic liberals with classically liberal notions; their papers and even the American founding documents are studies in classic political liberality.

Let's take a look by pulling these defining paragraphs apart.

First, are today's Democrats dedicated to “protecting and enhancing the freedom of the individual?”

Jack Phillips, a man who owns a bakery and decorates cakes for a living in Colorado would not say so. For nearly ten years, Phillips has been fighting the administrative behemoth of Colorado state government in an effort to protect his own freedom of religious choice, a liberty described and enshrined in the First Amendment to the US Constitution. That liberty is further elucidated in Article II, Section 4 of the Colorado state constitution, which says:

Religious freedom. The free exercise and enjoyment of religious profession and worship, without discrimination, shall forever hereafter be guaranteed; and no person shall be denied any civil or political right, privilege or capacity, on account of his opinions concerning religion.

The people serving on the Colorado Civil Rights Commission – so-called liberal Democrats all, filling seats on a commission created and named by so-called liberal Democrats – have kept Phillips entangled in the state's courts for nearly a decade. They have degraded him personally and his business, caused his staff to abandon him, and siphoned off every profit he could manage to maintain his legal defense. They have slandered Phillips for his position and even for his religion. Phillips' only “offense” was to decline to use his God-given talents to create a custom “wedding cake” for a gay couple.

This is not an isolated instance. A pizza shop in Indiana; a county clerk in Kentucky;  dozens of other Americans and American establishments and groups from coast to coast have undergone a hell like the one cast upon Jack Phillips. These cases are considered by the political left to be the pinnacle of their purpose, the leading edge of what they deem to be progress.

But does it fit the definition of liberal?

Second, do today's Democrats profess that “government is necessary to protect individuals from being harmed by others?”

Residents of a dozen or more cities across the nation would say otherwise after the violent riots, arsons, insurrections, lootings, and random crimes committed over the past two years by “peaceful demonstrators” who vote the straight Democrat ticket. Those residents can't help but notice that not a single prominent Democrat – even now – has stepped forward to condemn the wanton destruction of wide swaths of American cities. Those residents can't help but acknowledge that the catastrophes the engulfed their cities were enabled by mayors and city councils made up wholly of Democrats who at best failed to maintain law and order, and at worst openly abetted the crimes.

In the wake of a largely fabricated 'pandemic,' the national government of the United States, through its Centers for Disease Control and Prevention (CDC), dictated in 2019 that property owners could no longer evict tenants merely because they hadn't paid the rent they had agreed by contract to pay. That shameless and grossly illegal intrusion into private affairs has continued to this day, and some landlords – people who have committed no crimes and offended absolutely no one – have suffered losses totaling $80,000 and more. The CDC, like the Colorado Civil Rights Commission, is a creature of unelected administrative government, and is populated almost exclusively by Democrats.

Does any of this sound liberal?

Third, do today's Democrats recognize that “government itself can pose a threat to liberty?

It is a truly blind, deaf, and dumb – and thoroughly unenlightened – American who does not realize that the predominant threat to the liberties of the citizens of the United States today is government. In fact, other than rare kidnappings, there are no instances in modern American history when government has not been the culprit in cases where liberty has been unjustly taken.

Can any sort of government be trusted to be truly, classically liberal?

Fourth, do today's Democrats truly believe that “government is at best a 'necessary evil?'”

Far from that classic liberal position, today's Democrats believe that government is never an evil, but instead actually necessary at every point, every turning, every decision, every aspect, every feature of life. Democrats have established a welfare state in the US, the size and scope of which vastly outstrips anything else in human history. Modern Democrats have structured FDR's New Deal, LBJ's Great Society, and the Hopey-Changey Green New Deal mish-mash that current Democrats are trying to sell to weary taxpayers.  All of these are textbook examples of government run amok, becoming the most influential and intrusive element of everyday life.

I am depressed to report that I could literally write thirty more paragraphs just like the previous one, all detailing how some part of the administrative, Democrat-populated government is endeavoring every day and in every way to dominate and dictate every single thing Americans do every day.

How does this fit with the definition of the word 'liberal?'

Fifth, are today's Democrats working to “secure the individual's life and liberty?”

Here is where the exact opposite is happening. Democrats are taking widespread action to deny the lives and liberties of millions of Americans.

Democrats have worked in concert since 2016 to undermine, de-legitimize, and destroy the administration of the duly elected president of the United States. They have committed a wide array of crimes in doing so, including systematic vote fraud.

Democrats are currently wholly engaged in an attempt to use false data collecting during a manufactured 'pandemic' to deny millions of Americans their right to congregate, worship, travel, even eat in restaurants or walk along a street.

Democrats have a richly deserved history and reputation for working relentlessly to remove the rights of American citizens to own, bear, and use firearms.

Democrats, members of the traditional home of slavery, Jim Crow, and other segregationist and racist institutions, are currently working to once again segregate Americans by race. Each facet of these efforts involves the willful denial of the rights of “unfavored,” primarily white and male Americans.

Are post-Civil War Democrats worthy in any way of the description 'liberal?'

Sixth, do today's Democrats espouse a platform that “prevents those who govern from abusing that power?”

The abuse of power by those who govern is the central theme of the modern Democrat Party. Far from preventing that abuse, Democrats encourage and even celebrate it.

“Court packing” may be one of the most heinous of all contemplated crimes. It is a proposal to cram the Supreme Court of the United States with new justices chosen to outweigh the current majority. The idea is today something of a sensation in certain Democrat circles, thoroughly perturbed that the court's mix is now somewhat in favor of conservatives. Four new justices, they believe, all carefully chosen by a Democrat president and confirmed by a razor-thin Democrat preponderance in the Senate, would make the needed difference.

Court packing is an inconceivably destructive concept, as even the lightest consideration will reveal. But it is not a novel idea by any means. Its first proponent was Franklin Roosevelt, whose New Deal programs had taken a justified beating before the court during his first term as president. In simple terms, FDR proposed to expand the size of the court by six seats, for a total of fifteen justices. Of course, the Constitution grants the president the opportunity to appoint Supreme Court justices, and his appointments are confirmed by the US Senate, which at that time was (of course) firmly controlled by Democrats. In other words, Roosevelt was seeking to circumvent the Constitution and the will of the people, as expressed to date, and fashion his own “custom made” judicial branch.

Does this sound like preventing those who govern from abusing that power?

Let's be frank. John Fitzgerald Kennedy would have no place in today's Democrat Party. His rhetoric, his policies, his style, his respect for the office – none of these can be made to fit with Democrats any more. In fact, Kennedy would have the devil's own time finding a place in today's GOP. Most of that once-great institution has moved well to the left of where JFK stood on almost every issue.

Simple facts are usually obvious. Jack Kennedy could honestly represent liberalism in its true ideation. Today's Democrats are not liberals in any serious sense of the word. They are 'liberals' only in the vernacular of a sycophantic press and a tech media world led by morally and intellectually unmoored post-hippie billionaires. Instead of earning the rich heritage of true liberal thought, today's Democrats have turned an irreparably tarnished brand into exactly what Rush told us: the “L-word.”

It is so evil that it must not be said. 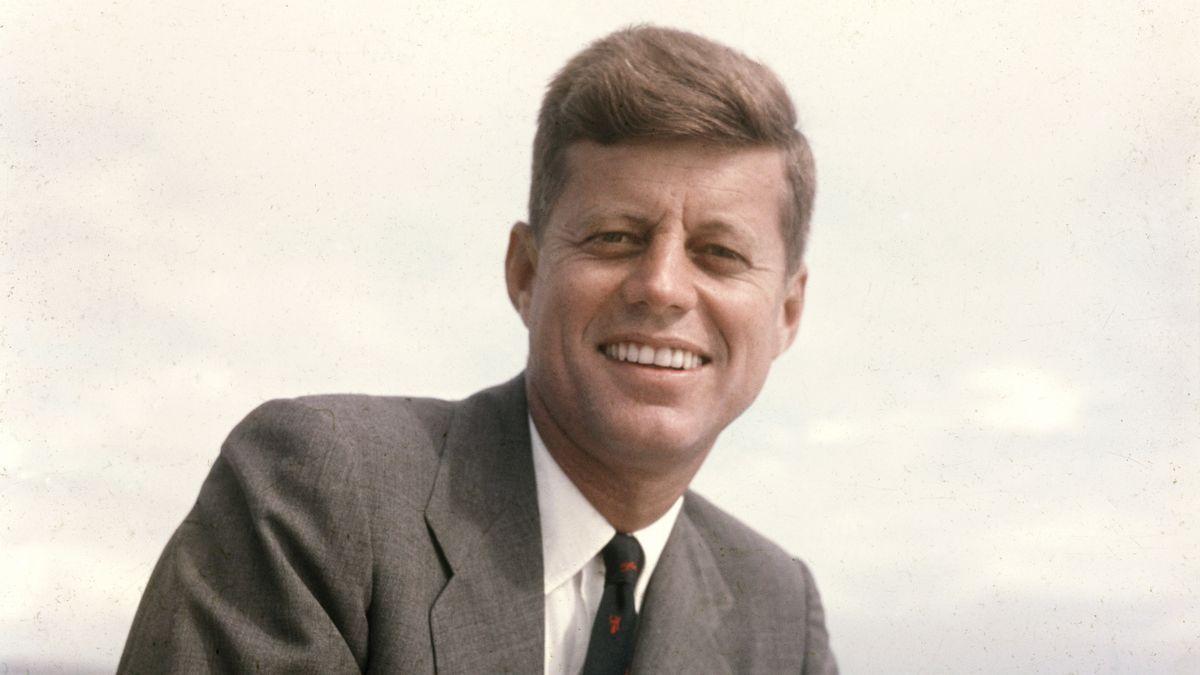