What’s the big story over the past few days?  The Bidens, Ukraine, and CrowdStrike.  If you follow independent journalists and researchers, this is old news.

Major stories covered up by the corrupt media organizations for years and ridiculed as “conspiracy theory” are becoming dinner table topics.  Because of independent media, these stories are “pre-packaged” and ready to be picked up by the large digital publications.

The old news paradigm consisted of the three major networks, local affiliates, cable news, radio, newspapers and publications.  You couldn’t really believe something unless Walter Cronkite or some reporter with a nice hair told you it was so, or you read it in the paper.  Those days are gone.

As newspapers and magazines were dying and consolidated, and the internet provided the infrastructure for digital media, the traditional media outlets morphed into corrupt news propaganda outlets.  They’ve become platforms for intelligence agencies and Marxist organizations, like the Democrat Party. 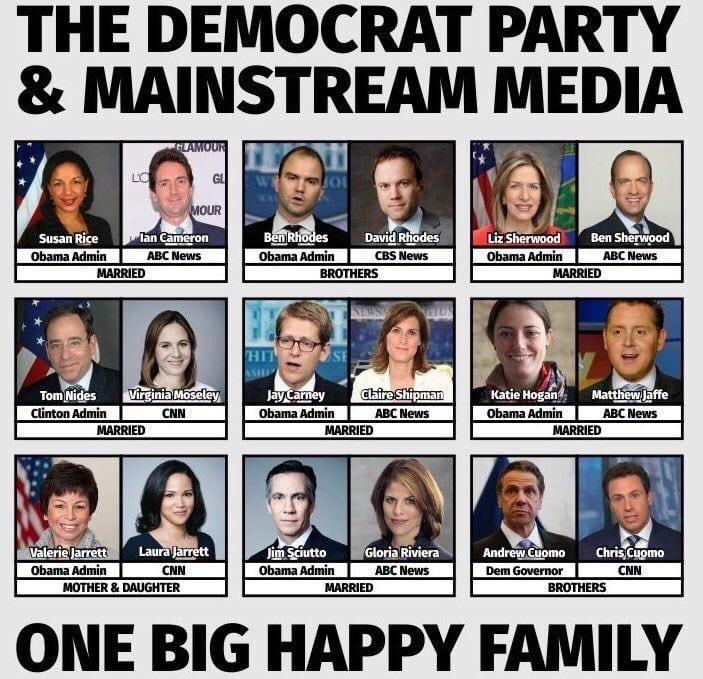 Independent media, however, is where news is discovered, collaborated, verified, analyzed, packaged, and distributed.  I believe there’s four tiers to today’s news paradigm.

The foundation of the news world are the independent, anonymous researchers.  These diggers mine for information and tie together seemingly unrelated news items of various timelines from various sources.  Conceptually they dig for puzzle pieces that fit into bigger stories.  This is what journalists used to do before they became propaganda parrots.

Unlike the propaganda parrots who are funneled directly through the academia-to-fake-news pipeline, diggers have life experience and knowledge from a vast spectrum of skill sets they use for collaboration.  They’re real people.  This collaboration of digging and research is successful for real news the same way collaboration of open-source software is successful for the software world; people from around the planet contribute and collaborate on shared projects, each with their own expertise and skill sets.  Some are aviation experts, some doctors, attorneys, engineers, and whatever other skills someone can have.

A famous example that highlights the success of this collaboration is with the lunatic Shia LaBeouf.  After President Trump was elected, LaBeouf set up a white flag on a pole and live-streamed it 24x7.  The background of the flag was the sky.  The anons found the flag, took it down, and raised a MAGA hat in its place.  It was an amazing feat.

The diggers mine and package data into more polished puzzle pieces available for consumption.  The level above the diggers are the independent journalists.

Indies are more consumer-facing and have platforms to distribute news stories they may wrap in analysis, opinion, or linked with more research and news.  There’s overlap where many of the indies are also diggers, but they’re in a different category because they have a consumer base; indies have well-trafficked websites or social media with large followings.  It's where I get most of my news.

Examples of indies are Fellowship Of The Minds, Corey Lynn, and The Markets Work.  These sites are truly independent and have complete control of their platforms.  They can post whatever content their hearts desire, and this independence enables them to go beyond the bounds of what typical main-stream outlets and larger digital media outlets would allow.  This is the level where real news and information is distributed.

The level above the indies are the large digital media outlets.

These outlets have massive consumer bases.  Digital media outlets are organizations like Breitbart, The Epoch Times (who I think is the best), and PJ Media.  Marxist digital outlets are like Huffington Post, Media Matters, and Politico.  Some outlets have true organic readership while others buy views (traffic assignment), but overall, right-leaning outlets are growing while leftist outlets are going under.

Some digital media outlets have a staff of actual journalists and reporters, like Chuck Ross at Daily Caller, or John Solomon at The Hill.  None of them are independent and can only publish what their bosses or backers allow, hence the flood of "orange man bad" and "arrest climate deniers" by the Marxist-controlled outlets.

Reporters and journalists at the serious digital outlets have the credibility to contact sources like someone high up in the Department of Justice or a Senator, and can be contributors (sometimes good, sometimes bad) to the corrupt media organizations.  Sean Davis at the Federalist is an example of a great contributor on news shows.

The top tier are the corrupt media organizations of cable and television networks, but they really can’t be classified as “news organizations”.  These outlets literally crank out propaganda and bury real news, but occasionally do commit acts of journalism in their hard news divisions, available for the lower tiers.

Archived news stories by the corrupt media organizations are of value since they go back decades, but there will be a point when those news items are purged and only available through the archived services.

Until then, a mouse that drops from the ceiling gets exponentially more press attention than Hunter Biden or Joseph Misfud.

Imagine if Hunter Biden got this much attention from the press. https://t.co/549nyqGJOJ

Fake news reporters no longer provide value.  Jim Acosta rudely heckling the President doesn't provide any value for me.  All it does is turn me off to that news channel.  Reporters have been replaced by smartphones and journalist by normal Americans writing articles in their pajamas.

After I saw “CrowdStrike” in the Ukraine call transcripts it occurred to me that as more people ask questions, the information about CrowdStrike is pre-packaged and ready to be inserted into the news cycle by independent journalists and the larger digital media outlets. Previously the research would come in late after the story died down and then called "kooky conservative conspiracy theory".

Independent journalists aren’t perfect, and sometimes they get it wrong, but they’re far better with retractions and corrections than the corrupt media organizations who more often than not double down after their fake news is exposed.  The quality of independent news is exponentially superior and more trustworthy.  It also forces you to take more care into verifying and researching their sources instead of blindly accepting what the man with the nice hair tells you.

One final point, there’s far more loyalty with independent media.  With TV and radio, you listen to your shows because they happen to be on the radio when you’re driving home, or on TV when you get home from work and plop down on your couch.

With indies, us consumers search out and find our content creators.  I seek out and listen to Dan Bongino.  I search for Jeff Carlson’s articles.  If Carlson went to another publication, I'd follow him over there.  If Bongino went with another podcast network, I'd listen to him there.  When I used to watch fake news, I'd just watch who was on at the time.

Take Bill O’Reilly as an example.  He was the top cable news show for over a decade with millions of viewers.  He had the prime time spot and was king of the news.  When he was bounced from Fox, he started his YouTube show.  He currently has ~150k subscribers which isn't small by any means, but if you had O’Reilly’s cable news audience, it’s kind of sad.

When O'Reilly has to compete with other creators who don't have a monopoly on a time slot on a cable news channel, he gets his ass kicked.  If you give me the prime time slot on Fox News I’ll carry a few million viewers.  With independent media, it's about talent and the content you provide.

If you consume most of your news from cable news and the networks, you likely have no idea what is happening in the world.  You probably think Trump is about to get impeached, and that we're heading for a recession.  Anyone who follows independent, real news knows better.

Independents are the news now, and if the major corrupt organizations ever get to a point where they have to care about ratings and making money, they'll die faster than a Clinton Foundation witness.