Back in October of 2017, the President dropped this nugget to the press before a dinner with Military leaders:

The “calm before the storm”.  Interesting.  He’s then asked “what’s the storm, sir?”, and his response is “we’ve got the world’s great military people in this room, I will tell you that”.  “The storm” must be connected to the military in some way.

Skip past the next few years, when I thought “the storm” would be the prosecutions of the coup-plotters and other deep-staters.  Then during the COVID-19 outbreak I figured “oh, THIS is the storm”.  Nope.  I then went back to thinking it must be the upcoming arrests.

As the terrorist organizations ran rampant over the past few weeks, it seemed like a last result for the deep-staters.  The election failed.  The coup-plot failed.  The impeachment failed.  The Chinese bio-attack failed, along with the push to inject us with some who-knows-what vaccine.  The attempt to destroy our economy failed, as it’s already bouncing back.  To make matters worse for the cabal, it’s MAGA rally season, and I’m about to order me a new Trump hat (this one in Navy blue – so clean).

When Hussein Obama’s new favorite domestic terrorist group AntiFa began their organized and well funded destruction, after a few nights I figured this had to be the storm, or something related.

This brings us to today.  I watched some clips of the Attorney General rub Margaret Brennan’s face in her fake news when I saw him tell her that the President has complete authority to use the military in a situation like we have now.

I then saw this, where it finally clicked for me:

The Storm is the President invoking the Insurrection Act!

This involves the military, corroborating the President's "calm before the storm" statement, and the Military has indeed been getting in position as of late.  The fact we have the Attorney General on a talk show telling the world the President has complete authority to use the military to squash an insurrection, and laughed about the federal government not listening to the governors in this situation is pretty incredible.  Barr also looks like he's about maxed out his tolerance for the media's crap.

Notice how the globalists have been popping up recently?  Romney marching with domestic terrorists.  Bush popping up, Powell, as well as other clowns.  Hillary and others are screeching, including a rare appearance from George Soros to deny funding AntiFa.  Gosh, I wonder what has all the globalists so flustered at the same time.

In closing, what does Dana White know about the media? He seems serious about his prediction. It makes me think back to the clip at the top when the reporter asks him "what's the storm Mr. President?", and the President tells her "you'll find out". 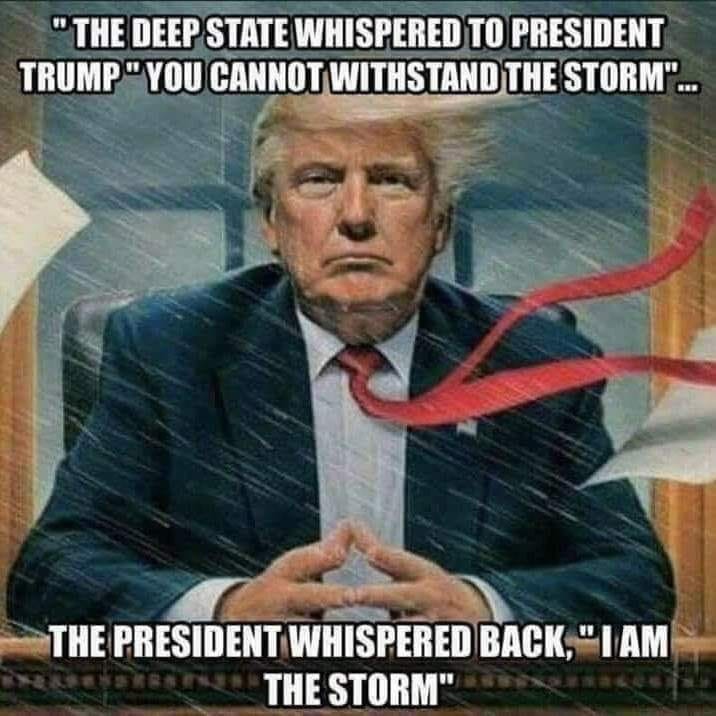