Ted Cruz came on the show hosted by the guy who said President Trump is responsible for the January 6th fed operation, on the network who helped steal the 2020 election, to explain his statements the other day.  Cruz most certainly stepped in it, and he got spanked hard-core by MAGA, but I don't think he's one of the bad guys.

A lot of MAGA have been cheering on Hunter's pal for playing hardball with Cruz, but after hearing the apology, I'm giving him a pass.  Did he know what he's saying?  Yes.  Did he deserve to get spanked?  Yes.  Did he learn his lesson?  I think so.

Cruz has said a few cringe things over the past few years, but he's nowhere near Romney/Cheney territory for me.  He's not as in-touch with the conservative MAGA base as I wish he were, but he's certainly better than most.

I think people coming down on Cruz really didn't like him in the first place, or they seem him as a snake in the grass to President Trump, but I'm not getting that vibe.  I learned in 2015 up to the election that he just rubs people the wrong way, or gives some people the creeps.

I think he's trying to artfully navigate the swamp without getting sewage on his shoes, and slipped.  I'm happy with the show of force behind MAGA that clearly gave him a good spanking, and I think he quickly realized who's in the majority, just in case he ever got confused.

Like my military officer father used to tell me "If you're confused, I'll un-confuse you real quick."  MAGA un-confused him.

Cruz has been strong on enough issues and hasn't gone the anti-Trump route, so I'm still OK with him, even after his screw-up.  He's someone we want on our side litigating, and he's one of our stronger players, even if he's out of touch once in a while.

I also wonder why people who are upset with Cruz continue to watch Fox News, who took part in the 2020 election coup media-side.  It's a real mystery to me.  They continue to say "yeah, but I only watch Cucker", who hasn't gone after the election coup beyond a light dusting every blue moon, as if that makes it OK.

For the love of God people, why can't you quit Fox News?

Don't get me wrong, Cucker, who's never said the words "Trump won", is the best on cable news and has been pretty solid on the topics his Fox News masters orders him to cover, but don't confuse him for MAGA, because that clown is anything but.  Some of us remember him from back in the 1990s cucking around with the stupid bow-tie and aren't fooled by his re-incarnation that somehow fooled many-a-political newcomers.

I forgive Ted and give him a pass. 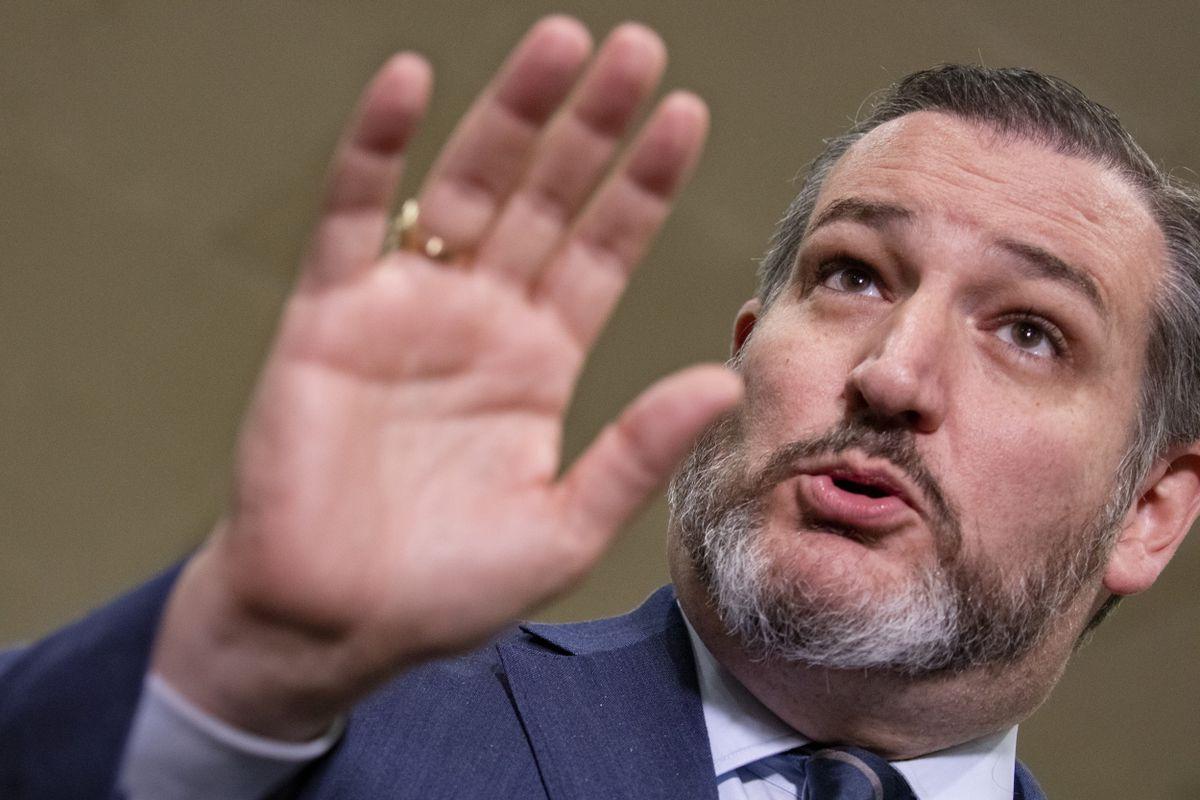