I find it interesting that Doug Ducey, the Governor of Arizona with the eyes close together like an inbred, who was also responsible for putting the bow-tie on the stolen election in Arizona, is dropping out of the Senate race.

He undoubtedly saw President Trump's endorsements run the table in the Texas primaries and knows he's alone on an island without a golden endorsement ticket.

(Boris Epshteyn does a quick hit on the unreal Texas primary exit polling):

He saw Justice Gableman's nuke drop report in Wisconsin, which could have easily swapped out the words "Wisconsin" for "Arizona" and knows that's more gasoline on the fire in the election investigation, further enraging Arizonians over his illegal certification of the election.

He knows he's heading into a more strict election, where the state legislature tightened up some of the election laws.  Ducey knows how massive President Trump's crowds are, and he knows his support in Arizona wouldn't even outnumber the line for Porta-Potties at a Trump rally.

What I'm wondering is why does he think he can't win?  These criminals have had the election under their thumb for years, and all of a sudden he doesn't think the deep-state powers that be behind the scenes can put him in office?  The McCain machine is a thing of the past.

When you control the election system, the voters are nothing more than an annoyance, like flies at a barbecue.  He's been ignoring the will of Arizonians for over a year without a care in the world, but now he thinks voters have a say?  What changed?

A Politico article from yesterday tried to provide cover as to why Ducey didn't want to hold one of the most powerful seats on the planet, where he also would have swiftly been ushered to sit on some powerful committee with lobbyist money falling out of the sky.

The article, of course, blames mean 'ol Donald Trump for targeting sweet and innocent Governor Ducey with such horrible abuse:

Former President Donald Trump has made Ducey a frequent target of abuse, criticizing him over the past year for his refusal to embrace election fraud conspiracies. In June, the former president said the Ducey “could not get the nomination” for Senate if he ran, and Trump continued to disparage the governor in recent statements and during a rally in Arizona last month.

Trump has yet to get behind anyone in the state’s Senate primary, despite endorsing in Arizona’s gubernatorial and secretary of state races this year.

Orange man is so bad.  This is also bad news for China Mitch, so Trump kills two RINO birds with one stone:

The “only downside” to not running for Senate, Ducey told donors, is not being able to serve with McConnell.

“I consider him an historic figure and one of the Titans of the Senate, and I am supportive of everything he’s doing to elect Republican senators and wrest back control from Chuck Schumer,” Ducey said.

McConnell has made no secret of his desire to recruit Ducey to help him take back the Senate. In a statement to POLITICO he called the governor a “good man and a great leader. While I’m disappointed he decided not to run, Arizona will be an important part of our plan to win the majority back.”

Ducey wanted to be a senator.  If he didn't, he would have put this to bed months ago, but coincidentally, he waits until the day after Justice Gableman's report in Wisconsin.

This tells me we're actually taking back our elections; otherwise, he wouldn't care about his lacking popularity.  There's too many people pissed off over 2020, too many eyeballs on the elections and how they're run, too many people know the machines are unsecure and on the internet, and overall the world is a different place in terms of their criminal infrastructure that's been exposed over the past year.

Ducey also knows on day one, Governor Lake and Secretary of State Finchem will launch investigations into the criminal coup conspirators, and he won't have cover even if elected to the Senate. 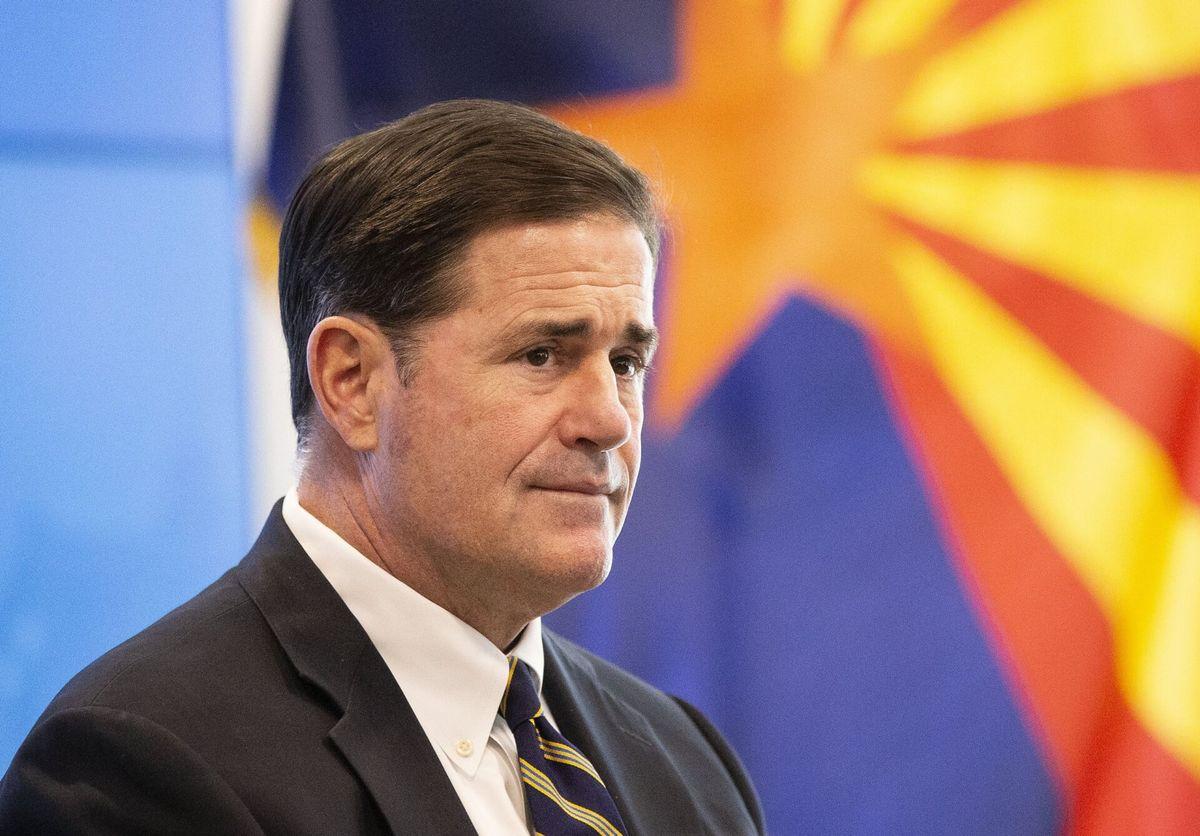